The Best Major League Baseball Players of 2013: Which MLB Superstars Will Race for the World Series Top Honors? 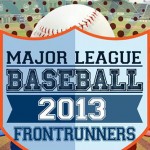 Awards are the ultimate validation of player’s sterling season and 2013 has a bumper crop of top performers poised to grab the major league baseball awards. With the postseason winding down as the two major leagues’ respective championship series hits the midway mark, we’re in the business end of things. This infographic is all about those that have the best chance to bag the three major awards for Most Valuable Player, Rookie of the Year, and Pitcher of the Year (Cy Young Award). We’re also shining the spotlight on the race for what is the best Manager of the Year, and the Viagra-sponsored Comeback Player of the Year.

The usual disclaimer: The frontrunners are based on performance statistics. Let’s all remember, however, that these awards are voted on. Members of the Baseball Writers’ Association of America (BBWAA) will each have their own voting tendencies and preferences.

Let’s start with the contest for Manager of the Year. In the National League, Don Mattingly is leading the pack. He took the heat for losing the first two games in the LA Dodger’s National League championship series against the St. Louis Cardinals, but a victory in the third game restored some goodwill. Over at the American League, John Farrell’s Boston Red Sox is tied at one game apiece with the Detroit Tigers. Both of our frontrunners are looking good.

MVP is always a hotly contested award. Over at the National League, Andrew McCutchen of the Pittsburgh Pirates is a clear frontrunner but not the overwhelming favorite, despite the fabulous hair. It’s a tighter race in the American League but last year’s awardee, Miguel Cabrera, is tipped to win it again this year.

For Rookie of the Year, the exuberant and mercurial Yasel Puig of the LA Dodgers has everyone chuckling in the National League, but it is starting pitcher Jose Fernandez of the Miami Marlins who has the big numbers. He’s been performing like a real pro and has been described as one of the best rookie seasons in baseball history and arguably the greatest ever by an age-20 hurler. At the American League, things get interesting as the frontrunner, Chris Archer, and the dark horse, Wil Myers, both belong to Tampa Bay Rays.

The Cy Young Award for pitcher of the year is, arguably, the most prestigious and coveted of all. In the National League this year, the competition is intense as both Clayton Kershaw of the LA Dodgers and Adam Wainwright of the St. Louis Cardinals are excellent choices and are  still throwing for glory in the league championship series. At the American League, Max Scherzer is still going strong in Detroit’s league championship battle against Boston Red Sox.

The award for AL Comeback Player of the Year has an interesting back story. Frontrunner Mariano Rivera is 43 and there is talk of him retiring when the season is over. The NL frontrunner is Dominican-born Francisco Liriano of the Pittsburgh Pirates who, after years of inconsistency, produced a stellar performance this season.

We’re weeks away from the start of the World Series and the casting of votes for this year’s MLB superstars. Many of the frontrunners featured in this page will go on to win awards. Some will lose out to dark horses. From the left field an unlikely winner might emerge.

Check out if your favorite player made it to the frontrunners selection:

Special thanks to Russ Cohen for helping us with creating this infographic.

Russ is also the author of a book ‘Baseball’s Best Rookies‘ that you can ORDER HERE.

The US has never had a president named William Howard. The president who threw out the first ever pitch was President William Howard TAFT. Major error in your infograph.

Thanks for noticing! :) We've already fixed that.

Reply to this comment »
Breaking Down the Value of Each MLB Award Front-runner [Infographic] says:

[…] Created by www.financesonline.com | Visit our Youtube and Vimeo [Finances Online] […]