10 Most Expensive Toys and Games: From Diamond Barbie to Astolat Dollhouse Castle

What is the most expensive toy in the world? A dollhouse tops our list but it’s unlike any other. The Astolat Dollhouse Castle is detailed with fine architecture, engineering and design boasting of 29 rooms, a pool and a gym. It even has a bar with real but tiny liquor bottles. You’ll find more most-expensive toys and games in 2022 on our updated list here.

Toys play an important role in the lives of children. Most parents are willing to spend large sums on toys and games as they help boost their children’s physical, mental, and cognitive development. Kids love to play fun video games and board games, assemble puzzle sets, learn how to ride a bike, and do other play activities during their holidays and leisure time. 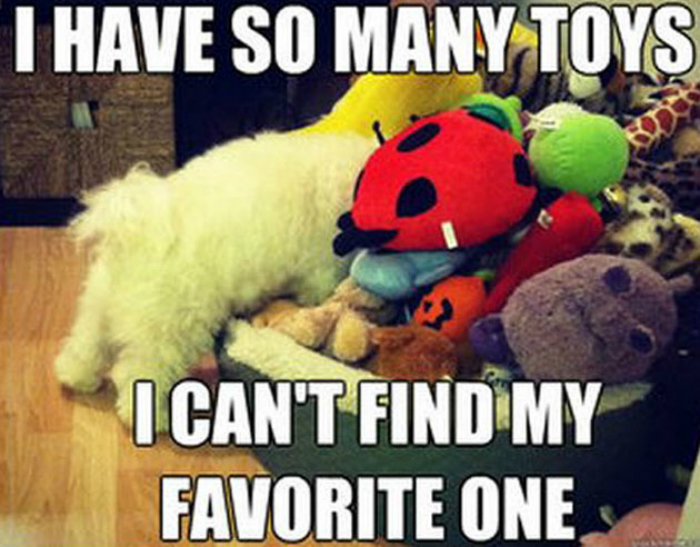 AOL.com reports that according to a study by the Toy Industry Association, average spending of US parents for their kids’ toys amount to $6,500. The funny part is most kids end up playing as much with the boxes and packaging as with the toys. Legos were the favorite toys among most of the respondents. 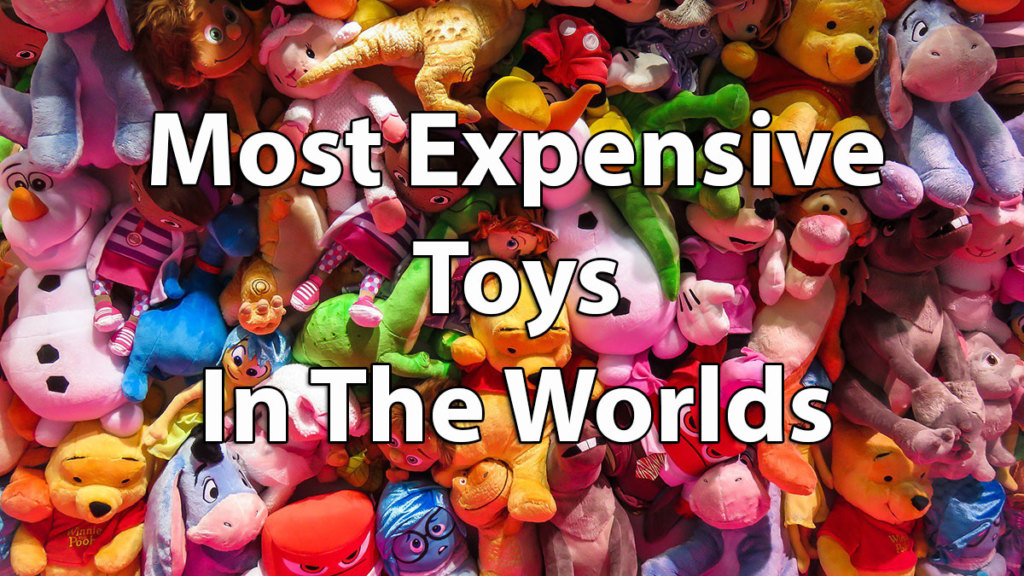 Now let’s get down to business and take a close look at the top 10 most expensive toys and games in 2022. 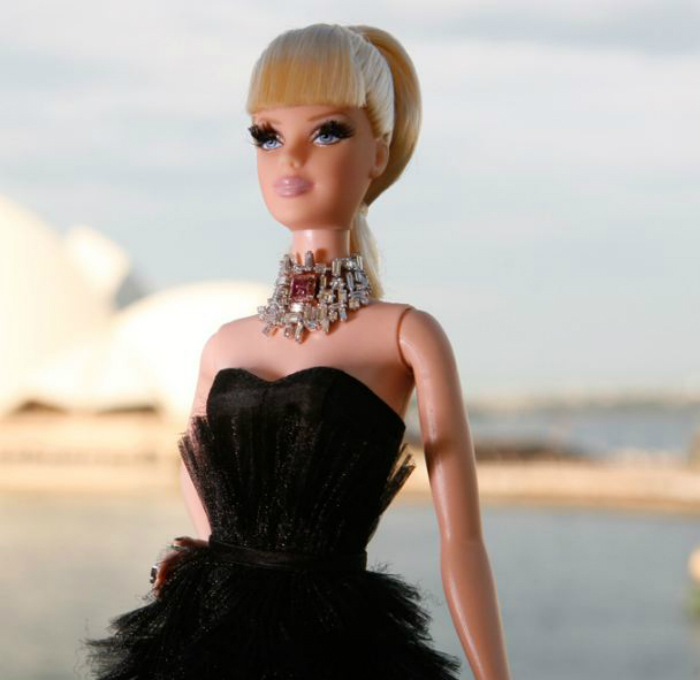 Australian jewelry designer Stefano Canturi conjured up this most expensive Barbie which is a doll worshipped by little girls. The Barbie sports a black strapless evening dress as well as a choker necklace that has a one-carat square-cut pink diamond. The necklace alone is worth $300k. The doll fetched $302,500 at an auction in 2010 and the proceeds were donated for breast cancer research. The previous record for the most expensive Barbie was just $17,091, sold in 2006. 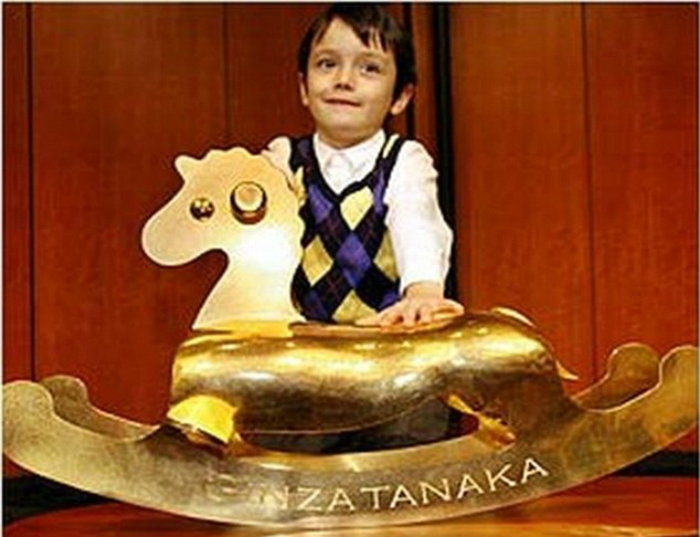 A rocking horse is one of the favorite toys of most people in their childhood. Japanese jeweler Ginza Tanaka went a step further and created this 24 carat gold rocking horse to honor the birth of Japan’s Prince Hisahito in 2016. The toy tips the scales at about 26 kg or 80 pounds. To add more zing to the story, celebrity couple Jay-Z and Beyonce bought this chic rocker for their daughter Blue Ivy by shelling out $600k.

You can buy a regular Rubik’s cube for just about $3 online. But if you are a diehard aficionado of this toy and flaunt a fat wallet, you can think about investing $1.5 million in the Masterpiece Rubik’s Cube which easily finds it a place in our list of most expensive toys and games. This beauty is a fully functional toy, with each side embellished with 185 carats of precious gems including rubies, emeralds, and amethysts.

Expert diamond cutter Fred Cueller crafted this masterpiece to commemorate the 15th anniversary of the Rubik’s Cube in 1995. The toy is made of 18 carat gold and instead of stickers each side has 34 carats of rubies, 34 carats of emeralds, and 22.5 carats of amethysts. Now you know why this collectible commands such an astronomical price. 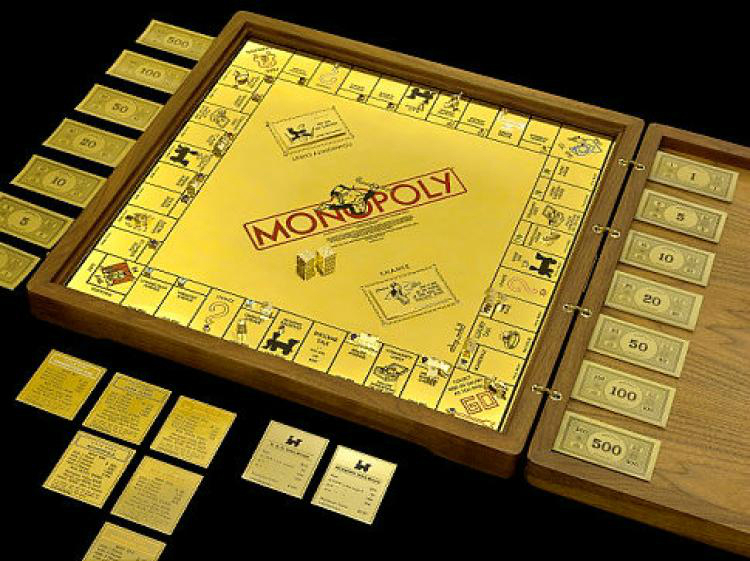 This is one of the costliest versions of the popular Monopoly board game and estimated to be worth $2 million. It is made of 18 carat gold and encrusted with jewels. It is the brainchild of San Francisco jewelry designer Sidney Mobell who created it in 1988. Mobell took a whole year to make this game.

The set of dice costs about $10,000 as the number dots are made with 42 full-cut diamonds. In addition, properties in the game board are set in gems and there are a total of 165 gemstones. The hotels are topped with sapphires and the house chimneys with rubies. This amazing piece of art was donated by Mobell to the Smithsonian Museum in 2003. 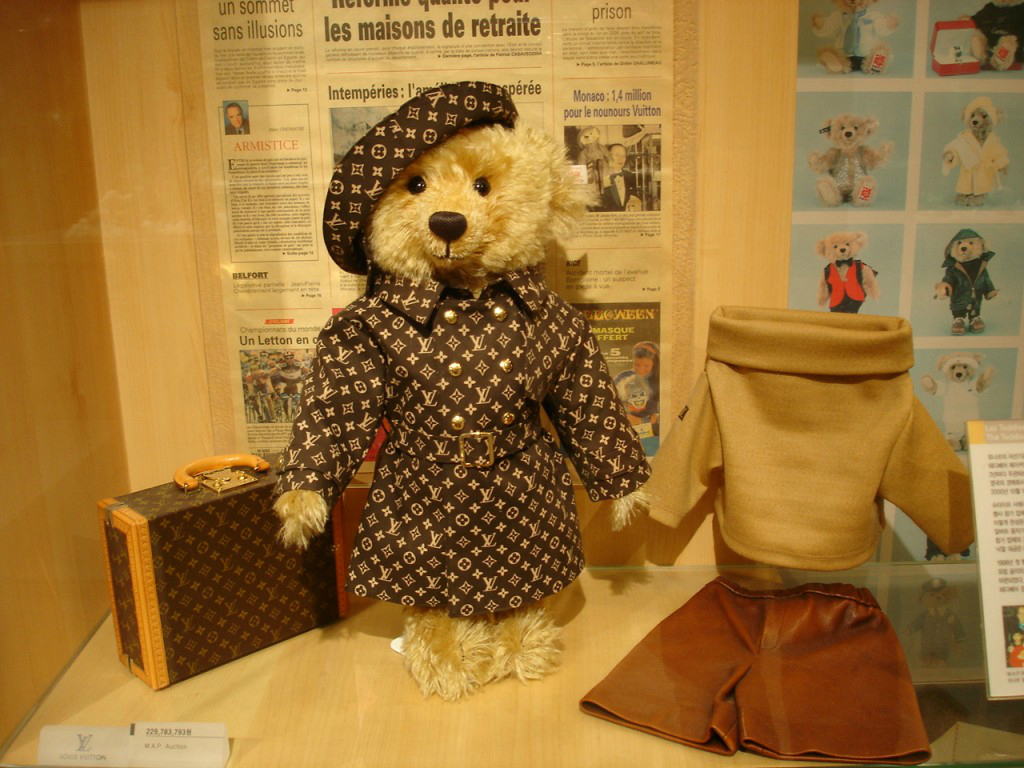 Teddy bears are some of the most cherished toys of one’s childhood. Their charm extends for a lifetime as exemplified by Mr. Bean and Teddy. German toy maker Steiff’s Louis Vuittion teddy bear holds the record for the most expensive toy of this type. It was bought by Korean Jessie Kim for $2.1 million at a 2000 Monaco auction.

This bear has been outfitted with a range of pricy Louis Vuitton travel gear and luggage. On top of that, it is made with real fur and gold, and has diamond and sapphire eyes. It is currently displayed at the Teddy Bear Museuem in Jeju, South Korea. Founded in 1880, Steiff remains a source of expensive stuffed toys and teddy bears thanks to the charm of its handcrafted designs and the attraction of the high-quality material they use to make their products. 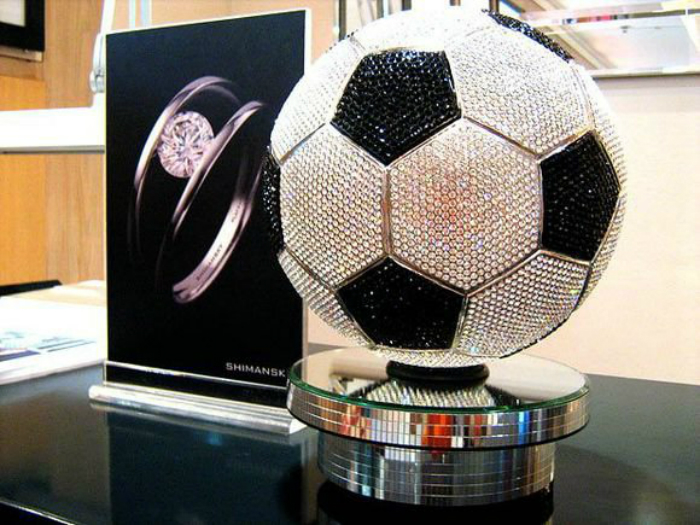 You cannot kick this soccer ball yet it costs a whopping $2.59 million. The reason: This ball is a 4.8 pound beauty that is encrusted with 3500 carats of South African diamonds including 6620 white diamonds and 2640 black diamonds. It was created by South African jewelry brand Shimansky to commemorate the soccer World Cup held in that nation in 2010.

Shimansky took three months to design and manufacture this magnum opus. The ball was made to attract wealthy soccer fans and tourists and entice them to buy Shimansky’s gemstones and other precious wares. The manufacturer also produced crystal replicas of the ball, displayed them in local stores, and auctioned them for charity. 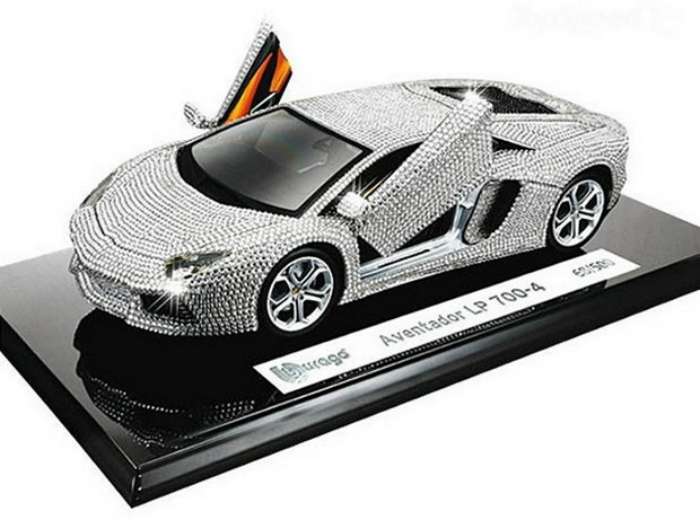 You can buy a real Lamborghini for about $380k. But this toy replica costs a whopping $4.6 million. The 1/8-size model was made by German engineer Robert Gulpen and the reason for its exorbitant price is that is has gold, diamonds, and platinum rims in its headlights, steering wheel, and seats. Gulpen took 500 hours to complete and present this tour de force. Now you know why this toy replica costs 10 times more than the real car. 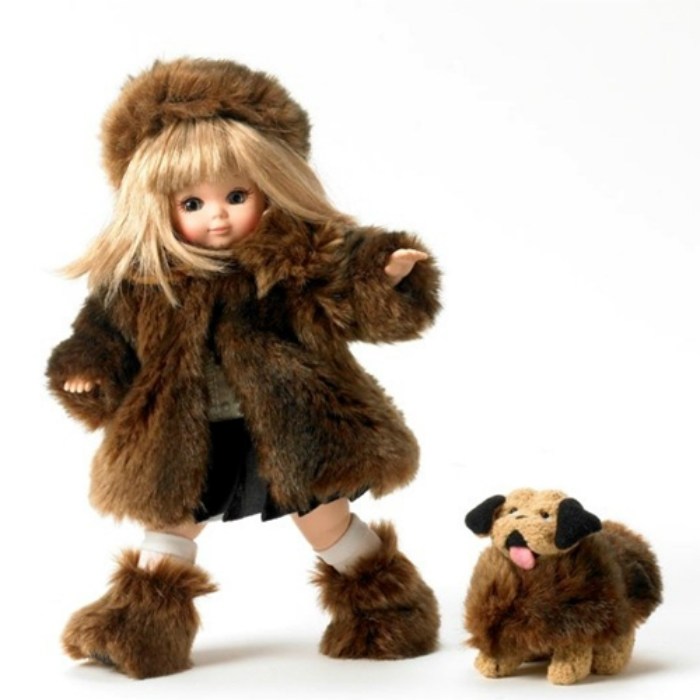 What would you do with $5 million? Buy a house or car, or begin a business? Or you could simply splurge the amount on a doll named Madame Alexander Eloise.

Why is this doll so lavishly expensive?. Because it hosts 9 carats of diamonds and other expensive accessories. Doll designer Madame Alexander created only five dolls of this type and each wears Swarovski crystals, Katherine Baumann accessories, Oscar de la Renta fur, and Christian Dior clothes. Madame Alexander Eloise elaborates her rich girl style with blond hair, chubby look, and a stylish dog. Only a very affluent person can afford to show interest in this magnificently accoutered doll.

L’Oiseleur (“the bird trainer” in French) is a 4ft tall moving doll designed by a French automata expert named Christian Bailly who took more than 15,000 hours to complete this project. The automated doll is given life and motion by 2,340 polished steel parts. It functions with the assistance of spring-driven cogs and gears, and not motors or batteries. L’Oiseleur is clothed in renaissance garb that is embellished with gold and pearls.

The doll’s accessories include a pair of singing birds, flute, and sword. It is dressed in velvet, satin, and silk, and features glass eyes and painted porcelain skin. If you wind the golden key, the Bird Trainer takes the flute to his mouth and plays the tune “Marche des Rois” by Georges Bizet. His eyes move back and forth, while his fingers work the instrument. In addition, the birds on the Trainer flap their wings, turn their heads, and open and close their beaks. The doll weighs 122 pounds including the mother-of-pearl and jade pedestal. 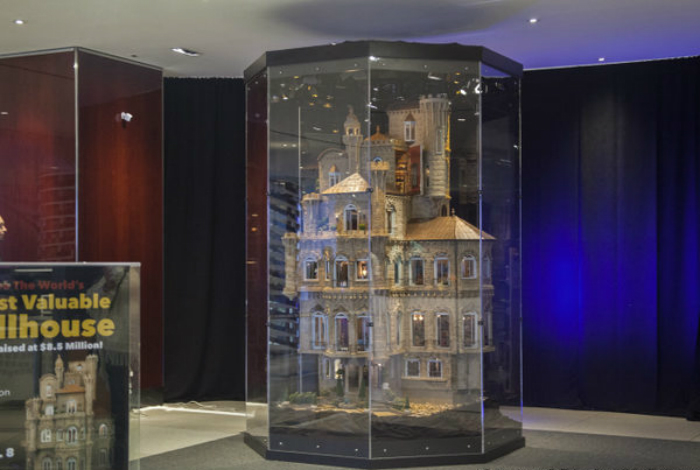 The most expensive toy on our list is also the most expensive dollhouse in the world. The Astolat Dollhouse Castle commands an astounding $8.5 million because it boasts the finest sculpting, architecture, engineering, and creativity. It has a gym, pool, 29 rooms, and multiple floors. On top of that, there is an armory, kitchen, wine cellar, basement, hallways, stairways, and seven levels. The bar has real tiny liquor bottles and there is also a grand ballroom, music room, library, and formal rooms. Finally, at the top level there is a majestic Wizard’s tower.

This masterwork took 13 years to complete and weighs between 815 and 890 pounds. Its $8.5 million price tag works out at $24,425 a square foot which makes it more expensive than real apartments in posh localities in New York and London. The Astolat dollhouse is named after the castle in the poem “The Lady of Shallot” penned by Alfred Lord Tennyson in the 19th century. The owners of this expensive collectible exhibit it in various popular locations to raise funds for kids’ charities.

That is crazy how much the Astolat Dollhouse Castle is.

I hate when people compare dolls to action figures and scratch their heads on what's the difference. Not only are action figures more durable and can take a beating and come with cool weapons but it's in the name Action. What action does a Ken doll do besides lay pipe to a Barbie doll. That's the only action Ken ever gets lol.

Exactly.. Try taking All that money and spend it on something sensible.. Open a homeless shelter.. Or like myself, have a dog rescue.. Id take that much money and save as many animals as i could and then hire people that cant get a good job because of a disability or not enough education and would pay them to help with animals.. Lots of better things to do with that much money.. U could get a lot more satisfaction outta doing that than you would looking at a toy u cant even play with...DumDums..

this is cool, i can't believe people would spend that much money for one toy (i guess they're only for collectors, though)