Credit Card Debt Help: Advice That Will Let You Pay Off Your Visa

In periods of stress–job loss, post-graduation unemployment, following an illness or injury–cash flow troubles mean that the credit card bills are piling up. In addition to the Visa or Mastercard, your department store card has a balance from your interview outfit, and your rewards card is piling up the interest payments faster than it is rewards. It’s a problem that happens to most of us at some point in our lives.

So what to do? Which debts to pay first, which to skip, and how to de-stress yourself? With these pointers, you’ll have a better idea of which switch to flip when the you-know-what hits the fan!

When it’s too late, and you’re already in debt, this isn’t the most helpful advice. But for young workers, lucky workers, or those who’ve made it back on their feet already, this pertains to you! Build up a cushion or Emergency Fund of at least six months of income, and keep it somewhere accessible but not TOO accessible: a CD (certificate of deposit) might be a good place, or just a traditional savings account–maybe one in a different bank than your usual bank, just to separate it mentally. Many local banks have better rates than the big banks, so that’s a good place to check.

Just to do the math, if you make $15/hr and work full time, then you make roughly $30,000 a year and should keep $15,000 in savings, just in case. This is especially true if you have a family–or might have one someday!–because other people are counting on you.

Another tip that I try to follow that helps with this problem is to divert any raises or bonuses straight to savings. If I get a 3% raise at year’s end, I try to maintain my expenses just as they were and set aside the extra income. This helps maintain my cushion, and if I psychologically think I have less money than I find I’m better able to keep from spending it.

First, it’s always a good idea to pay something on your credit card bills, because the finance charges stack up faster if you don’t. But that said, paying ONLY the minimum is a recipe for disaster! A high-rate 20% card with a $1,000 balance and $20 minimum payments will take 8.5 years to pay off if you only pay the minimum. And by the end, you’ll have paid twice as much as your balance, over $2,000 total. Needless to say, this is not a recipe for financial success. Whenever possible, paying more than the minimum is a good way to get ahead.

When I have a high credit card balance, I have trouble even looking at the bill. I know that it’s large, I know I can’t afford it all at once, and I don’t know what the best approach is. I’m stressed out, and so I just pretend it doesn’t exist.

Clearly this isn’t the right approach either! If I pretend hard enough that it doesn’t exist, I’ll miss a payment and face an even larger bill next month–not to mention a possible hit to my credit score if I miss enough payments.

Instead, the first step is to get a plan to get your debt under control. If you’ve decided to take this first step, kudos to you! It’s not easy financially but it’s almost harder psychologically. Debt pulls all the wrong strings for many people so deciding to make a plan is critically important and much better than just ignoring things until the bill collectors call. 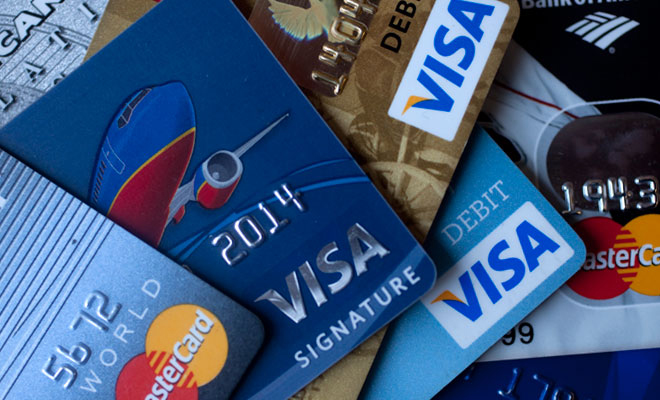 In the end, the answer to the question of “which debts to pay” is fairly straightforward. After taking care of the minimums for all your debt, focus on the highest rate–probably a credit card, store charge card, or payday loan. Apply any extra saving you have that month to your highest rate debt first. If it wipes it out, then good for you! On to the next one.

One important note here is that it’s not always obvious what the highest rate is. A payday loan is often associated with a flat fee and not a rate, so it’s hard to calculate. For credit cards, if there’s a fee associated with a missed or late payment, then you have to include that in the rate (more so if you’re in fear of missing a payment). For most credit cards, auto loans, mortgages, and student loan debt, it should be straightforward to tell. Also, late rent payments often come with a $50 or $75 “late fee.” On rent of $600, that comes to more than 10% a month or over 120% per year! Make sure to get these high-fee bills in on time and on budget.

Gift that Keeps on Giving

Paying off the high-rate card is a gift that keeps on giving. Once you pay off the highest rate card completely not only is your debt smaller but your new interest is smaller too. That is, each month your debt is going up by a smaller and smaller amount leaving you more money to pay towards the lower-rate cards or even for fun and savings of other kinds!

So there you have it! Pay off the highest-rate first, and make sure to include fees when determining which rate is highest. One final note on your six-month Emergency Fund. If you currently don’t have a fund, you should think of that as one more debt you owe, only this one is to yourself. If you should have a $15,000 emergency fund, and you currently have $0 in savings, then you owe yourself a cool fifteen grand!

One question comes up. Should repay yourself first (through your emergency fund), or pay off your debts? Since you owe it to yourself only, the interest rate is just 0%, making it your lowest-rate debt. The only exception is if you have an investment–say a CD or similar–that pays more than one of your debts. If you can find a CD with 5% but your credit card rate is 3% then you can build up more savings faster than you’re spending it. Good luck finding a CD that pays that much these days.

Your rule of thumb should be to pay high rate debts first, and following that advice is likely to save you money, stress, and interest payments. You’ll be back on your feet before you know it, and any debt-induced migraines will be a thing of the past!