Making music is one of humanity’s most primal urges, as testified by thousands of year old flutes from the stone age. While we haven’t stopped making music, we have progressed beyond knocking rocks together and blowing through a hole in a stick. In fact, we now make instruments so large, so specialized, so artistic, that they cost more than your car, more than your house, and for a rarefied few–more than you’ll even make in your life.

On the other hand, if your goal is to make lovely music, then perhaps money is no object. If that’s the case–or if you want to splurge on the best–we’ve collected the highest-cost must-have musical instruments. And then we’ve out-done ourselves with five more of the highest-cost can’t have musical instruments. Why can’t you have them? Because they’ve already sold–in the most expensive case, for millions of dollars. 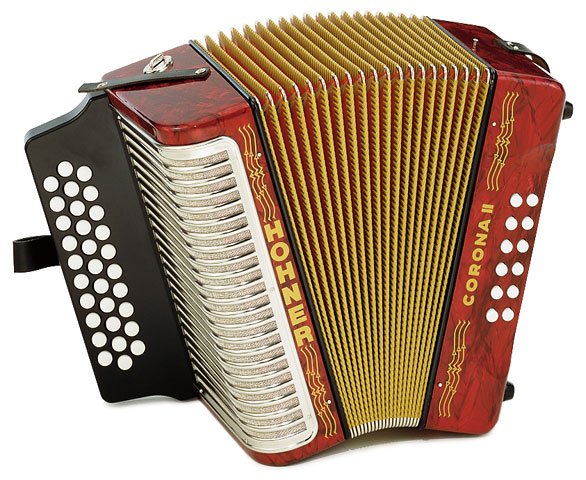 While not known as an expensive instrument, a nice accordion will set you back quite a bit. Take the Hohner Corona II diatonic accordion. Retailing for $2,152 this piece can be yours for only the cost of a mortgage payment or three! If you aren’t feeling this, there are cheaper options–but you get what you pay for. The Corona II is a standard option for Tejano musicians, and while you can certainly spend more, it makes for a good balance of cost and quality. And if you end up not playing it much, it’ll still look beautiful on the shelf.

The double bass–also known as the string bass or upright bass–is the largest and thus lowest-pitched bowed orchestral instrument. They aren’t joking when they call it “upright”–unlike the violin or even the cello, you can’t play it sitting down. Or at least not easily, for it is 6 feet from top to bottom. The double bass is so large, in fact, that the sounds it produces are actually one octave lower than noted–but to make music reading and writing easier, its music is written in the more familiar bass clef and just sounds lower at all times. And “large” describes the price tag, too: the Engelhardt Supreme goes for $3,550, and even their student model, 3/4 size Maestro, will run you $2,325. You’re getting a lot of bang for your buck though: the spruce and maple Supreme is going to look and sound beautiful. 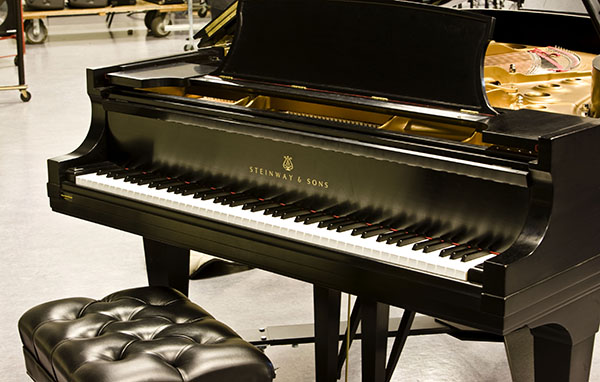 A classic upright like a Steinway is a great piece for your living room, and piano teachers are easy to find if you don’t already play. However, you’re making a large purchase–you might have to sell your car to afford one. Even a relatively recent upright Steinway will set you back $10,000 or more. If you want a baby grand, you’re talking at least twice as much (and perhaps much more). But, as Steinway tells it at least, you’re making an investment–one that historically did well against inflation. While the cat’s out of the bag and that will almost certainly not hold true now, it’s still a great instrument–wonderful sound, wonderful style, and the highlight of any living room. 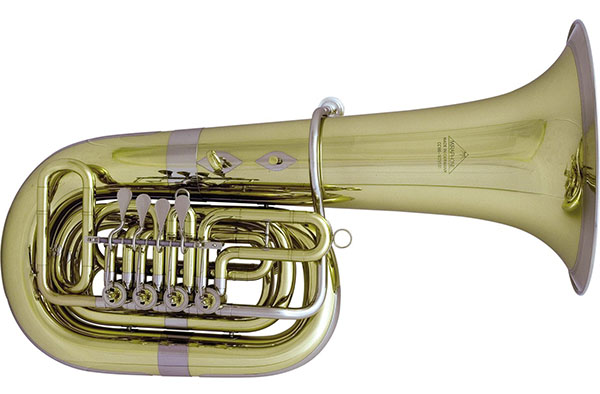 Have an extra $23,000 lying around? Me neither, but if you did you could put it to good use by acquiring a Miraphone 1293 Series tuba! Made from shiny yellow brass, this band geek’s best friend hits all the right notes–as long as those notes are on the bass clef. The tuba is an extremely powerful instrument on the bass register, so if you have any neighbors you’d like to annoy then this is the one for you. 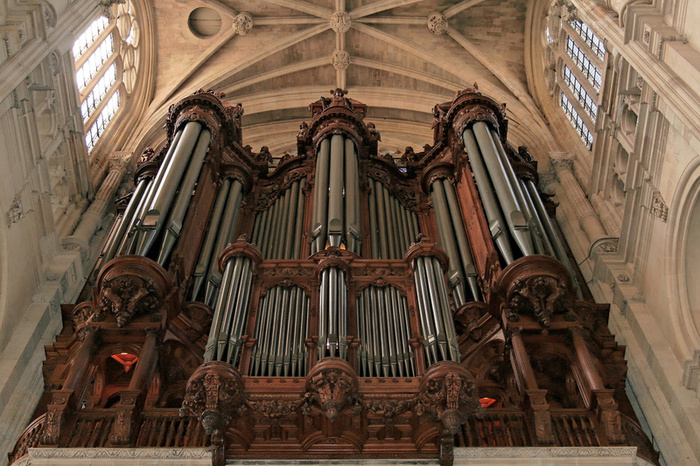 Ok, almost nobody actually owns a pipe organ–they mostly sit in churches, after all. But a pipe organ was too glorious to pass up, with ground-shaking lows and glass-shattering highs. At the low end, you can expect to drop $200,000; medium-sized churches will often spend up to $800,000 or more on a bone-rattling pipe organ. On the bright side, it truly is an investment: you can expect your pipe organ to last 60 years, and weighing many tons you’re definitely paying for something! And the Associated Pipe Organ Builders of America would like to assure you that guitars and drums will not “have a lasting place in traditional church worship”–so, they claim, you’ll have plenty of buyers should you need to resell it. But if you’re dropping a half mil on a pipe organ, why would you ever sell? Go big or go home–and when you go home, bring a pipe organ with you.

So far we’ve seen the most expensive musical instruments to pick up. But what about after you’ve mastered your instrument and in fact are now a world-class musician in need of the best money can buy? You’ll need to spend a bit more than a few thousand dollars, and depending on your instrument, here’s what you can expect to shell out!

This fine piece–crafted in 1765 by Gennaro Gagliano–was meticulously analyzed to ensure authenticity before being sold. Declared authentic, the cello (violoncello is just the Italian for cello) was put up for auction in 2009. The price for the rare masterpiece: $362,500, which amounts to thousands of months of cello rentals at usual student prices!

When sold recently, this viola–a cousin of the violin, but a bit larger–was almost five hundred years old! The creator, Gasparo Bertolotti da Salo, spent his whole life making violas, and turned out about one a year, ending up producing about 60 in his life. This particular specimen, in mint condition, was auctioned off–and fetched $542,000.

C.F. Martin and Company has been making guitars since the 1800s, an impressive feat for a fairly recent instrument. The OM-45 Deluxe, produced in 1930, was a limited series with only 15 made–one was owned (and played!) by Roy Rogers, a cowboy country music star. A museum of the man’s life decided to sell the guitar, and they made off like bandits: it went for $554,500 at auction, which presumably was enough to cover whatever electric bills forced them into selling off the merchandise.

This top-selling electric guitar was once Eric Clapton’s, and similar guitars were played by Jimi Hendrix, Stevie Ray Vaughn, and Buddy Holly. Not a bad vintage! This particular guitar was actually three guitars, but was re-pieced together. Clapton ended up playing it for over a decade, a time that would see it in scores of concerts worldwide. When sold at auction much later, the winning bid was for almost seven figures–$959,500. 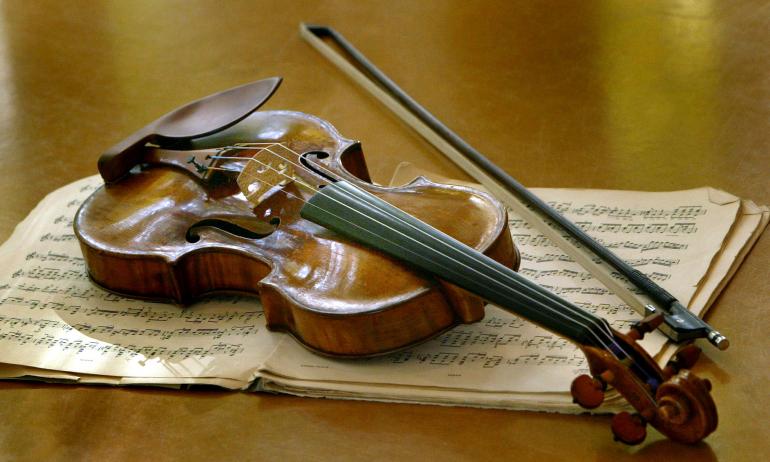 Antonio Stradivari was an Italian from the town of Cremona, and his violins are renowned as the greatest of all time. The film The Red Violin was based on a violin of his, Sherlock Holmes played a Stradivari, and a Stradivari is the object of a mission in the video game Fallout: needless to say, a violin made by Stradivari is an item so rare and so exquisite that, if it came on the market, would not go cheap. Despite their age, they still play as beautiful as ever; the Israeli-American violinist Itzhak Perlman plays a Stradivari. When it came up for auction in 2006, the so-called Hammer Violin–named after a previous owner in the 1800s–sold high: the final bid came out at $1.6 million!