All that glitters is not gold, but fear not: there’s plenty of gold to go around. Much of the wealth is distributed unevenly, however, and gold production varies widely among different nations. From relative unknowns like Uzbekistan to long-time champs South Africa, gold production of dozens of tons per year is not unheard of in the most gold-rich nations. This sample of gold producers starts at number ten, Uzbekistan, until the surprise grand champion nation which produces almost four times as much.

Uzbekistan is one of only two doubly landlocked countries in the world, but that doesn’t mean it’s short on precious resources (though they might have a tougher time shipping them!). Coming in at number 10 on our top ten biggest gold producing countries in the world is Uzbekistan, producing 90,000 kg of gold per year. Much of the country’s gold is nationalized, and owned by Navoi Mining and Metallurgial Combinant mine. While Uzbekistan is at the bottom of our top ten list, it does boast the biggest open-pit mine in the world, which is the Murutau mine. Gold isn’t the only precious resource that Uzbekistan is known for. It also boasts impressive reserves of copper, molybdenum, silver, and uranium.

While Uzbekistan claims the largest open-pit mine in the world, the record for the largest gold mine on the planet, belonging to Indonesia, is Grasberg. This mine employs 19,000 workers. Unfortunately, it’s also considered one of the world’s most toxic locations. This mine releases 1,000 tons of mercury into the atmosphere every year, in addition to producing 100,000 kilograms of gold. In fact, the people who live near this mine consume fish that contain twice the recommended amount of mercury, meaning that it’s an extremely unhealthy process for the people of the area.

Once known as the Gold Coast for the abundance of metals, Ghana produced 100 tons of gold in 2011, though its supplies are diminishing as there are only an estimated 1,400 tons in reserve. Ghana’s gold mining industry makes up 5% of the country’s GDP, and minerals are 37% of the nations exports. Ghana is second on the list of largest gold producing countries in Africa, behind South Africa. 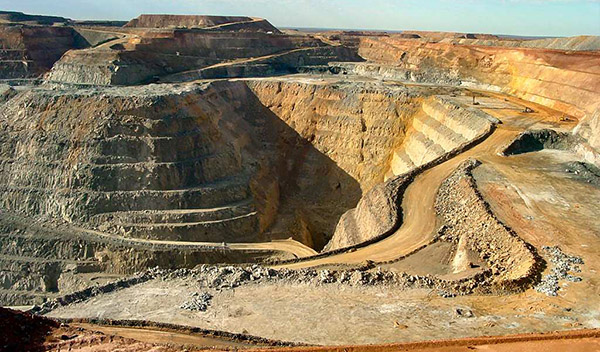 Oh Canada, land of snow, oil, and precious metals. The majority of Canada’s gold is from Ontario, specifically Red Lake gold mine. Canada is so patriotic about its gold, in fact, that if you have a few hundred dollars laying around, you can get yourself a Canadian gold coin for several hundred dollars! Get them while you can, because the Canadian gold mines are among the smallest in the top ten list of highest gold producing countries.

Peru is the largest producing gold country in Latin America, and only second in the Americas to the United States. While the country is bringing in some certain money from gold profits, the price of gold mining has negative impacts on the environment. Mining in Peru has increased by 400% in the past decade, which means that a huge toll has been taken on the Peruvian Amazon. The problem with Peruvian gold mines is that many of them are located at the top of mountains, and the mountains and land in the surrounding area are affected by the mining processes.

The number one gold producing country in the entire content of Africa is South Africa, coming in at 190,000 kilograms per year. Perhaps the most amazing thing about South Africa’s gold mining is that there is still more than 6,000 tons left to be uncovered. In fact, until 2006, South Africa was considered the largest producer of gold on the planet, and while there’s some lagging behind these days there’s room for catching up. Gold mining in South Africa has been the biggest driving force behind the country’s participation in the global economy. An 1886 South African gold rush led to the establishment of Johannesburg, the biggest city in the country today. 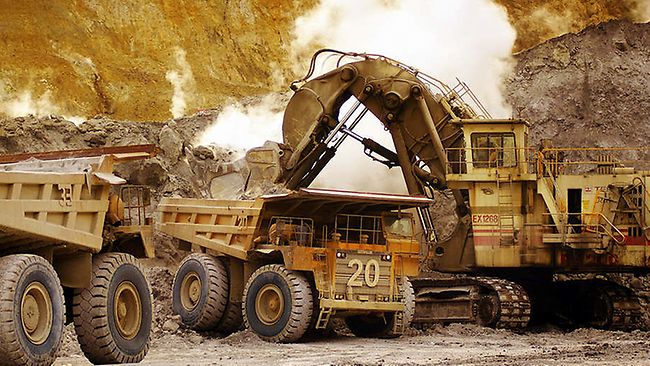 With roughly ⅙ of the world’s landmass, it is not surprising that Russia would be chalk-full of gold. Over 5,000 tons are still sitting, mostly untouched, in the far eastern reaches of Siberia and beyond, but Russia has also been steadily importing gold to feed its seemingly insatiable appetite for the shiny stuff: in 2012, it imported roughly 5% again of its then-reserves of over 900 tons of gold sitting in the bank. Whether sitting in the bank or under ground, Russia surely likes its gold.

Topping the Russians are their Cold War rival: the United States, the third-ranked producers of gold at current rates. While its mines are mostly in Nevada (nearby to Las Vegas–a strange coincidence of shimmering city with shimmering metal) and Montana, most of its gold sits in vaults under New York City, Fort Knox, and elsewhere. Over 8,000 tons of gold are held in these vaults by the Federal Reserve and the Treasury Department; the totals are equivalent to 75% of total foreign reserves. The current high production figures are due to the reopening of once defunct mines in Montana as gold prices have spiralled up in recent years.

The miners down under have been working steadily under their barren soils to yield a massive haul and earn second place on the list with 270,000 kilograms of gold. Two thirds of the total comes from mines in Western Australia, based out of Perth. The largest open mine on the continent, named the Golden Mile, leads the nation in production of this valuable export, which earns Australia $14 billion per year. In addition to roughly 7,400 tons of unmined reserves, Australia holds around 80 tons of gold or 9.3% of its foreign reserves.

Topping this list as it tops so many others, China mines almost ⅓ more than the next closest competitor. In addition to taking top honors as producer, China is the number one consumer of gold, befitting a country whose development has pulled hundreds of millions of people out of poverty. Most mines sit in Shandong Province, located midway between Beijing and Shanghai, and roughly one fifth of output is controlled by the China National Gold Group. Despite its vast gold mines, only 1,000 tons are held as reserve–a massive amount by most standards but a mere 1.7% of its foreign holdings. Over 1,900 tons are still sitting in the ground, although they are fast going: its annual pace has risen over 10% and seems, if anything, likely to pick up with higher gold prices.

The envy of the world with much hesitation from a minority who can defecate laughing at such pomp...Gold has it place in society and technology, but the gist of it all is other resources, once underestimated by even the scientific class, are more valuable and important than gold. Let's merely consider the heaviest of elements, Uranium, or better yet, U-235 at 1 million a gram. That can do some convincing anywhere....

Nevada has been working so hard to reach the climax point of gold producing sector ... Which must come to reality ,more efforts will skyrock their production chart to a pinnacle

Strange how the US has 75% of its reserve in gold but the rest of the world hold mostly US dollars as reserves. China with less than 2%. Any ideas why??

Its because the Federal Reserve( which by the way has nothing to do with the federal government) supplies the US with paper which is controlled by several wealthy people. It has been given the illusion of an unfaltering commodity through several decades of hard work and doing anything (including killing people mostly foreign leaders, stealing oil and resources from others and also using the rest of the world like slaves) in order to bolster the worlds largest economy and make it the envy of the world. That is why wherever you go around the world people will die for a dollar. Illusion is the most powerful tool along with compound interest. The worlds poorest nations borrow USD from the IMF and have to pay unfathomable interest rates that eventually cause majority of them to fail and a few to succeed. Pitting the poorest against each other. But hey if its accepted and legal even economic rape is not a crime its just capitalism!

Gold, not dollar reserve, is still the preferred form of foreign reserves. The U.S. dollar is just paper, overprinted by the government to create a false boom. But gold will always be gold even during recession.

And I thought California has the biggest gold mines in the U.S. along with Alaska. They didn’t name it the Golden State for nothing. I guess the old folks should have gone instead to Montana or Nevada instead of trying their luck in the bitter cold of Alaska.

The old timers mined out the highest grade near surface lode deposits in California in the first gold rush. A second "technological" gold rush has enabled vast low grade reserves to be economically considered for mining. The gold in Nevada occurs as large underground deposits that are very low grade...not even visible by the naked eye. Due to these innovations in technology and metallurgy, gold that was considered too low grade in the 1800's is now profitable today.

I'm not surprised that Australia is the second largest of the gold producing countries. I recently watched a excellent documentary on a long lost ship wreck off the coast of Wales. The ship was carrying millions worth of Australian gold, to bad I don't like deep sea diving.

What is the name of the documentary?