While tax day is still many months off, the burden of taxes represents a constant concern for many Americans. But in many cases, the burden is much greater for people living elsewhere. How much greater? We’ve collected the Top Ten Highest Top Tax Rates, which start at a hefty 48% and just go up from there. If you hate taxes, here’s a list of places to avoid–but if you’d love the healthcare, education, and pensions that those taxes pay for, then here’s a set of states for you to consider!

Ireland is known as a corporate tax haven, with corporations like Apple, Google, and Microsoft incorporating local companies to take advantage of the low corporate income tax rate (12.5%). Of course, the Irish government still must fund itself somehow, and aid from the European Union has meant that they need to raise taxes on residents. And they have: the tax rate is up to 48% for income beyond $40,696. This is admittedly above the Irish average of about $30,000 per worker, but still represents a good fraction of individuals giving up almost half their income!

Finland is well-known for having made enormous improvements in the quality of its educational system, and being at the top of many rankings. Finland has made a concerted effort to praise teachers in hopes that this would attract them–but they’ve also made an effort to pay them more, and this doesn’t come cheap. The almost 50% tax rate only applies to a small fraction of earners as Finland’s median income is around $31,000 but for those high earners it certainly stings.

On the one hand, those earning less than about $14,000 pay no taxes, but on the other–the rich have quite a bill to foot. Fortunately (or unfortunately) for those rich, even in a country as wealthy the UK, very few earners are making enough to get hit by this rate–the median income in the UK is only $25,000. Nevertheless, with London’s role as a global financial center, there are many high-earners paying this rate and even accounting software big companies use can still generate surprising costs. But rest easy, wealthy Brits: your tax rate will drop to 45% next April. 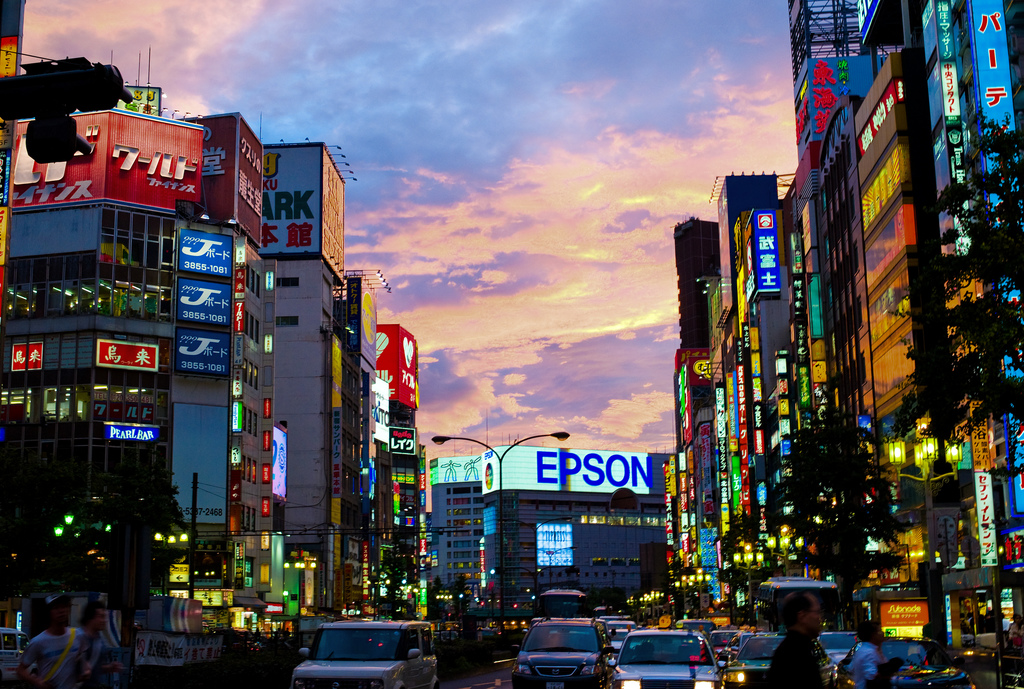 Coming in just ahead of the United Kingdom due to the slightly lower cutoff, Japan is another country featuring a global city (Tokyo) and a high tax rate on ultra-high earners. While not chiefly a financial center (though there is plenty of finance), the supremacy of Japanese firms from Toyota to Nintendo means that there are plenty of high incomes to tap. And a good thing, as the Japanese government’s total debt is over twice the country’s annual income–so that’s a heck of a lot of taxes if they ever want to pay it off. With a median income of about $27,000 most won’t have to hand over this much but for those who do, the tax check of over $100,000 must be daunting.

Now we’re talking: 50% on a much larger fraction of the population places puts Austria ahead of the UK and Japan. And if you’re earning a paycheck (rather than capital gains or interest), then you can expect a bill for a further 18% in payroll taxes. This puts the tax bill for a worker earning $75,000 at just over $50,000–meaning you’d better be getting some fancy healthcare, a nice pension, and a whole lot more if it’s going to be worth it. Oh, and don’t think about stashing your cash next door in Switzerland: money held there is taxed through a special agreement with the famously reclusive Swiss government.

Rounding out the 50% crowd is Belgium, home to waffles, chocolate, and the European Union. A quite diverse country, in part owing to Brussels’s status as the “capital of Europe”, Belgium is nevertheless not shy about taxing away your income. And tax it away they do: between income, payroll, and local taxes, you’re lucky there’s anything leftover for you!

In Belgium’s neighbor to the north, Netherlands, the tax rate is just a shade higher–at least for high earners. While average income for a worker is $29,000, a fair portion of the Dutch are paying over half their income in taxes. And it’s not just the footballers! Major brewers, banks, and industrial conglomerates dot the Dutch landscape, and even though they are using skilled accountants and high-end accounting software many paying large salaries that are taxed at the high rate. On the other hand, marijuana is legal, meaning that the mix of taxes and regulations that one would face in Netherlands–as elsewhere–are a matter of “you win some, you lose some”.

This high rate is, in fact, down from the 62.3% it was a few years ago. In population a bit smaller than the state of Massachusetts, Denmark tries to get a lot of government bang from its small population’s bucks, funding a universal healthcare system, a top-notch school system, and generous unemployment benefits. Following the so-called Nordic Model, Denmark nevertheless has a very free market and the fourth-highest median wage in the world at almost $40,000 per earner, as well as generally quite low unemployment. A good thing, too, if you want to justify such a high tax rate.

Unsurprisingly, Sweden has the highest tax rate in Europe and the second-highest in the world. Commonly referred to as an almost stereotypical socialist state, Sweden follows–or perhaps, invented–the Nordic Model that characterizes Norway, Finland, Denmark, and Iceland as well as Sweden. As in Denmark, the high tax rates subsidize a broad social safety net including free education, subsidized healthcare, and even a guaranteed personal pension. Sweden is also a prime example of the benefits of a free market even alongside a high tax rate, as the nation has more billionaires per capita than the United States, including the founder and owners of Ikea, H&M, and Tetra-Pak. Despite the high income tax rate, there are no taxes on residential property sales nor on inheritance–a fact that the children of the Ikea, H&M, and Tetra-Pak owners are no doubt keenly aware of. 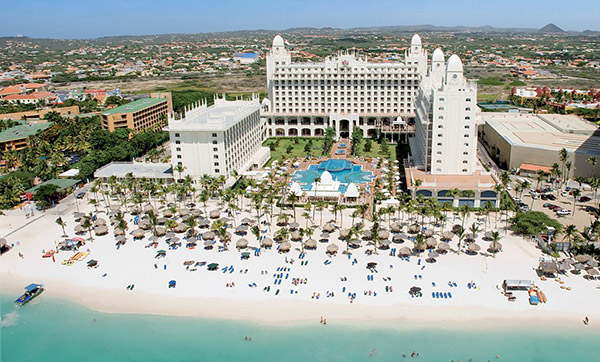 Aruba, one of the four countries making up the Kingdom of the Netherlands, manages to out-do even the Dutch at taxation: the income tax rate is currently the world’s highest. While Aruba is among the highest-income places in the Caribbean, it has far and away the highest tax rate among nearby places: Bermuda, the Bahamas, and the Cayman Islands all feature a tax rate of zero. On the other hand, Aruba is by far the lowest-income country on the list, with a UN estimated average income of $23,000–and surely the median income is much lower still. One tip if you’re considering the lovely Aruba: get married! The rate for married couples is about 3% lower than for singles, certainly unfair but an advantage of thousands of dollars if you’re in this tax bracket.

Shockingly, the United States once had a top income tax rate of over 90% in the years after World War II. Given that the top tax rate today is under 40%, this historical rate represents an enormously different culture than prevails today. President Kennedy, a Democrat, campaigned on lowering this tax rate, and it would fall to 71% by 1970. But if we could travel back in time, we would see the USA at the top of this list!

Interesting numbers. This is, of course, the national income tax, and doesn't take into account any other taxes.

When we do these listings, let's not compare apples and oranges.

Income taxes are not the only ones paid. VAT, sales tax, property tax, excise taxes, road tolls, licensing fees--all are different forms of taxation but should all be factored into the overall rate.

Moreover, we should note what the taxes are paying for. Is it really fair to say that U.S. citizens are not "taxed" when our health care premiums come out of our paychecks (and when we pay usorious levels of copays and deductibles)? How about any contributions we make to retirement?

When I look at my comfy middle-class salary plus bennies, and then I calculate my dispoable income after I pay taxes, health care, retirement, and all the rest, I'm paying over 62% of my income. I don't care if you take it all in taxes or if you split it up among private insurance and invidivual retirement, I'm paying more than people in these high-tax nations and I'm getting less in return.

Now, if I were living in poverty I might be coming out ahead--and if I was uber-wealthy I certainly would--but U.S. middle class citizens need to consider these things.

Well, most of the facts about Sweden are correct. However, the statement "there are no taxes on residential property sales" is not correct. If you sell your house or apartment in Sweden, you pay a 22 % tax on the profit. Furhtermore, there is no tax on a persons fortune. Even if you are a billionaire, you don't pay any tax on you fortune. Finally, the property tax is very, very low. It is dependent on the value of the property, but maximized to SEK 7 074 per year, which is corresponding to 800 dollars per year.

There is no tax on a persons fortune in the US. only on new income. If you have $100 billion in the bank you are taxed on the interests not the principal.