They are the ultimate engines for the road. Supercars built not only for speed, but as an ultimate symbol of scandalous luxury. We run through this year’s top ten most expensive supercars, and just for fun, we wonder how the average Joe on the street can get their hands behind the wheel of one of these engineering marvels.

So hang tight and let’s burn rubber with ten silly ways on how to own one of the top ten most expensive supercars of 2013.

The guys from Germany have made it into the list of the most expensive supercars this year featuring a neat machine powered by a 3.4L V8 engine that can send this Spyder clocking in at 200 mph tops. But it’s not only speed that makes this supercar remarkable; Porsche has plugged in a hybrid propulsion system into this car, featuring three electric motors that deliver an additional 218 horsepower.

How to get it: Break the piggy bank

Let’s say one regular size piggy bank can save you $500. If you’re going this silly route, you’ll need 1,690 piggies to meet the Spyder’s price tag. But if you want all those coins in one place, a simple math will do: one average piggy bank is about 8 inches wide by 6 inches tall. To accommodate all those coins, you need a piggy bank that’s about 1,126 feet wide by 845 feet or roughly six times the size of the supercar you’re dreaming to buy, that is, if after decades of filing up the piggy the company is still around. 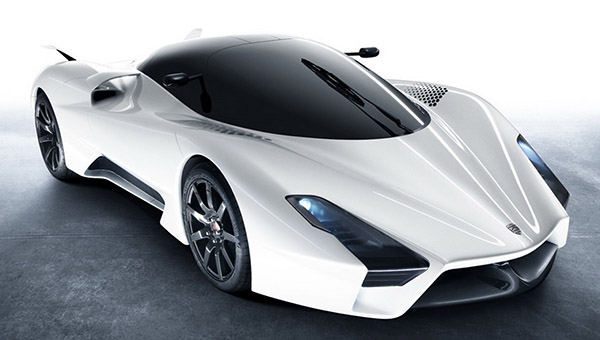 The Americans got a shot this year with the SSC Tuatara nearly breaching the $1M mark. Shelby SuperCars took inspiration from a Kiwi lizard called Tuatara, but there’s nothing slimy about this supercar. It’s a luxury machine powered by a twin-turbo V8 engine producing 1350 horsepower. The lizard has a top speed of 276 mph and features carbon ceramic disc brakes because driving is not all speeding, but breaking effectively, too.

How to get it: Sell the house 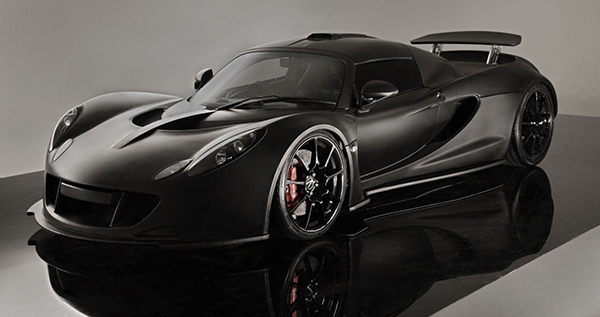 Only ten units per year are being churned out by Texas-based Hennessey Performance Engineering for this supercar. It’s powered by Chevrolet LS2 V8 engine that delivers 1,200 horsepower. It has a top speed of 272 mph, but occasionally it is meant for slow driving for everyone to gawk at it and the guy (you!) behind the wheels. Venom GT welcomes buyers to the class of million-dollar supercars.

How to get it: Car pool with friends

If you’re living a comfy lower middle class life you can still have the Hennessey. If you and 140 of your friends can set aside seven grand for a small car each, then getting a supercar is a simple as pooling together your car budget and settling for just one car for the whole group. Of course, you need to car pool and schedule who’s driving when. Not bad when you consider that you can drive this supercar twice a year. Just take the bus or cab it for the rest of the year.

It’s a sleek machine designed with one thing in mind: tease onlookers. This sexy Italian car was launched last spring highlighting its cutting edge carbon-titanium monocoque that supports the supercar’s weight via its external shell, much like an eggshell. The application of composite materials and newer technologies makes the Huayra—it means a South American wind god—one of the sleekest and fastest machines on the road today. Powered by a Mercedes M158 AMG V12 engine with a 738 horsepower, the supercar can reach 233 mph.

How to get it: salary advance

If this is a parallel universe where you can ask your boss to take out a salary advance to buy the Huayra, how long will you be working to make up for the cash advance? Let’s say you’re earning a middle-class income of $45,000. You can spend half of that income for your daily costs (forget retirement) and half for the supercar. That means you need to stick it with the boss for 58 years to pay up for the Huayra, which, by the time you’re done with payment, is probably just a piece of clunking metal.

It’s the car of the super millionaires, the symbol of opulent driving if not being driven. It’s luxury combined with power featuring a Mercedes-AMG engine that delivers 612 horsepower with five automatic transmission. It can reach 0-60 mph in a little over five seconds, but this supercar is really built for a luxury ride, rather than speed. Daimler even plopped in a private jet-like reclining rear passenger seats to make sure you get a comfy ride while listening to the music courtesy of the Bose Dolby surround system.

How to get it: Take care of rich relative

Now is the time to be the nice distant relative. Check your genealogy for a chance to spot that super millionaire uncle twice or thrice removed needing some care giving. It’s a long shot to be included in the last will or testament, but for the meantime, you can chauffer for him or her driving the supercar. It’s the next best thing in case your charm fails you to inherit Laundalet. 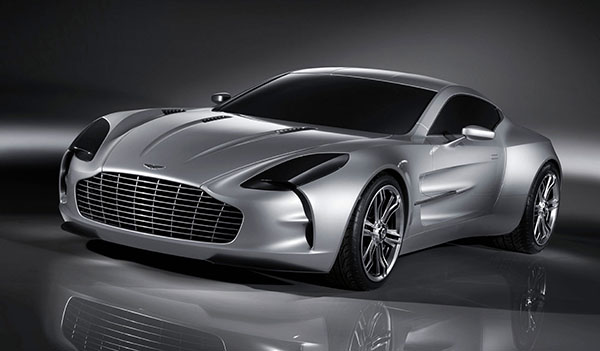 This elegant supercar created a media blitz of late for being entirely handcrafted using a liberal amount of carbon fiber for superior aerodynamics. Combined with its 7.3L V12 engine, the One-77 can reach a top speed of 220 mph and 0-60 mph in 3.5 seconds. If you thought you’ve seen this car somewhere, perhaps in you’ve played it in the popular video games, “Need for Speed: Hot Pursuit and Forza Motorsport 4.

How to get it: Apply as a crash test dummy

It’s a once in a lifetime chance to drive the One-77 with the highlight on ‘once’ if you decide to be a crash test dummy. But, hey, you can bet you’re the only one in your social circle to have driven an Aston Martin. It’s a selfie waiting to be taken; just make sure to share the photo right away before the crash test starts in a few minutes. 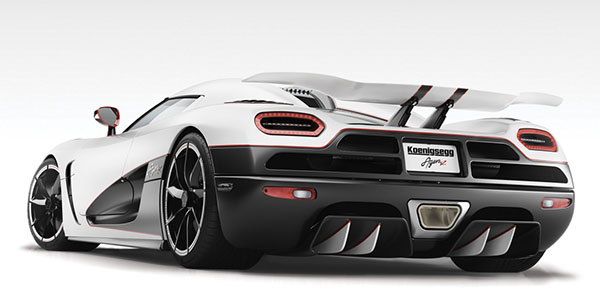 The price is staggering but the engine is even more impressive: a Koenigsegg Biofuel V8 that delivers a whopping 1115 horsepower with a dual clutch 7-speed transmission. It has a top speed of 240 mph and can sprint 0-60 mph in 2.9 seconds. The Swedish luxury car is also available in carbon fiber material, but you need to shell out an additional $250,000.

How to get it: Be a really good mechanical engineer

And hope to get on board the Koenigsegg team. You’re not only driving this supercar, but designing its future versions. We bet this piece of engineering marvel can only improve over time, after racking up experience and technological evolutions through the years. The Swedish supercar has the kick to square it off with a Bugatti Veyron, even winning a race in this viral video. Of course, racing is also a drivers’ skills game than what’s under the hood. 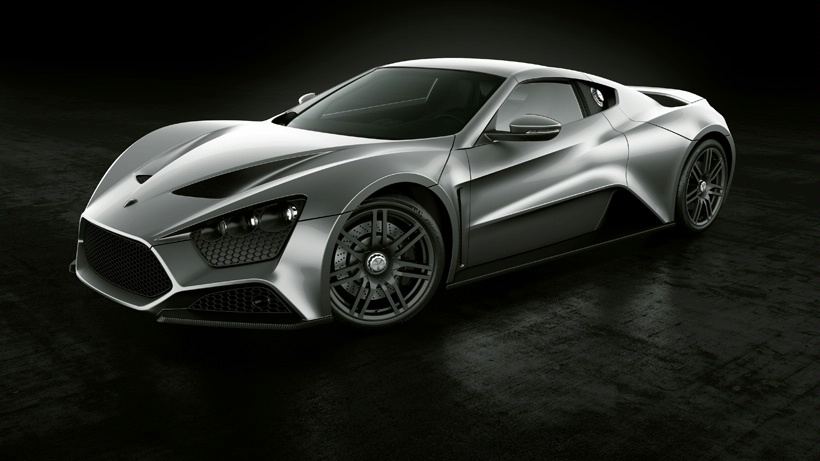 The Vikings are at it again, this time the Danish Zenvo has built one supercar that glides smoothly on the race track as it does on city streets. Using steel space frame to make it lighter and faster, the ST1 is powered by a 7.0L V8 engine that churns out 1104 horsepower. It has a six-speed manual transmission that can speed as much as 233 mph. Only 15 models are in production, making this supercar one of the rarest and most exclusive designed for a lucky few.

How to get it: Apply as a sheik personal driver

With only 15 units available, we’re guessing half of them, if not all, are bound to get hoarded by oil sheiks. What better way to run after one of these rare units than drive for the rich Arab. Yes, you don’t own the ST1, but you’re driving it.

Breaching the two million-dollar mark is the name synonymous to supercars. Ferrari launched this year its latest serving, the 599XX powered by a 6.0 L Tipo F140C V12 engine for a 750 horsepower. If you’re dreaming to drive this around your city, forget it; the 599XX is designed for the race tracks only. It can reach up to 196 mph and accelerate 0-60 mph just under three seconds.

How to get one: Dip into your retirement fund

Forget about the future. Just think of the present: you, the Ferrari, race tracks. But at $2 million, your retirement savings may not even be enough so give your friend a call and discuss about the folly of living for the future when you two can live for the now.

The cream of the crop, this year’s most expensive supercar clocks over at an eye-popping two and a half million dollars. Its 16-cylinder engine delivers 1200 horsepower with a 7-speed DSG sequential transmission. Its maximum speed is believed to be 267 mph, but is limited to “just” 258 mph to protect the tires.

How to get it: win the lottery

It’s the only way we can think of for you to own this Bugatti. We know it’s a long shot, specifically, a 1 in 13,983,816 for a 6/49 type of lottery, which is so to speak, you have six times more likely to get hit by lightning. If the lighting doesn’t kill you six times over, we’ll take it as an omen that you’re meant for a Bugatti.

The supercars are expensive because they’re not meant for you and me. We hope you’re not taking our tips seriously; only the silly idea that supercars can make us feel, at times, well, inconsequential. But in most of the times, who cares. You’ll take a Honda Accord any time, right?