Each year there’s evidence that our technologies are advancing at the speed of light, and we discover tons of new things about outer space, develop new exploratory technologies, and even touch down on new planets—and no matter what we keep learning. 2013 was no exception when it came to discovering previously unknown information about the vast universe that we live in. Here are the top 10 most exciting things that have happened in space technologies, discoveries, and advancements this year:

To start off our list with a bang we’ve got the Chelyabinsk Meteor Strike which occurred on February 15th, 2013. Residents of Celyabinsk, Russia were shocked by the asteroid weighing 10-tons that came falling toward them during their morning commutes. Luckily, the space rock exploded just over 14 miles above the ground instead of touching down and causing a nuclear-type explosion. Still, almost 1,500 people were injured by the explosion, which also damaged thousands of buildings in the area. While NASA is usually on top of spotting rocks hurtling toward Earth, the Chelyabinsk strike was one that got away and slipped under the radar. 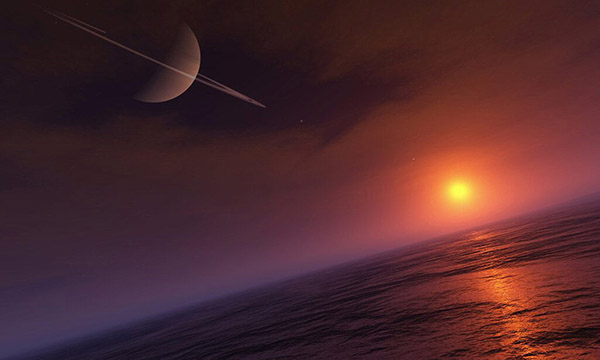 While our own moon is only full of rocks, dust, (cheese?), and little gravity, that’s not necessarily the case for all moons in the solar system—something that we confirmed in 2013 with Saturn’s moon Titan. Scientists say that the moon’s chemistry is similar to a pre-biological frozen Earth. Making the moon even more similar to our own planet, are the great lakes that were discovered in the northern parts of the planet. These lakes are very unlike our own, however, as they are filled with liquid methane and ethane. Now famous for its lakes, Titan is also known for its 30 year winters and temperatures as low as -289º F. So there’s plenty of time for ice skating! 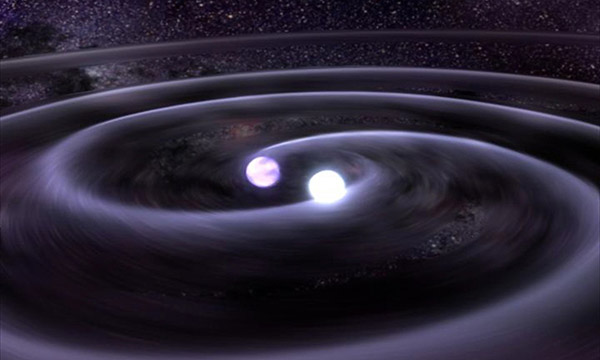 Are you worried about gold deposits getting low on Earth? Well never fret, in 2013 NASA’s Hubble telescope witnessed a large concentration of infrared energy and new atoms—some of which were several of Earth’s moons worth of gold. This phenomenon had proved a standing theory that when dense neutron stars collide new matter and elements are formed, something that happened more commonly at the beginning of the Universe’s existence. These days it’s an occurrence that happens only about once every 100,000 years in the Milky Way. If only we could figure out how to tap that gold supply the gold business would be set for the rest of our planet’s existence.

Chris Hadfield is the renowned Canadian astronaut living on the International Space Station who has become famous for his YouTube videos about life and science in space. His best performance to date was the 2013 production of David Bowie’s Space Oddity—singing and dancing aboard the ISS in front of our planet. Hadfield brought his life aboard the International Space Station back down to Earth for us mere humanoids to enjoy, and sang an astronomical tune in the process. 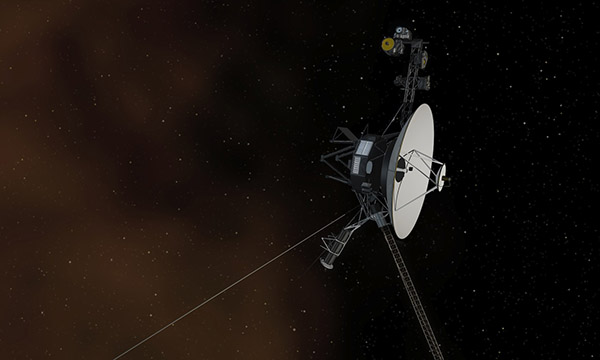 For the last 36 years, Voyager 1 has been fleeing the Earth at about 35,000 miles per hour. After two years it reached Jupiter; after three it began observing Saturn. After twenty-one years, it surpassed the Pioneer 10 spacecraft to become the most distant man-made object (except radio waves). In 2013, it crossed its most distant milestone yet: it left the solar system completely. While the definition of the “solar system” may vary, the threshold was a key one: the ship crossed the heliopause, which is where the effects of the sun diminish and give way to interstellar space. Interstellar space, it turns out, is full of charged particles that flow within a particular magnetic field–sort of like currents in the ocean. The sun, with its boundless energy, churns up this medium like a boat in the water, and the spaceship finally crossed out of the sun’s wake in 2012. However, the boundary is large, turbulent, and not clear-cut, meaning it took scientists (and the spacecraft itself) until this year to confirm exit, but it’s official: Houston, we’ve left the solar system.

Saturn has a hurricane on its North Pole, the eye of which is roughly 1,200 miles across–or farther than the distance from New York to Chicago. The Saturnine Santa is safe then, but he’s asking for trouble by trying to leave! The storm appears to have been raging for decades at the very least (Voyager 1 discovered the turbulent clouds on its way by, decades ago) and perhaps far longer. The winds are over 300 miles per hour, and actually over twice the speed necessary to be a Category V on Earth. But that’s not the craziest part: as seen in the picture above, the clouds form a massive hexagon around the North Pole. Not a circle, as hurricanes on Earth are, but a true and persistent hexagon. This baffling pattern was confirmed by the spacecraft Cassini with a recent video. Since the South Pole does not have a hexagon, it might be related to the hurricane–in any case, the Saturnine Santa has a strange but unique home! 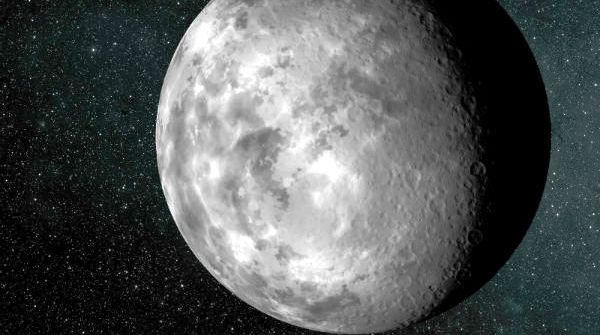 The newly discovered planet Kepler-37B is, despite it’s name, a pretty adorable little guy! With a diameter of 2,400 mile, it’s smaller than any planet in our solar system and just a bit larger than our moon–meaning that if we ever go, we’ll be able to jump higher, run faster, and hit a golf ball farther than any indigenous 37B-ers. This sneaky little orbiter was almost impossible to find: scientists discover new exo-planets when a planet passes in front of its star and dims the starlight. Due to its tiny stature, 37B almost passed without being noticed–but not quite, as scientists caught the sneak-thief red-handed this year. This year for Earth, that is: on 37B, a year lasts just 11 Earth days due to its close orbit, and the fiery temperatures reach unbearable levels, leaving behind no air. Possibly Planet Pipsqueak is not the most adorable after all. 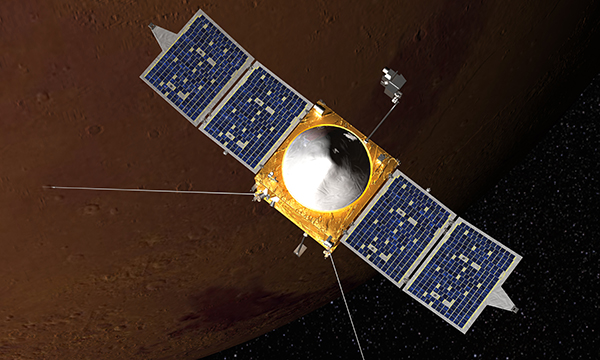 In November of 2013 NASA launched MAVEN—a satellite designed to orbit the red planet—away from Earth, scheduled to arrive at the end of 2014. The Mars Atmosphere and Volatile Evolution mission (MAVEN) launched from Cape Canaveral and is the first satellite mission that is aimed at understanding Mars’ atmospheric composition. One of the main focuses of this mission is to study the changes that occurred in Mars’ atmosphere that contributed to the planet’s water disappearing. The mission has been in the works since 2006 when it was first proposed and accepted by NASA from the University of Colorado’s Laboratory for Atmospheric and Space Physics. 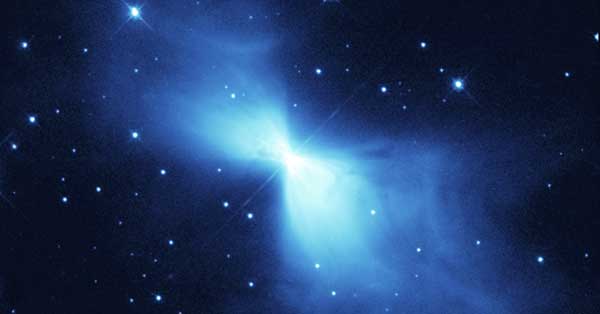 Brrrr it was cold last night! I had to get bundled up, but the temperature got down to 2 degrees fahrenheit above zero. It was a bit colder in the Boomerang Nebula: the cloud of gas, remnants of a dead star about 5,000 light years from Earth, is a chilly 2 degrees above absolute zero or -460 degrees Fahrenheit. Scientists discovered this using the ALMA telescope in Chile. Located in the Atacama Desert, the driest place on earth, the telescope discovered that the nebula is in fact spherical, but a large band of dusts absorbs most of the light. And, apparently, most of the heat, as parts of the nebula are moving the mercury only up to -457.7 degrees Fahrenheit, just a tick above the temperature at which entropy reaches its minimum: absolute zero. Most of interstellar space is a relatively balmy -455 degrees Fahrenheit, but hey: when the atoms in your body are no longer moving, you’ll be thankful for the extra 2 degrees. 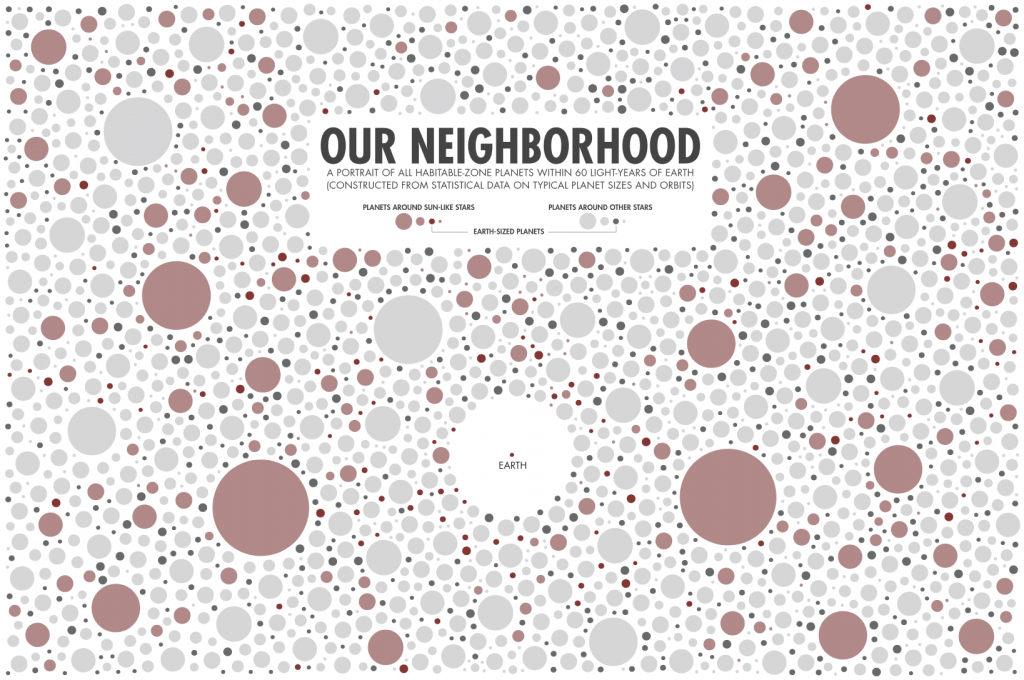 Perhaps the most momentous finding of the year 2013 was also one of the most momentous findings ever: after this year, it’s almost impossible to think that we are alone in the universe. No, we weren’t visited by aliens, but we might as well have been; instead we discovered there are about 20 billion earth-style exoplanets. In the Milky Way. Which is one of perhaps 500 billion galaxies in the universe. All told, this makes for 10 sextillion planets, which is roughly the number of grains of sand on earth. This calculation took some figuring: after surveying a tiny fraction of the galaxy, scientists have found 3,538 candidates. Extrapolating from there by calculating the share that likely have a friendly orbit, and the fact that they only examined 150,000 of the 300 billions stars, scientists reached the figure of 20 billion for the Milky Way. Given that it only took a couple billion years for Earth to go from zero to dinosaurs (and then no time to get to us, and more importantly, to slow lorises), there are absolutely other sentient beings in the universe. Which is a pretty amazing discovery. Go science!

You missed the Jade Rabbit lunar expedition by China last year. That’s a big leap for the politics of space exploration. Now NASA doesn’t have the monopoly of new discoveries. The Chinese may be far behind, but they can easily catch up in a few years. I remember reading that some NASA astronomers were “troubled” that the Chinese lunar landing could disperse some lunar dust and disturb the ongoing Americans’ research in the moon. This is just the start.

Where’s the diamond planet? Or was it news in late 2012? I remember reading about it and wonder if the big three diamond companies will sabotage plans to get to know more about this planet. But I guess we still have plenty of diamonds far down underground waiting to be discovered.