Classical paintings and artworks dating from ages ago are worth millions, which is why they attract even the finest and most talented of thieves. While some stolen art pieces have been restored to their rightful places and a few have been returned to their owners, a number of paintings have remained unrecovered.

Some people conjure conspiracy theories, saying that governments staged these heists to make it appear that these paintings were stolen when in fact, they are hidden in secret facilities to preserve them and keep them away from public. Others support such conjectures, arguing that most paintings displayed in museums and art galleries are high quality replicas.

However, for those who believe that art thieves have indeed stolen such precious artworks, these master crooks have done a fine job of nabbing valuable masterpieces and leaving the authorities dumbfounded and perplexed. Conspiracy? Or a just a marvellous act of thievery? You decide.

Here are the 10 biggest unsolved museum heists ever. 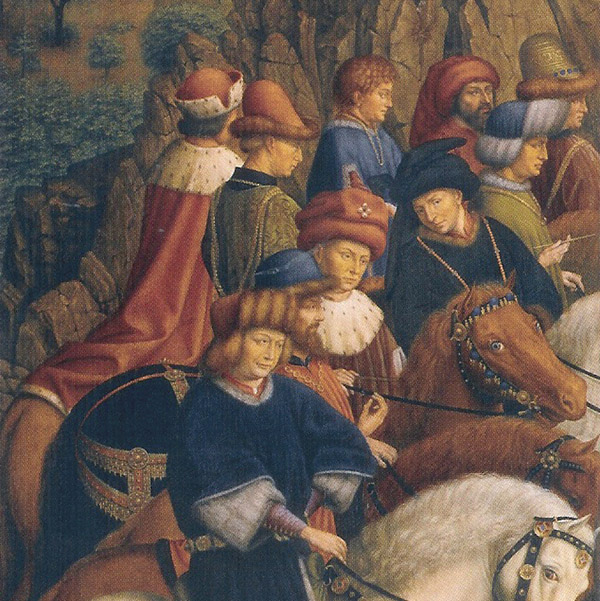 In the evening of April 10, 1934, a thief entered the Saint Bavo’s Cathedral in Ghent, Belgium and took the Jan Van Eyck’s The Just Judges. The painting, which was a part of the 12-panel altarpiece called the Adoration of The Lamb, was created between 1426 and 1432. The thief left a note that read “Taken from Germany by the Treaty of Versailles.”  The thief demanded 1 million Belgian Francs for ransom, a very huge amount at the time.

In the course of the months that followed, the thief and the Belgian government exchanged messages but the painting was never recovered. Nearing his death, the thief revealed himself as Arsene Goedertier and said that he will not disclose the location of the painting. He took the secret with him to the grave. 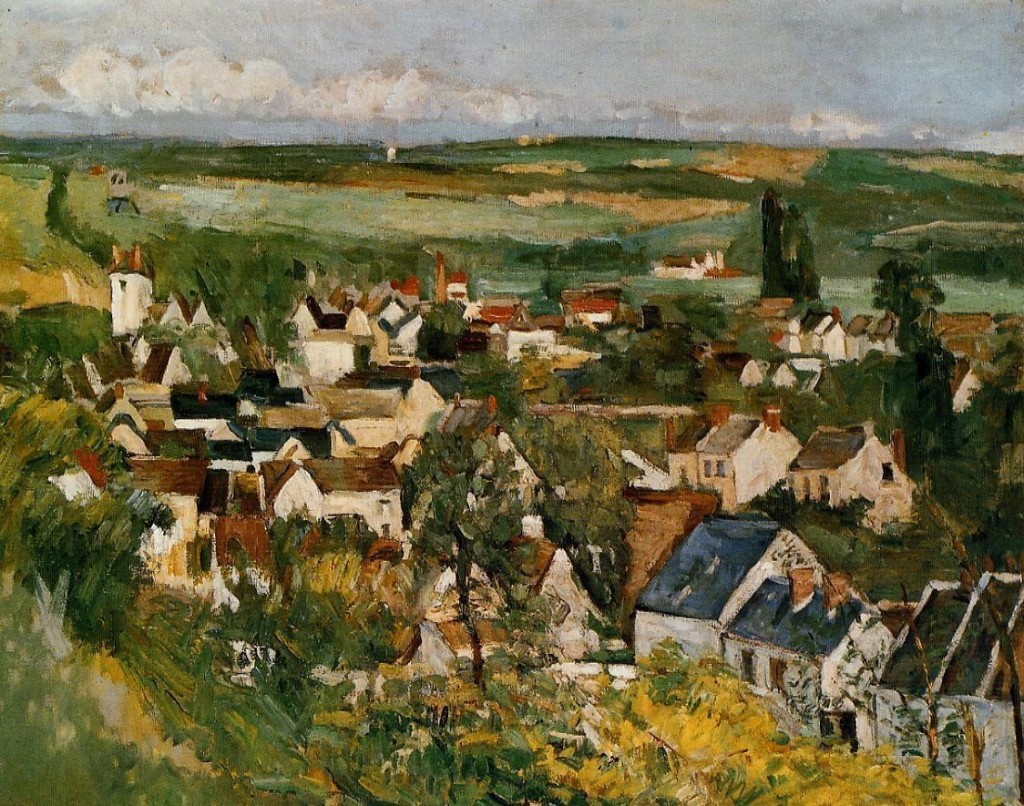 Although the thief managed to grab just one painting in the Ashmolean Museum Heist, the culprit took one of the most important works of French artist Paul Cezzane, the View of Auvers-sur-Oise. The suspect managed to circumvent the museum’s security in less than 10 minutes while other people were celebrating New Year’s Eve on the 31st of December 1999. The estimated value of the painting at the time was set at $4.5 million. But who knows how much the painting is worth now.

8. The Oratory of San Lorenzo Heist 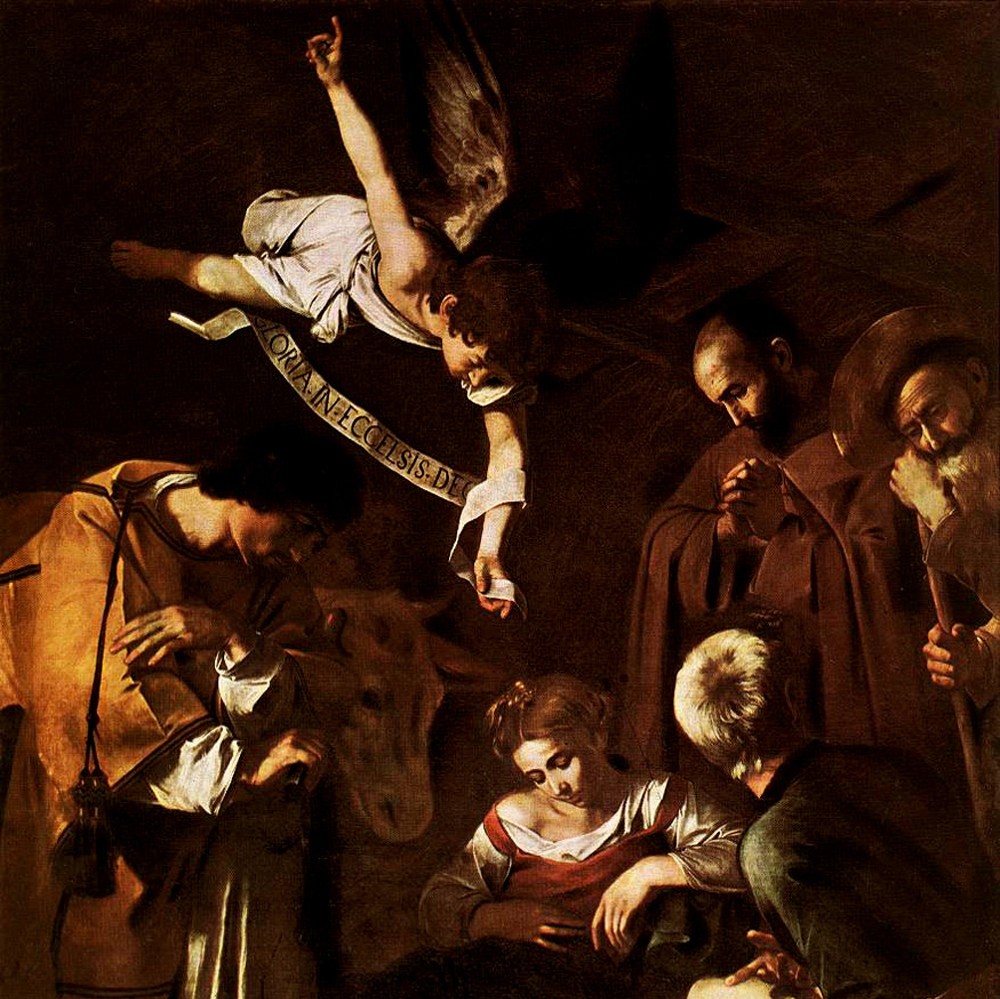 The Oratory of San Lorenzo in Palermo, Sicily displayed Caravaggio’s Nativity with St. Francis and St. Lawrence until October 1969, when unidentified thieves took the painting. It was widely believed that men working for the local mafia were responsible. However, the painting’s location remains a mystery. Some even say that it was hidden in a farmhouse and was destroyed by pigs and rats. However, a former mafia hitman revealed that the painting was burned sometime in the 1980s. Caravaggio’s master work was believed to have been painted in 1609. 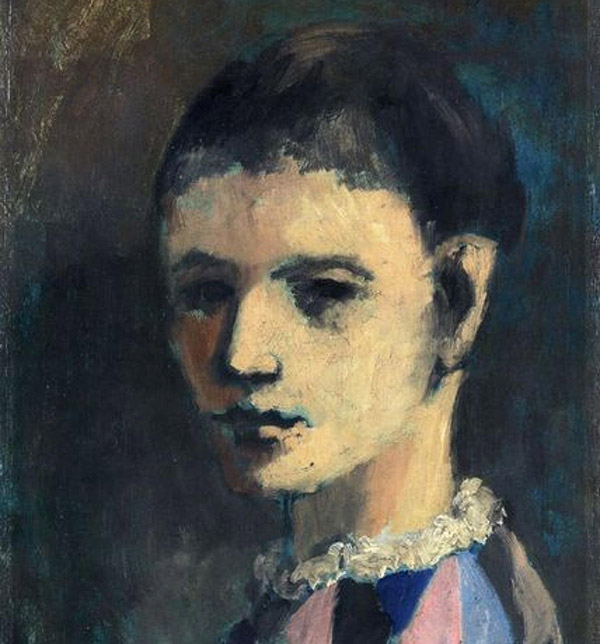 In October 2012, thieves broke in at the Kunsthal Museum in Rotterdam, The Netherlands and grabbed seven pricey masterpieces by notable painters of our time, including works of Pablo Picasso, Claude Monet, Henri Matisse, and Lucian Freud.  All paintings were presumed destroyed. In a strange twist of fate, a mother of one of the thieves claimed she burned the art pieces to destroy any evidence, hoping it would free her son from criminal liabilities. Some of the paintings stolen were Picasso’s Harlequin Head, Gauguin’s Femme Devant Une Fenetre Ouverte, Dite La Fiancee, and Monet’s Waterloo Bridge, London and Charing Cross Bridge, London. 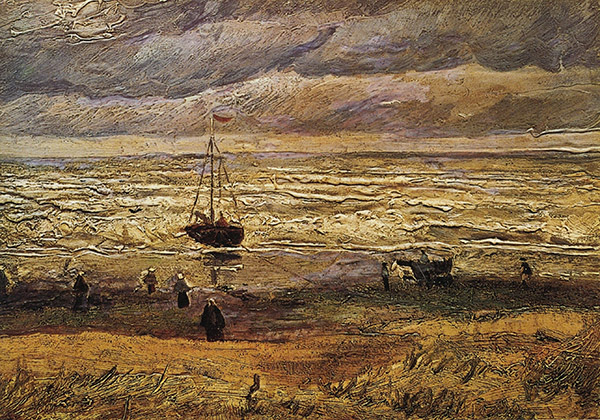 In December 7, 2002, two master thieves broke into the Van Gogh Museum at precisely 8:00. They found their way in through the roof and took two paintings: the View of the Sea at Scheveningen and Congregation Leaving the Reformed Church in Nuenen both by Vincent Van Gogh. The paintings’ combined value amounted to $30 million. In 2004, the thieves were caught and were sentenced to four years in prison. However, the paintings were never recovered. 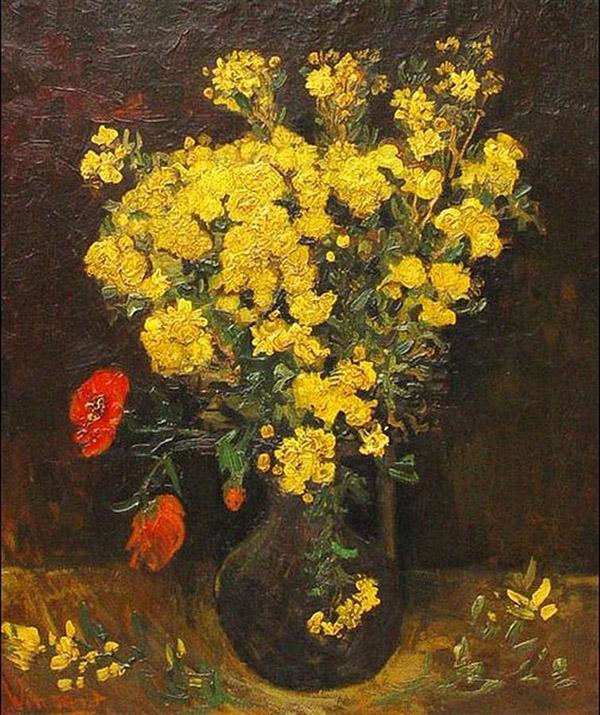 In 2010, thieves entered the Mahmoud Khalil Museum in Cairo, Egpyt, and took just one painting from the art gallery – Vincent Van Gogh’s Poppy Flowers. The painting was stolen before in 1978 from the same museum and was recovered in Kuwait in 1980. The art piece’s value is $55 million. While there is nothing extraordinary about the painting itself, Poppy Flowers was one of the painter’s last creations before he committed suicide in 1889. Despite a huge $200,000 reward for the recovery of the painting, Poppy Flowers remain missing.

4. The Sacking of Czartoryski Museum 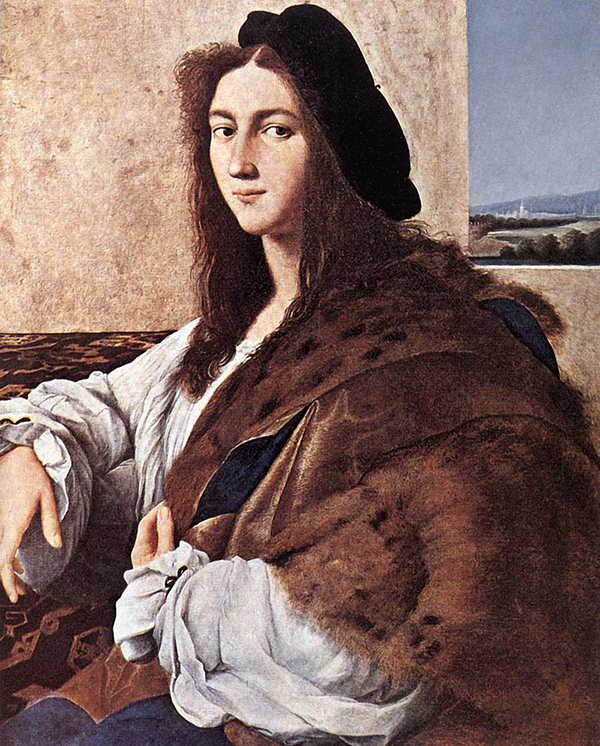 Technically, the sacking of art pieces at the Czartoryski Museum in Krakow, Poland by the Nazis in 1939 was not a heist. When Germany invaded Poland, Nazi officials confiscated art works from museums and some were added to their personal collections. Among the art pieces taken from the Museum was Raphael’s Portrait of a Young Man. Believed to be a self-portrait of Raphael himself, the painting was finished between 1513 and 1514. After World War II, the painting was taken to Wawel Castle and was not seen since. 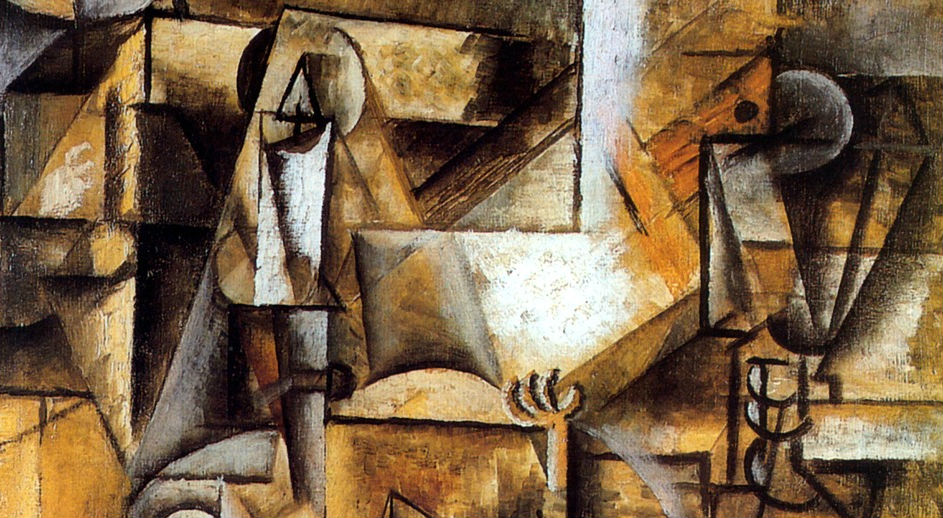 Five paintings were stolen in the morning of May 20th 2010. At exactly 7:00AM, one man broke through the window and expertly took the paintings down from their frames, including Pablo Picasso’s Le Pigeon Aux Petits Pois, or The Pigeon With Green Peas. Finished in 1911, the painting was worth over $30million alone. A year later, the suspect was nabbed but the paintings were nowhere to be found. The thief swore he threw the masterpieces away. Although many do not believe his alibi, all five artworks are still missing. 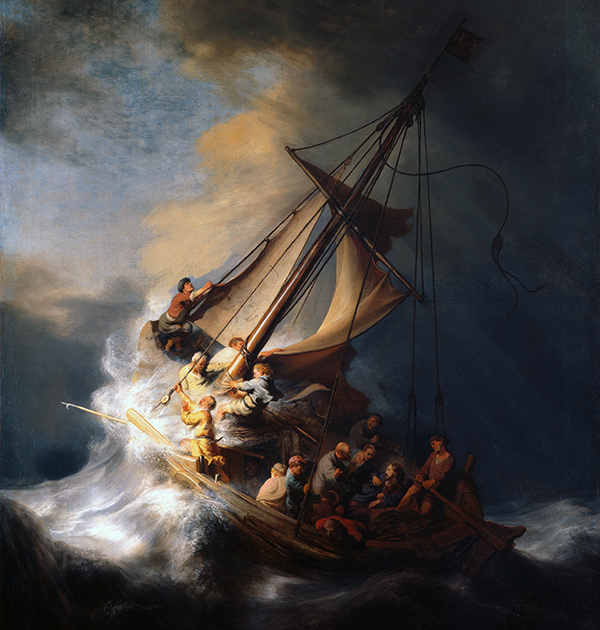 On March 18, 1990, a pair of thieves dressed up as Boston Police officers and parading as responders to a call got inside the Isabella Stewart Gardner Museum. The two managed to get past the museum’s security and stole 13 pieces of art, all totalling to a half a billion dollars. Among the stolen artworks is Rembrandt Van Rijn’s famous masterpiece, Storm of the Sea of Galilee. The painting alone is worth $3.4 million, a fraction of the total value of the stolen paintings. In 2013, the FBI announced that they have discovered the identities of the thieves but no progress has been reported ever since. 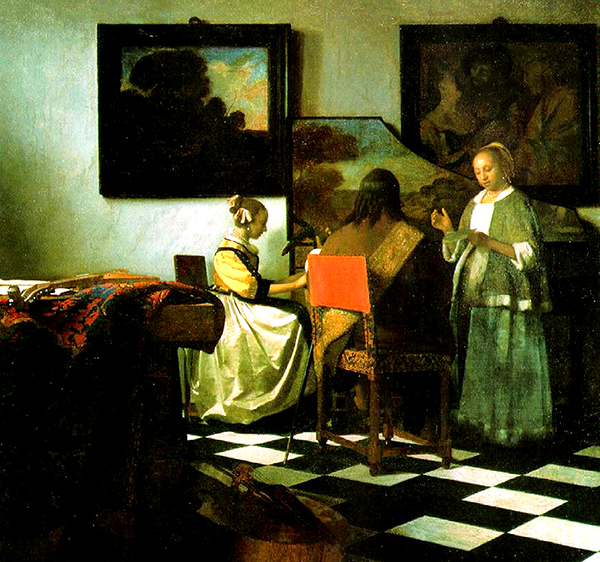 Johannes Vermeer’s The Concert was also among the paintings took by the two thieves. The Concert, which was painted in 1664, was worth $200 million alone.

10 Most Expensive Art Pieces Sold in 2013: Which Famous Painter Has The Highest Price Tag?