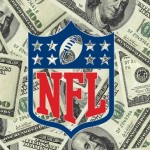 Professional athletes are among the highest paid workers in the world. In the United States, NFL players, particularly the superstars, have the most lucrative contracts among athletes who play for a living. A professional American football player usually earns multi-million dollar paychecks after he has proven his worth in the league, usually by exhibiting consistent high level performance in each game as the years roll by and providing significant, and positive impact for the team.

That said, some teams are more than willing to break salary records just to acquire rookies who are untested and inexperienced, with only their unrealized potential and impressive performance at the college level to carry them. Some have proven a rare find, like diamonds in a haystack. However, a lot of these rookies were not able to deliver the goods as predicted and fizzled in the face of media frenzy, high expectations, and the realizations that they just did not have enough to be worth the contracts they signed. Here are the 10 NFL rookies who started their careers with the most lucrative deals. 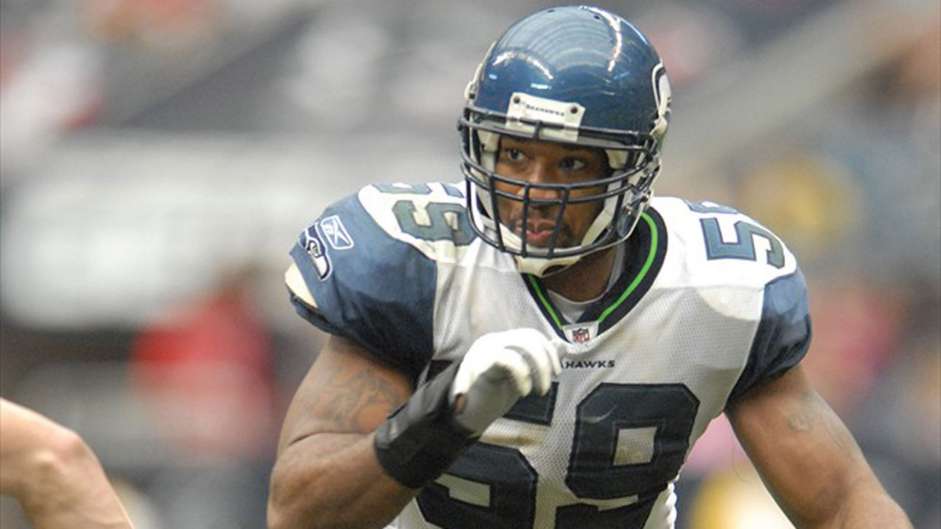 A celebrated lineback back in Wake Forest, Aaron Curry signed with the Seattle Seahawks for a 6-year stint worth a whopping $60 million. Observers believe he was the best linebacker in the 2009 NFL draft and his presence with the Seahawks was seen as a huge boost to the organization’s roster. But Curry never really became the player he was predicted to be and retired from the league after three seasons. 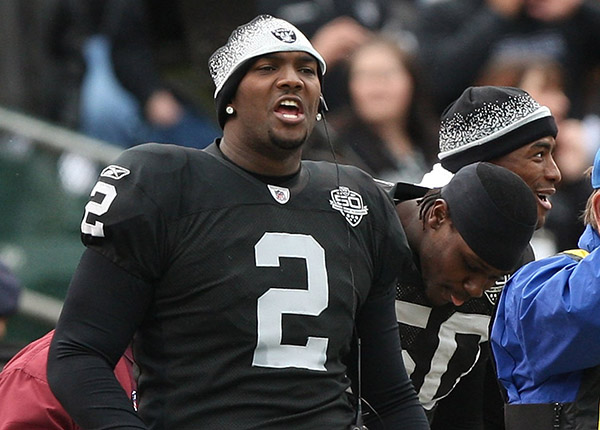 The overall first pick in the 2007 NFL Draft, JaMarcus Russell came to the league riding in a lot of hype. A quarterback who was expected to provide the Oakland Raiders the leadership they need, Russell was not just a bad deal – he was a complete bust. He only recorded 4,083 yards, 18 touchdowns, and 23 interceptions for the team and participated only in 25 games during his three-year stay. After three years with the Raiders, Russell was cut. Despite staging a comeback this season, it looks like Russell is nowhere near the quarterback he was painted to be. 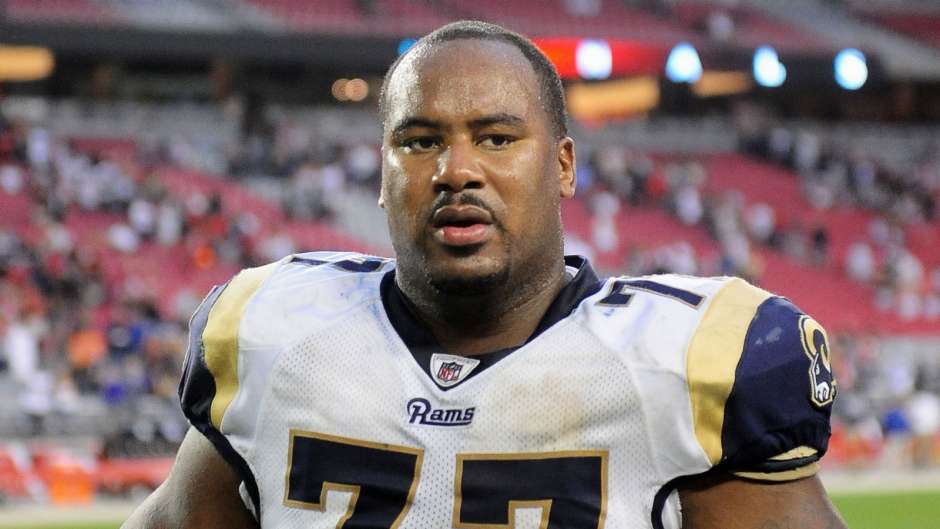 Another highly touted rookie who immediately faded when his career began, Jason Smith was a popular offensive option in college. His performance led him to be the second overall pick in 2009 NFL Draft. A lot was expected from Smith but his transition from college to the pro was plagued by injuries, hampering his performance on the football field and dramatically marring his career. He was released by the Rams in 2012 and went to the New York Jets. From there, he bounced from team to team, praying for a spot. 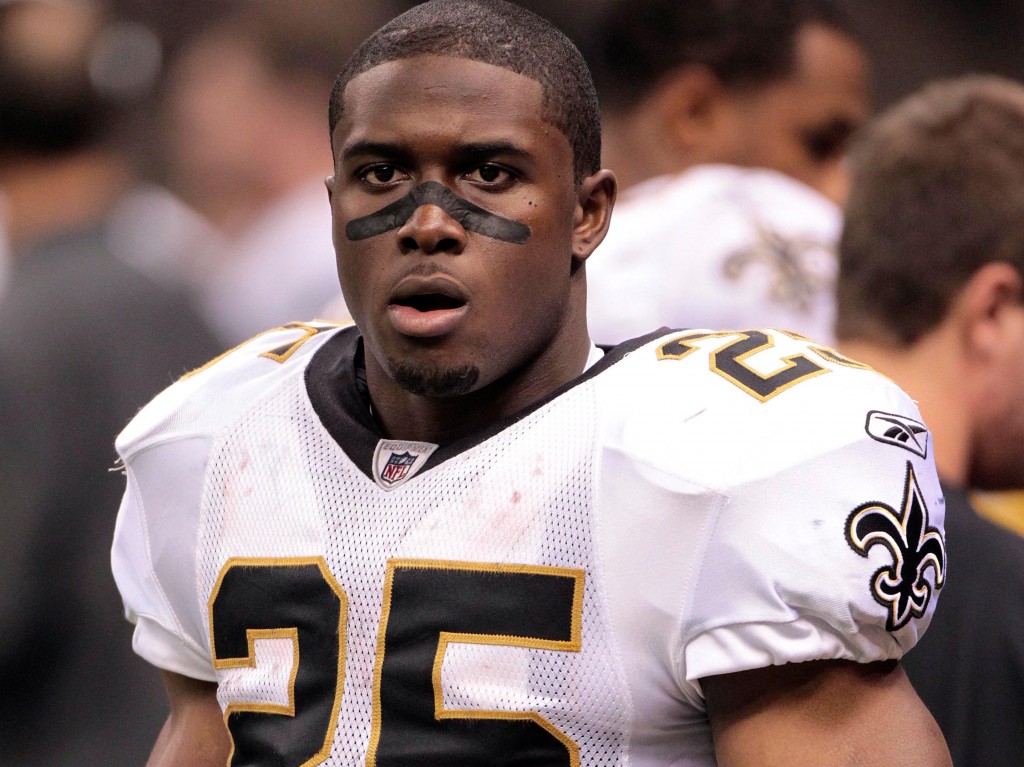 Reggie Bush was the total package when he came out of USC. He was big, strong, and athletic. Bush was everything the New Orleans Saints wanted so they signed him in 2003. Still active, Bush is now spending his 9th season a pro. His consistency as a receiving type-back, versatility as a running back, as well as his good hands, make his run with the NFL a good one. 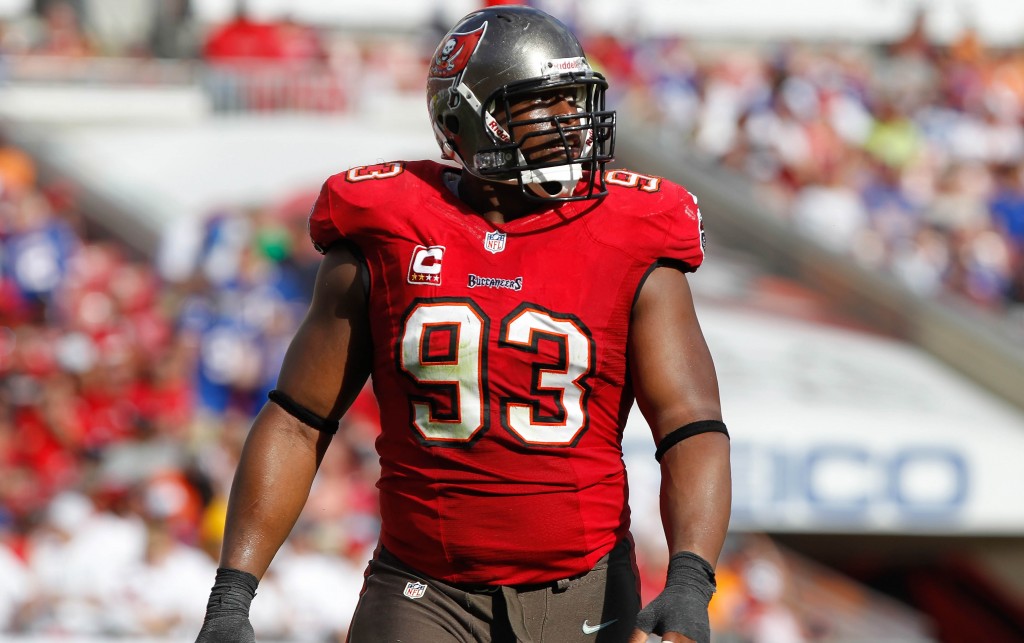 Gerald McCoy is one of the few high paid rookies who actually displayed brilliance right from the get go. The third overall pick in the 2010 NFL Draft, McCoy, who played as defensive tackle out of Oklahoma, immediately went to work in his first season and has been churning excellent performances ever since. A great defender who disrupts the opposing team’s offensive attacks, McCoy’s effectiveness at the defensive end has earned him a spot to the Pro Bowl in 2012 and 2013. The man has earned his pay, no question about it. 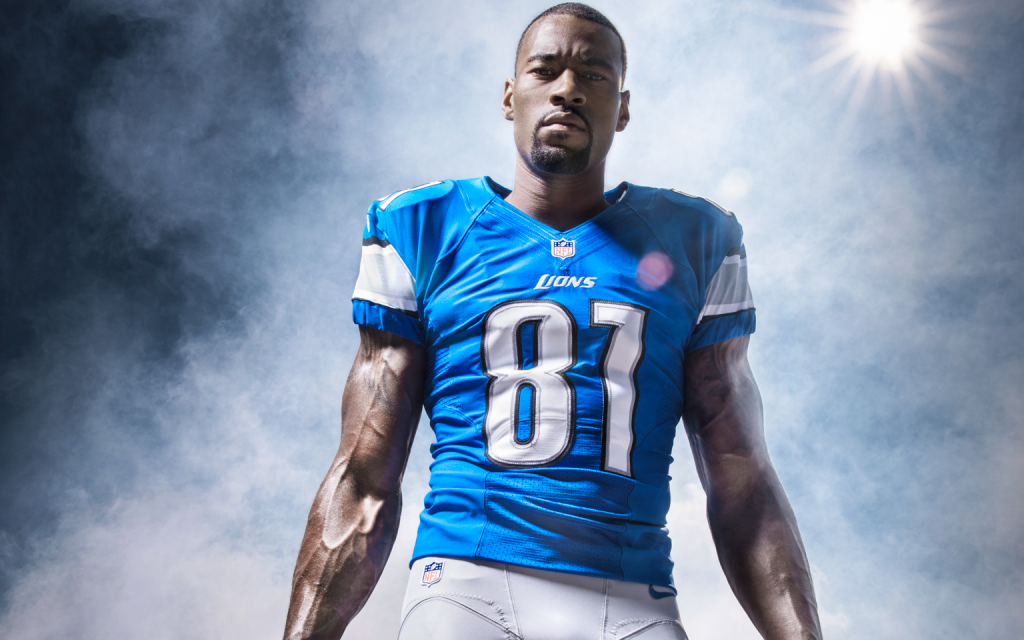 Nicknamed “Megatron”, Calvin Johnson has had a great run with the Detroit Lions since he joined the team in 2007. Considered by many as one of the best wide receivers in the league today, Johnson averages 1,333 yards per season and has recorded 66 touchdowns. Among the highlights of his career is his record-breaking 1,964 receiving yards in 2012. The feat has surpassed that of Jerry Rice’s. Johnson is a tough defensive assignment. His offensive skills have a huge impact for the Lions’ offense overall, making him a valuable asset to the team. 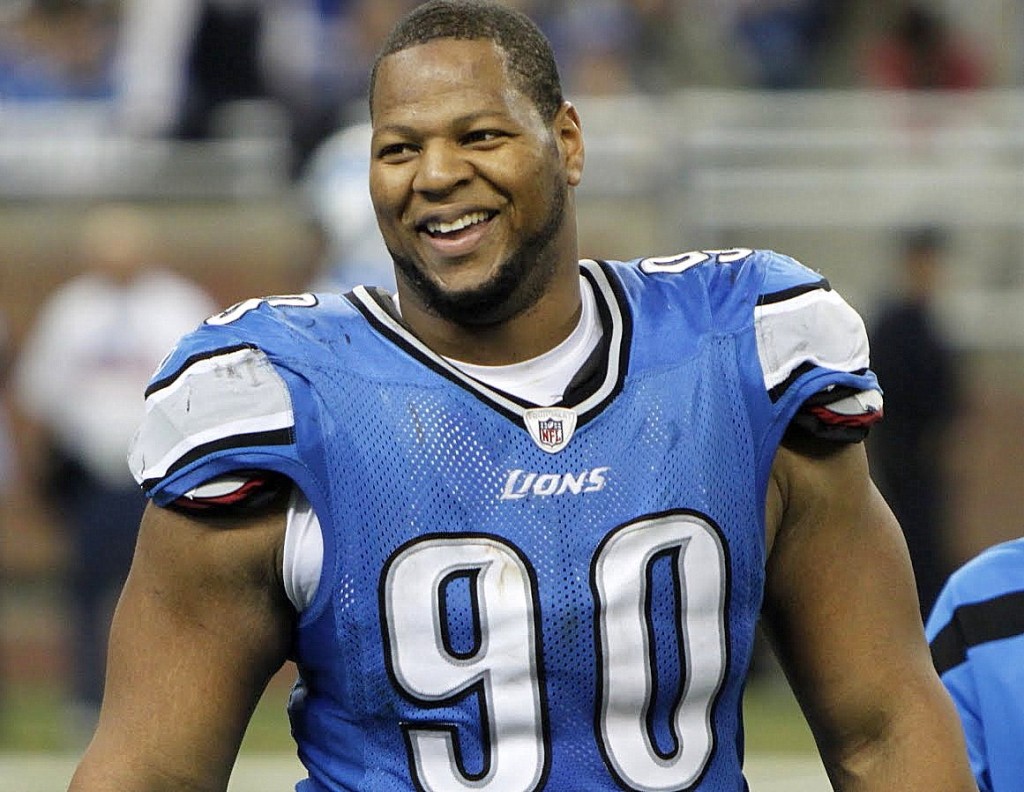 One of the highest paid NFL rookies of all time, Ndamukong Suh has provided the Detroit Lions all the goods and more for their money. The defensive tackle was selected second overall in the 2010 NFL Draft by the Lions and he proved to be a great addition to the team performance wise. He is a huge obstacle for the opposition and a nightmare for anyone who stands in his way. His performances earned him the Rookie of the Year honors in 2010 and made him part of the Pro Bowl selection in the same year, as well as in 2012 and 2013. Although he certainly earned his keep, Suh has temper issues and has a reputation for being very physical when it comes to altercations. 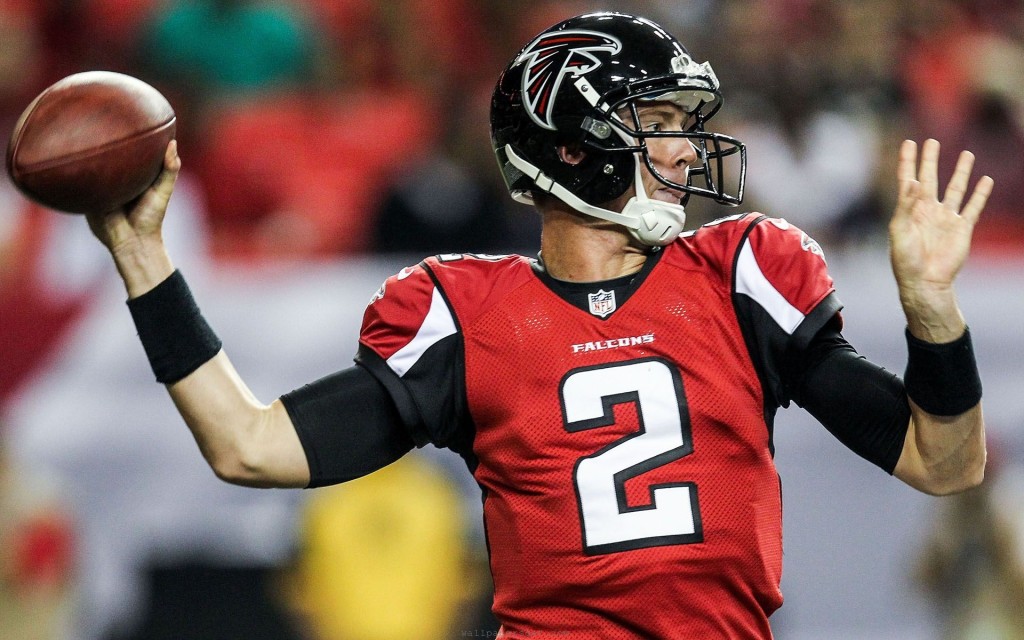 Another rookie who definitely proved he is worth the contract he was offered, Matt Ryan is a consistent solid quarterback for the Atlanta Falcons since 2008. His $70-million six year contract with the organization was a record setting offer, to which Ryan continuously upholds his end of the bargain. Aside from winning the Rookie of the Year awards in 2008, he has been named to the Pro Bowl twice in 2010 and 2012. His averages with the Falcons are very impressive – 3,912 passing yards per season and a 63.7 percent completion rate. All he now lacks is a Super Bowl title. 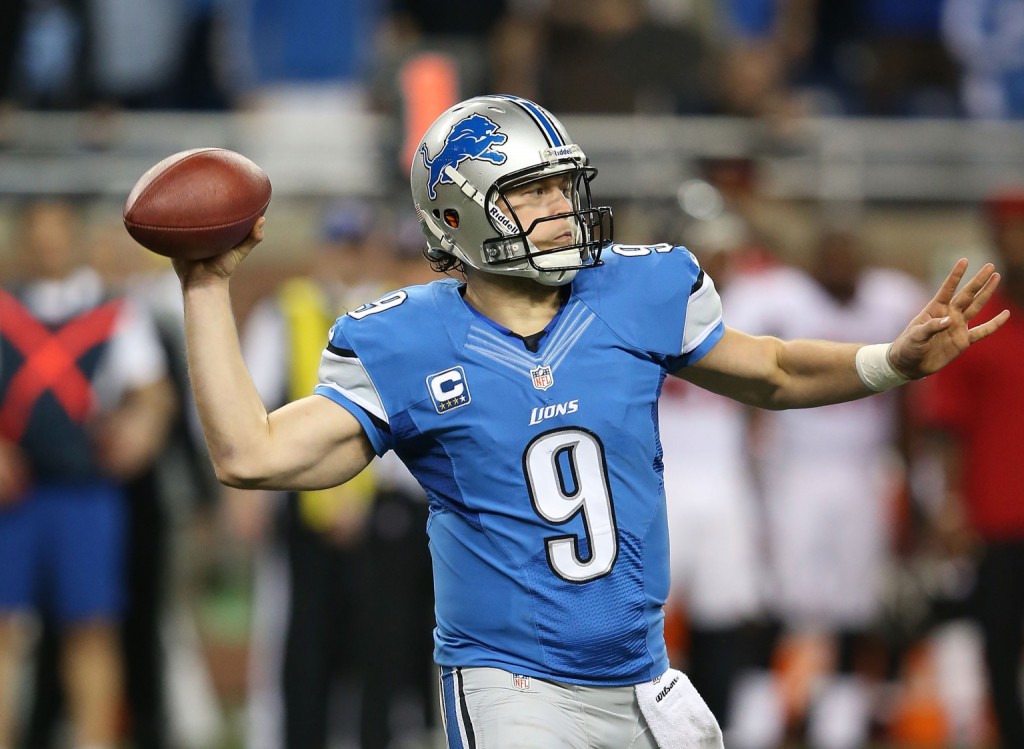 The second most highest paid NFL rookie is not bad. Matt Stafford is above average. The Detroit Lions made Stafford the 1st overall pick in the NFL Draft in 2010, to which he responded with respectable and decent display of football. Stafford has shown he has the makings of a great quarterback, with his numbers in his 2011 campaign as evidence  – 5,038 yards and 41 touchdowns. However, what prevents Stafford from achieving greatness is that his offense is easily readable, making him prone to defensive interceptions. Unless Stafford is able to do something about it, he will never be deemed an elite. 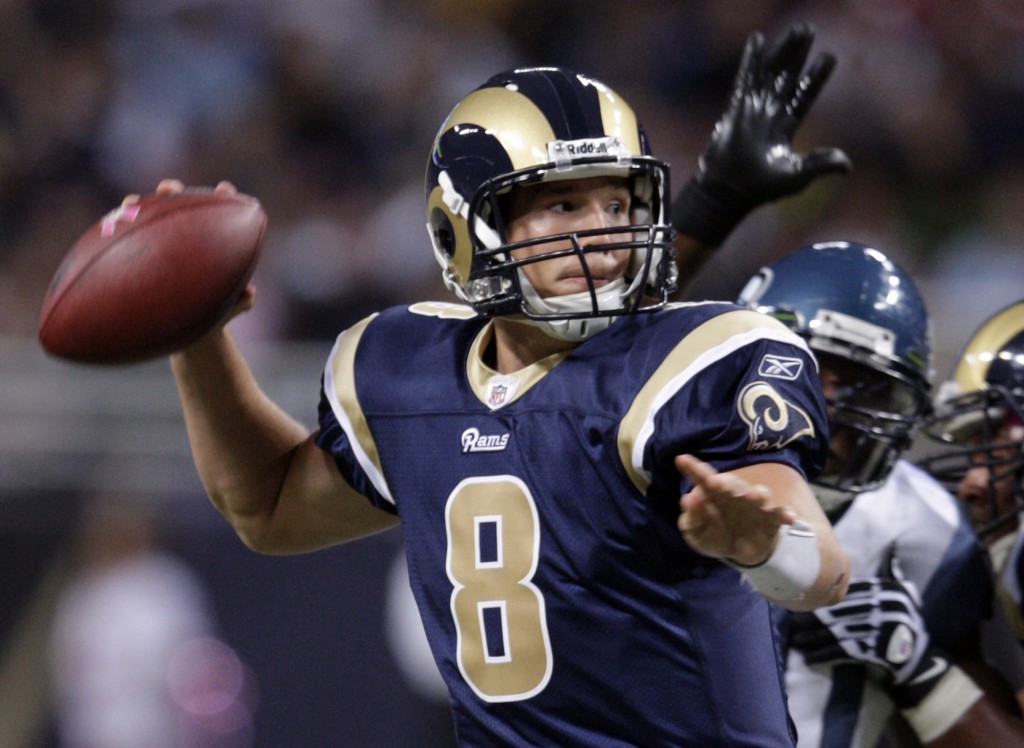 The highest paid NFL rookie ever, quarterback Sam Bradford was drafted by the Saint Louis Rams in 2010 with the hopes of gaining success in the upcoming seasons. However, Bradford never lived up to the hype and failed to carry the Rams to the playoffs. Although his performances were decent at the very best, they were not enough to help struggling Rams hurl obstacles after obstacles. Bradford was out the whole season last year due to a torn ACL. But with him back for this season, Bradford is expected to perform and do what he was paid to do.

Oh yes they'll gonna need those big monies when they face CTE sooner than later (I hope not). CTE is Chronic traumatic encephalopathy resulting from multiple and regular concussions like in, and especially, football. In fact, college football is now under pressure to ban the sports because of an increasing CTE incidence among football players. But the guys above are pros and fully capable adults; unlike college kids who shouldn't be subjected to a school-sanctioned health hazard, aka, college football.