Tom Cruise Net Worth: One Of The Biggest Hollywood Actor's Wealth 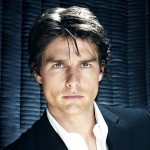 Forbes estimates that Hollywood superstar Tom Cruise’s net worth is a whopping $500 million. His name spells gold at the box office as he owns the record of acting in six successive movies that made greater than $100 million in collections.

The huge amounts earned were made possible because of the actor signing “profit participation” deals for the movies. In fact, Cruise insists on getting a good percentage of a movie’s gross profits before agreeing to act in it. It is estimated that Cruise earns an average of $60 million per film.

That $200k child support caught my attention. I suppose that's only what's written in legal terms, but he's probably supporting his kid with much much more. You know, you have all these most expensive stuff except that you can't give enough to your kid? That breaks my heart if it's true.