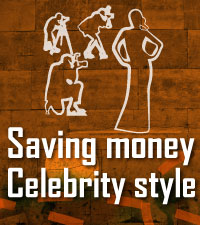 Big income means big taxes. But not for some celebrities with huge net worth. Many of them know secret trick how to wiggle out of IRS’ tentacles to save money. And when you’re earning by the millions, your tax savings can also mean millions. The infographic below features some of the celebrities who were able to take advantage of tax shelters in various forms. Lebron James, for example, got the better end of the bargain than Kobe Bryant because Florida is income tax-free. Despite earning less than the Lakers star, LeBron’s successful strategy allowed his paycheck savings make up to bridge their income gap.

But a word of caution, though. Before you head off to work in Florida or other income tax-friendly states like Nevada and Texas, Market Watch advises that you consider the states’ other taxes, such as sales and property, which can level off the savings you earn from not paying an income tax. States are run like a business, too, and, one form or another, the state will find a way to earn more.

Interestingly, tax avoidance—it’s legal, different from tax evasion and a commonly used financial feature—doesn’t only work by shuttling to another state. You can also change countries that offer tax breaks to foreigners to attract their wealth. That’s how actor Gerard Depardieu kissed his country goodbye and settled down in Russia to save some money, mmm… just about $6.2 M per year.

In the same breath, should we accuse Americans who consider it one of the best practices to move out their wealth to other countries to avoid taxes of being unpatriotic? Some may agree, but others will just shrug their shoulders. It’s just the business of saving, after all.

Check out this infographic and see how some celebrities save some serious money: