What Sisense Version 6 Did To Transform BI Environment 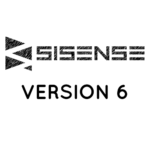 Sisense has confirmed its leading position in the BI world multiple times, bundling and processing complex data in a simpler way than any other product could offer on the digital market. Our experts, nevertheless, believe that the turnover moment in the development of this system was the introduction of Version 6, which deepened and expanded its already advanced capabilities, and pushed it to integrate further with prominent representatives of the business data ecosystem and (check our Sisense reviews for more information). A variety of new features were attached to it, most of them aiming to minimize the need to prepare data for analytics, while some (as expected) allowed it to digest even larger data sets than usual. All these functionalities have helped Sisense transform the BI environment.

Sisense users relied on the company’s innovative reputation to embrace these changes as meaningful, even if most of them had all their wishes accomplished by the previous versions. For the developers, nevertheless, Version 6.0 was the milestone they had to achieve, driven by their usual incentive: the need to give companies a quicker and more independent product.

Now that Version 6 has been up and running for quite some time, the company recorded 100% growth increase, and a long list of satisfied people who love cutting operational budgets. Sisense is now the official frontrunner among BI operators, with head-spinning advantage over its traditional competitors (check how the comparison of Sisense vs. Tableau looks, for instance).

What is Version 6.0, and how did it revolutionize business analytics?

Version 6 was the result of Sisense’s brave experiment to improve the BI environment by leveraging a new analytic method based on In-Chip technology, thanks to which users got to examine the health of their business at a fraction of the price, and without any particular technical knowledge. An array of commodity machines packed with data warehouse tools were triggered to compare information, and covered functions missing in most popular BI tools (covariance, distribution, and correlation). For the first time, companies got to establish all data connections from a single dashboard, and better yet, to acquire those with single-click formulas.

As you probably know, In-Chip technologies specialize in fast processing, and eliminate most of the time needed to de-normalize and prepare data, which is more or less how Sisense became 100 times faster than it used to be. Data schemes are standardized, so that no remodeling is needed, and rely exclusively on aggregated values to dismiss the IT team from calculating billions of data rows. If you’re running a large corporation with thousands of employees, this is something you must consider.

In practice, Sisense Version 6 helps companies that integrate multiple information sources, which nevertheless have to be planned simultaneously. Preparing and collating all of that information is a daunting process, as it requires time, specialized performers, and most importantly, dedicated budget. When one takes into consideration the millions business giants save by creating an account on this user-friendly app, it comes as no surprise that Sisense is the carrier of so many popular SaaS software awards.

Another important benefit ascribed to Sisense 6 is the considerable R integration, namely the possibility to work with an open source language employed for statistical computing. Once launched, Sisense will mash up all of the data sets you need analyzed, prepare them, and allow you to see results almost immediately. R, on its behalf,  offers a rich suite of predictive tools and models which add value to Sisense’s functions, mostly in the direction of simplifying operations and making results more understandable even for non-tech users.

Customers also agree that a valuable addition included in Sisense 6 is their Open Database Connectivity layer (ODBC), which allows Sisense to pull out data from seamlessly integrated tools, including Crystal Reports, Tableau, and Excel. This gives the product a central position in the business analytics environment, as it can leverage the operations of all popular apps, but performs in a way that currently cannot be overtaken by any other BI provider. These front-end connections can also simplify data mashing, assuming that info has been provided in comprehensive spreadsheets and other familiar tools.

Sisense also added value to users interested in legacy reporting which used to rely on archaic and difficult-to-maintain data warehouses. In Version 6, fragile reporting practices were replaced with configurable analytics based on specialized resources exported from connected apps.

Ever since it was introduced, Sisense has been doubling its growth and ROI rates, and assembling global customers arriving from all sectors and industries. It is the favorite BI app of large retailers, health care facilities, legal and financial service providers, thanks to which it has been awarded multiple times. Currently, the company is promoting Version 6.2, enriched with a Google BigQuery Connector and native Hadoop connectivity.

Chris Miller is a senior customer service analyst at FinancesOnline. For more than 5 years now, he has witnessed and written about the tremendous impact of digital technologies that have deeply disrupted the customer service industry. The onset of chatbots and other AI/ML tech, omnichannel platforms, highly personalized service, the emerging blockchain methodologies specially created a deep impact, all of which are reflected in his writing. His reviews of customer service applications serve as invaluable resources for businesses of any size and scale.