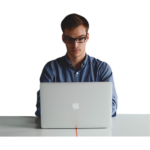 Running a small business is one of the most exciting career paths you can take, but it is also one of the more perilous. There are simply too many things that can go wrong that you really have very little wiggle room and you need to minimize your own mistakes in order not to add to the mix.

Some of the worst mistakes small business owners can make are those that have to do with money, the company assets that are often mismanaged. This causes a whole slew of problems for the SMB, its future and the fates of its employees.

The good news is that we are living through an unprecedented technological boom and many of the new technologies can help prevent SMB owners from making money mistakes so common for the sector.

Today, we will be looking at these technologies and how they make life easier for SMB owners.

The easiest way to prevent money mistakes, or any other type of mistakes for that matter, is to enable SMB owners to gain new knowledge and adopt new skills that will help them run their company more efficiently and intelligently.

Up until relatively recently, SMB owners had to physically attend various courses or even college classes in order to gain new insights into how to run companies. Often times, these courses turned out to be subpar, discouraging SMB owners from attending perfectly good courses in the future. The literature was also limited, especially in parts of the world where there is not that much business writing available. It should also be pointed out that all of this cost quite a bit.

Nowadays, thanks to learning management software (LMS), SMB owners can access courses and content from the leading business experts and organizations, learning exactly what they wish to learn, when and how they wish to learn it. Some LMS solutions come with video courses, while others are more text-based. Some of them have tests at the end, while others are less committal in nature.

Beyond that, SMB owners can nowadays access a pretty much endless supply of various books and guides that are available online, as well as attend online business school courses that are provided by universities half the world away.

Thanks to all of this new knowledge, it is much easier for SMB owners to hone their skills and become knowledgeable enough to avoid mistakes or at least recognize them early enough to act upon them.

Looking back, many of the money mistakes that SMBs have been traditionally making have a very common and actually very pedestrian root cause – a lack of choice.

Perhaps the easiest way to explain this is with a hypothetical example. Let’s say that you have been running a contracting business in a small Texan town. Your town has always had one or two accountants and just as many lawyers. Your local suppliers have also been somewhat limited. If you needed something more “exotic” such as taking out a surety bond for a project, you had to drive to the nearest big city to find a company that would write it.

You were limited. Your accountant was as good as he or she was and the same went for your local lawyers and suppliers.

Making a mistake in such a limited SMB ecosystem was almost unavoidable.

Today, things are different. Today, you can hire an accountant who lives in Houston or some other state, if you wish. You can purchase a piece of SMB accounting software and do it yourself. You can go online and find suppliers who will be willing to get you great deals even though they are not the closest ones to you. You can also go online and get your Texas surety bond from the comfort of your home, from a reputable company that is based four states over.

One of the biggest challenges of running a small business is knowing when to make a certain decision that will have a long-term effect on the wellbeing of your company. For example, you need to know when it might be time to take on a dozen more employees or take on half a dozen new accounts. Perhaps it is time to relocate? Perhaps you should take out another loan and expand? Perhaps it is time to sink more money into marketing?

In the past, such mistakes were made under a huge influence from the so-called “gut feeling”. It would be silly and perhaps even romantic to believe that SMB owners didn’t base their decisions on some data, their experience and predictions that were based on their expertise and analytical skillset.

That being said, they never operated with the same amount of data and analytical tool options that they do today.

Business analytics used to be reserved for the largest companies such as AT&T, GE, Toyota or Nestle. Such software required far too much computational power and whole teams of analysts who would make sense of the analyses that were provided by this (by today’s standards) rudimentary software.

Today, business intelligence software is perfectly accessible to SMBs, thanks to the explosion in computational powers, the emergence of the SaaS model and the increase in internet speed available to standard small companies.

As a result of this, small business owners can nowadays make decisions (including money decisions) based on far more data than ever before, increasing their chances of making the right decisions and preventing mistakes.

When we are talking SMB money mistakes, we simply have to mention a thing or two about HR. HR has traditionally been more of a mid-sized or even large company thing. HR still has this stigma of a crusty old department that does nothing smart in a company. Standardized HR practices are still scoffed at, especially in small business where it is seen as something no one has time for.

This, as it turns out, is one of the biggest SMB money mistakes – bad or nonexistent HR.

For one, the actual subsequent costs of bad hires (hiring is a big part of HR) are far higher than what you might think. In a small business, bad hires are even more noticeable and their impact even greater as every decision is magnified by the limited scope of such an organization.

Subpar HR practices also cause new hires to become productive much later than they would be with a proper onboarding process, for example. Moreover, a lack of at least some HR considerations, employee engagement is difficult to achieve and it can be even more difficult to retain top employees once they start getting new offers.

It should also be pointed out that job sites and the increasing use of social media in talent attraction can also help reduce HR-related mistakes in small companies.

Money mistakes will always be a part of the SMB experience and there is no avoiding it. That being said, with smart practices and employment of new technologies and software solutions, SMB owners can definitely reduce these mistakes and avoid catastrophic consequences.