These days, students have more to worry about than getting good grades or fitting in with their peers. The sad truth is that crime and violence have become common in schools today. In some cases, schools have even become a place of death, if the recent history of school shootings is anything to go by.

With most schools in total or partial lockdowns, crime across the US seems to be on a break. However, the nationwide COVID-19 restrictions seemed to have made little impact in stopping young perpetrators from committing student crimes across the US.

The latest student crime statistics likewise show that students all over the country are exposed to a wider variety of crimes and threats, on top of the impact of COVID-19. These statistics can help policymakers and school authorities make more informed decisions and craft more effective solutions to reduce violence and crime in schools. 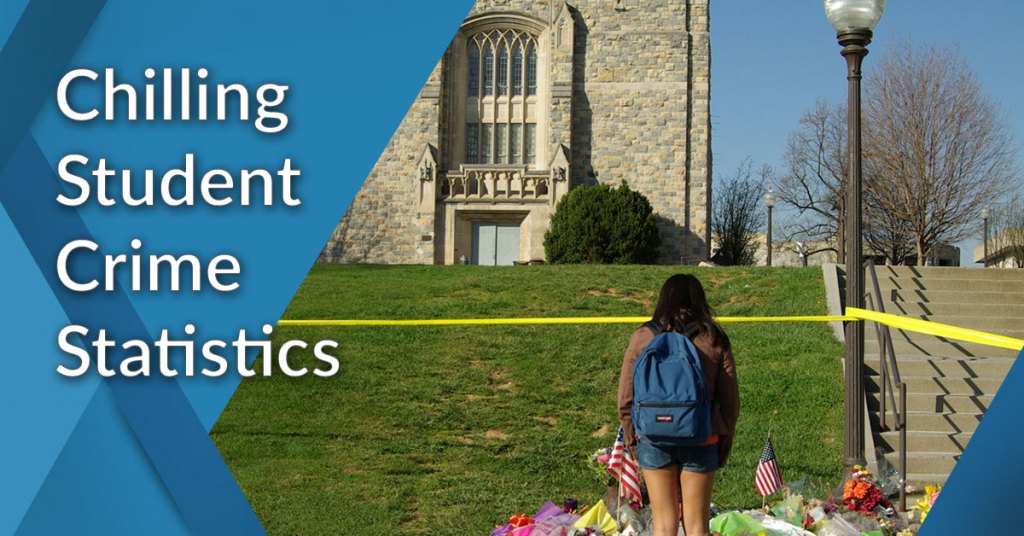 School-based crime did not rest even during a nationwide lockdown due to the coronavirus pandemic. Here are some key statistics: 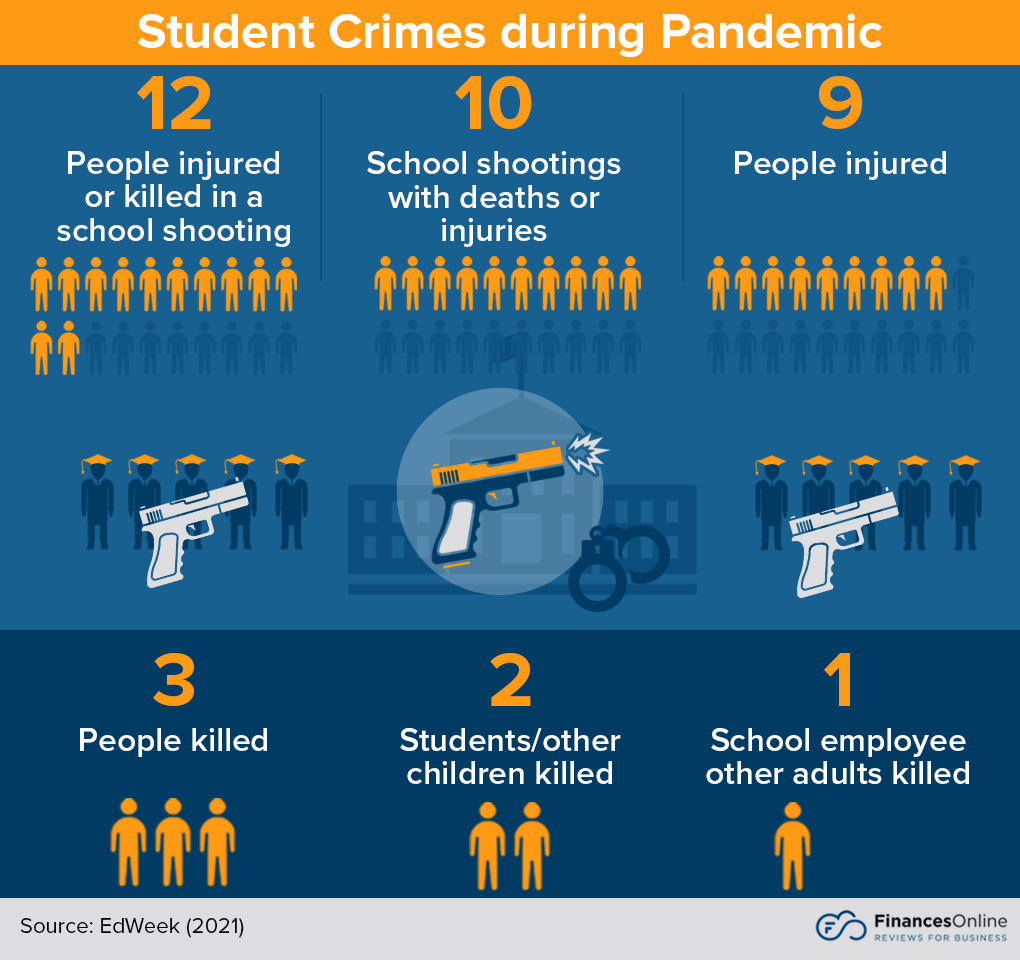 This coronavirus pandemic is truly a novel period, especially for school-age children because of the unprecedented opportunity to stay online longer than any time in the past. This situation was the single significant factor that prompted the rise in cyberbullying behavior in the US. Because it was widely known that COVID-19 originated from Wuhan, China, Asian Americans, including children, had been the unfortunate target of numerous cyberbullying incidences.

These student crime statistics show that both types of crime continue to run rampant in schools today. These instances of violence and instability may be exacerbated by the fact that 4.5 million children ages three to 17 have been diagnosed with behavioral problems, based on these education statistics. 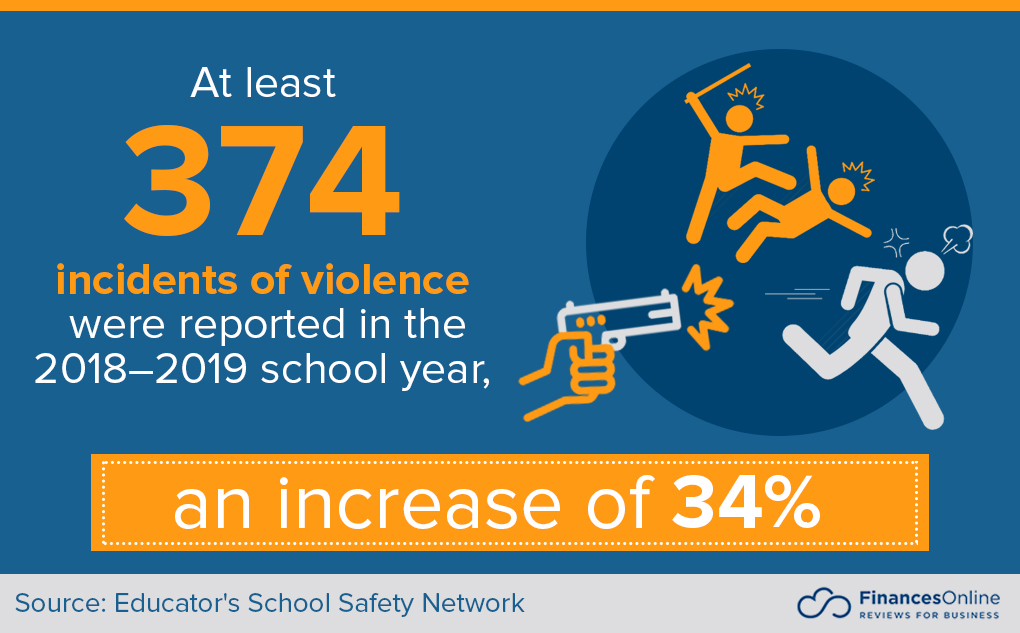 Public and private schools are often pitted against each other, not only in terms of quality of education but also concerning school safety. While violence can occur at any type of school, school safety statistics show that private schools often offer more safety to students. 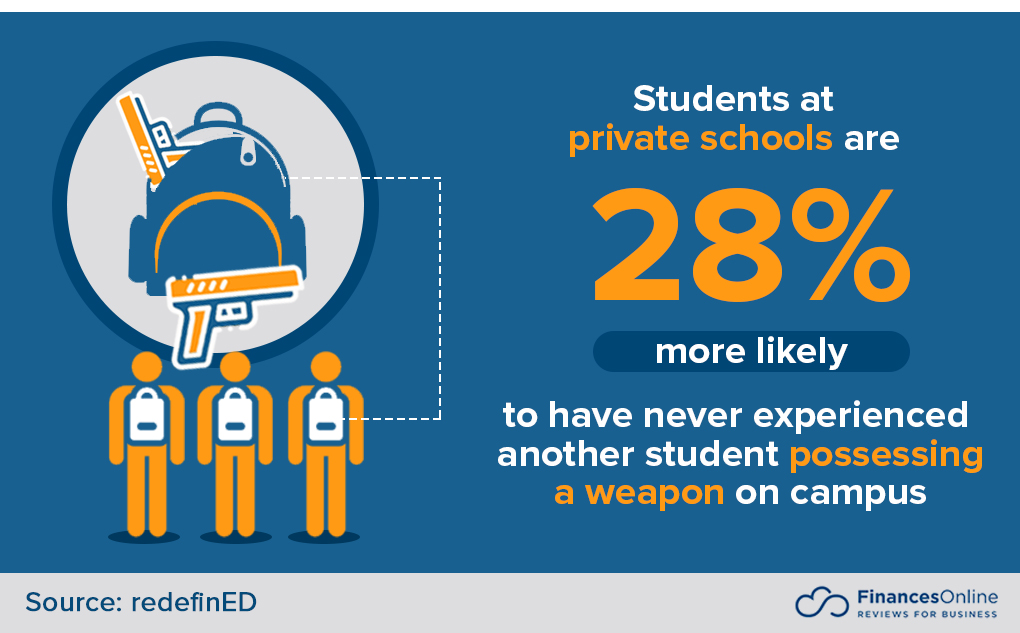 According to these school violence statistics, students today encounter a wide variety of factors that threaten their safety, not just active shooters. For instance, violent events that students experience in school include large-scale student fights, aggressive figures, such as trespassers and disruptive parents, attempted abductions, and assault.

Individuals Who Made Violent Threats at Schools

These days, students are no strangers to gun violence. Gun violence affects 3 million students at school each year and it’s just one factor driving student stress statistics to alarming levels.

In 2020, there have been six shooting incidents so far at US schools. The most recent shooting incident involving a student occurred in January in Antioch, California, where a 16-year-old male student was shot and killed in Deer Valley High School.

Aside from incidents with active shooters, students also experience threats of injury from firearms.

Thanks to the Clery Act, US colleges and universities receiving financial aid from federal programs must disclose and disseminate a public annual security report to employees and students. This report typically includes statistics on campus crime from the previous three calendar years. Crime figures detailed in the report cover four main categories: criminal offenses, VAWA (Violence Against Women Act) offenses, hate crimes, and arrests and referrals for disciplinary actions.

Under the fourth category, for instance, this annual report must include statistics on drug abuse violations committed by students. These reports are especially important to provide more transparency into college drug abuse statistics today.

Due to the high incidence of crime and violence in schools in the US, various organizations have committed to help schools and school systems improve preparedness and overall safety. To achieve these goals, many schools have implemented strategies such as improved student supervision and school hardening, which involves purchasing advanced surveillance equipment and bullet-proofing technologies. 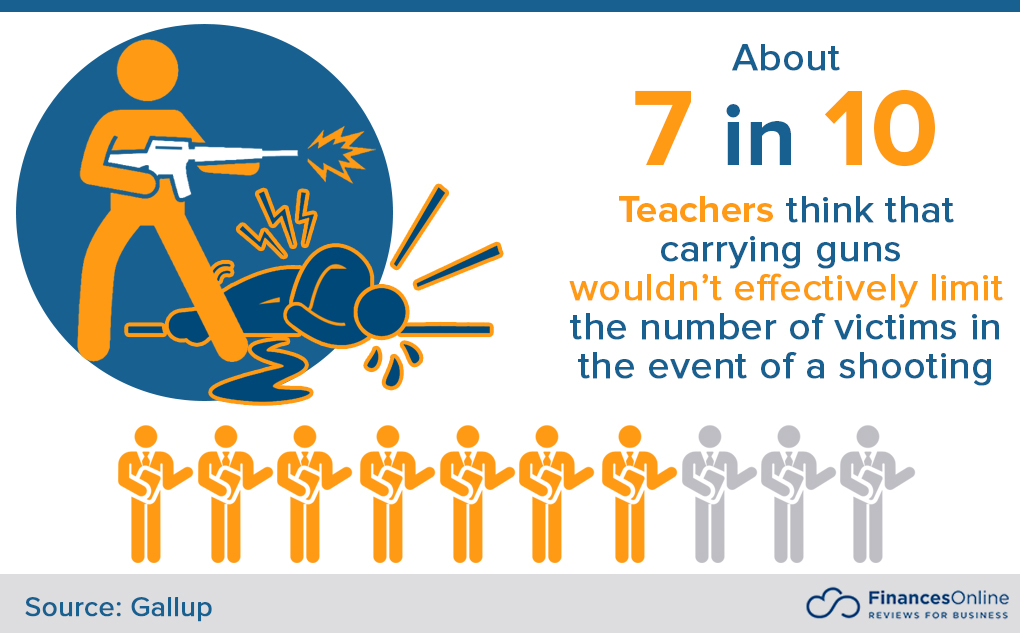 Crimes in schools have various negative effects, not the least fear in students and teachers and school staff as well. In many cases, student crimes also increase schools’ operating costs, as schools have to allocate funds for protection. Likewise, a high incidence of crime in schools also affects enrollment and teacher retention rates.

Likewise, the above statistics indicate that school authorities and local law enforcement must continue to further intensify their crime prevention strategies within their campuses and in the surrounding communities. It is high time for more proactive and relevant changes in school policies and teaching methods to control the occurrence of student crimes during and after the pandemic.