Dog is considered to be man’s best friend. Many people pick up a puppy from a dog shelter and try to give it a home and good care. But if you want to raise a pedigree dog and train it well to take part in dog competitions, be prepared to shell out a small fortune first. Taking care of a dog during its lifetime can cost you thousands of dollars as you need to pay for vaccines, food, and pet supplies. And you need to pay upfront to buy the puppy in the first place. The price of a pedigree dog usually depends on the purity of breed and rarity. In this article, we look at the most expensive dog breeds in the world. The leader on our list can cost as much as $10,000 for a pup. Are they really worth that price? 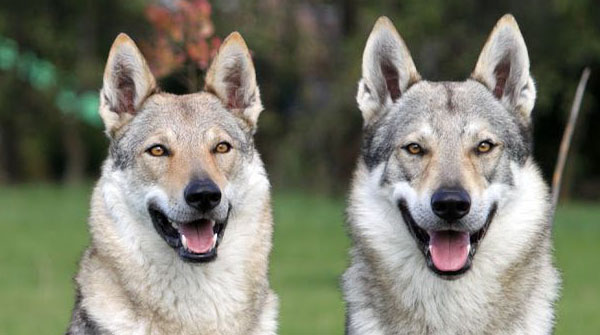 The Vlcak, also called the Czechoslovakian Wolfdog, was created by mating Carpathian wolves with German Shepherds. You might have to travel all the way to the Czech Republic to get one as the Vlcak is mostly available only there. This dog looks similar to a wolf and has an active and lively personality. It is a very social dog and can be trained early to live with a family. The Vlcak rarely barks and is an expert at reading body language. 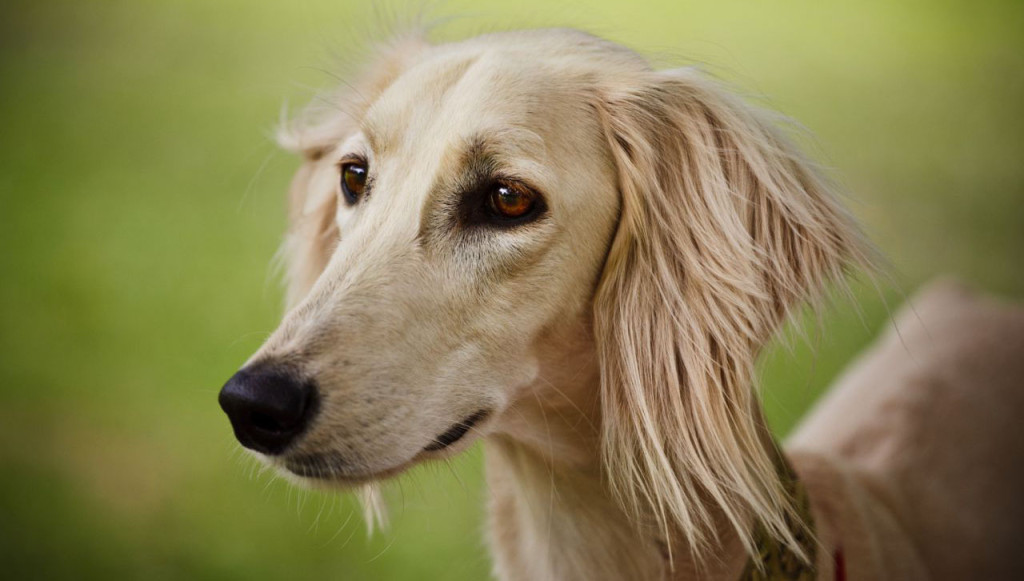 The Saluki is also called the Royal Dog of Egypt. They have been man’s best friends since the days of the Pharaohs. Merchants on the ancient Silk Route in China as well as hunters chasing gazelles and hares are known to have used the Saluki, making it one of the oldest domesticated dog breeds. The Saluki is a long, tall, and slim dog that can grow up to 60 pounds in weight. It is independent and aloof in nature. The Saluki also needs plenty of exercise, so it’s a breed for active people who won’t constantly pamper their dog at home. 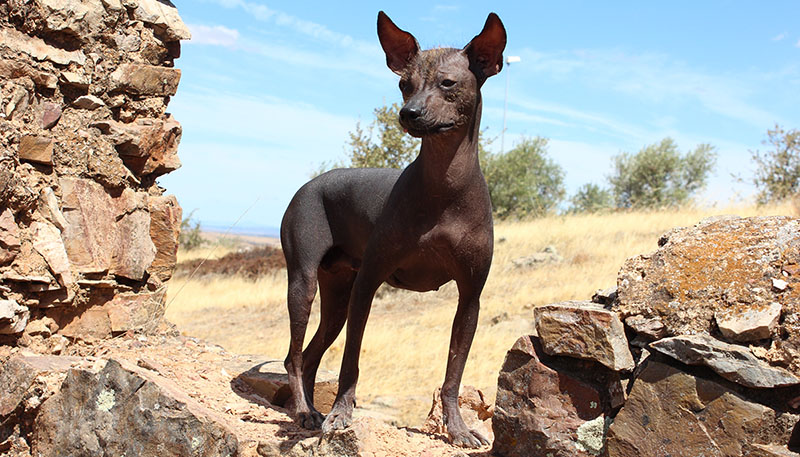 This breed is extremely odd looking as it is completely hairless but for a few random hairs on the head and feet. Its skin color is usually elephant grey with rare variations of chocolate brown or copper. In some dogs, the legs are mottled or have spots on them. The Peruvian Inca Orchid comes in three sizes ranging from a small nine pounds to a heavier 55 pounds. Since it is hairless, this breed’s skin needs great care to protect it from sunburn and clogged pores. During winter, you would need to invest in thick doggie coats to keep this dog warm. 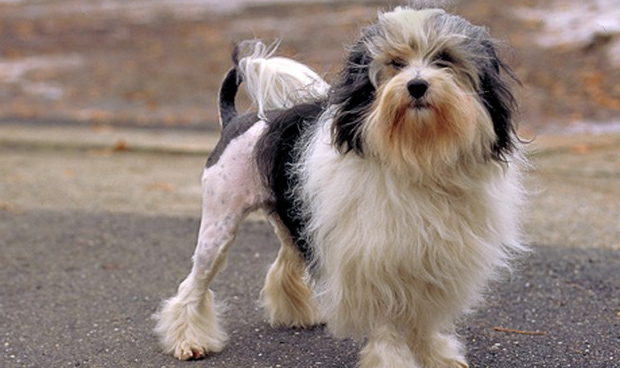 The Lowchen means “little lion” in German. They are small dogs growing up to only about 14 inches and weighing about 18 pounds (males). The Lowchen is a rare dog and only a few hundred puppies go for sale each year at kennel clubs worldwide. This breed was the best friend of royals in medieval Germany and France in the past. Dog of this breed are playful and friendly by nature, and love being in human company. They like children a lot so they may be a perfect companion for your kids.

The Azawakh is one of the few rare African breeds that is available for buying in the US and Canada. African nomad tribes originally bred the Azawakh and trained it for hunting and guarding. It can run faster than a greyhound and reach up to 40mph in speed. For this reason, the Azawakh was trained to hunt fast-running animals like gazelles and hares. It is a brave dog that can chase away even larger animals. This lean and tall breed usually has a sandy or brown color, and needs plenty of exercise plus love from the owner to be happy. 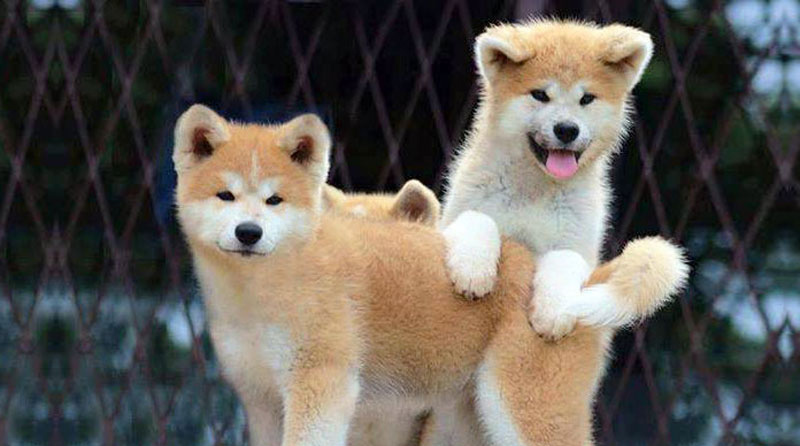 The Akita has become famous because it has featured in many Hollywood movies and has recently became widely recognized through a popular “doge meme”. Its origins are in northern Japan and there are two variations of this breed: Japanese and American. The purebred Japanese variety is the more expensive one. The Akita’s looks and temperament are similar to the Siberian Husky. It is a heavy dog with a big head and thick double coat, making it a suitable pet for cold climates. By nature, Akitas are reserved with unknown people, but protective of its owners. They are also fastidious about cleaning themselves after eating, much like cats. 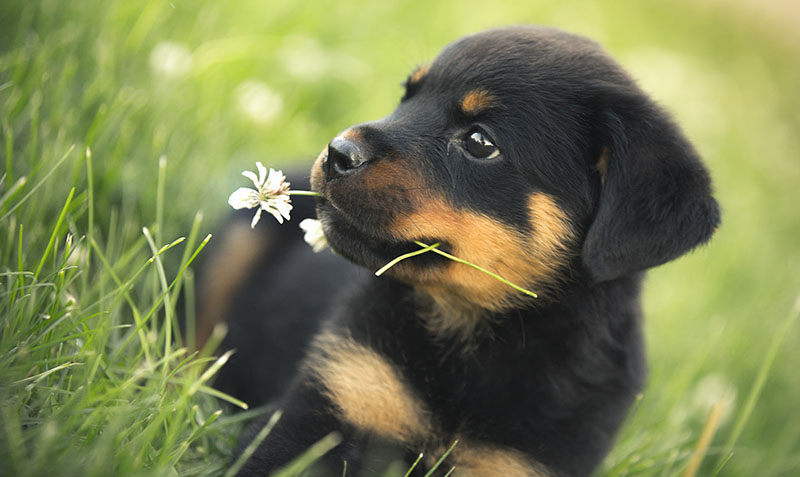 The Rottweiler was originally trained by butchers to pull carts filled with meat to the market. That is why they are nicknamed butcher’s dogs. They were also used for protecting and herding stocks. The Rottweiler is a strong and intelligent dog. It can grow up to weigh about 130 pounds and will fearlessly protect their owner against enemies. Since they are protective about their territory, they need to be trained early. Though Hollywood has made the Rottweiler look like an aggressive and violent breed, it can in fact become a good family pet with enough love and training. 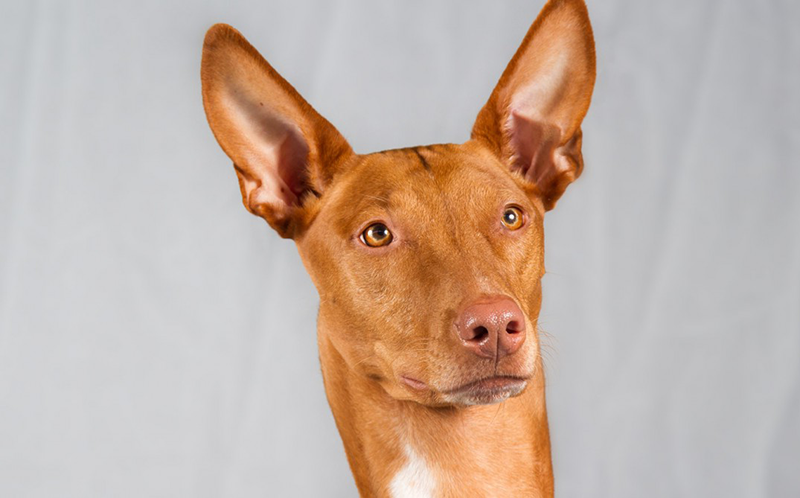 The Pharaoh Hound is not the national dog of Egypt, but rather of Malta. This dog has royal looks, athletic build, and good intelligence. Its ears and nose start blushing when it becomes excited or happy. The Pharaoh Hound has a reddish coat and can grow up to weigh about 55 pounds. Females can reach about 21 inches in height, and males about 25 inches. This breed is independent and stubborn by nature, and therefore can be tough to train. 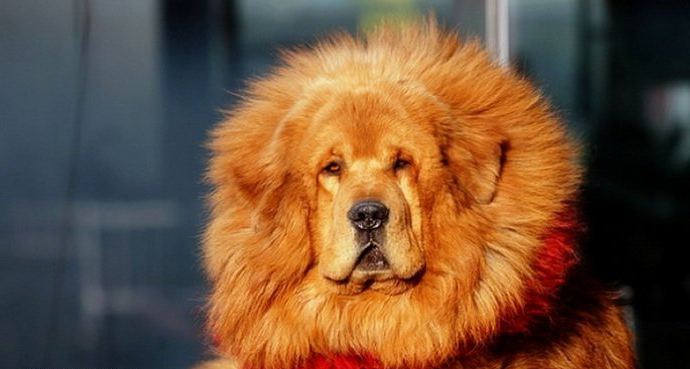 The Tibetan Mastiff is one of the biggest dog breeds, with origins in China and Nepal. It can grow up to 33 inches in height and weigh about 160 pounds. This dog was originally trained to protect homes and flocks from wolves and leopards. By nature, the Tibetan Mastiff is strong-willed and stubborn, and therefore difficult to train. In 2013, a red-colored, rare Tibetan Mastiff was bought for $1.9 million in China. 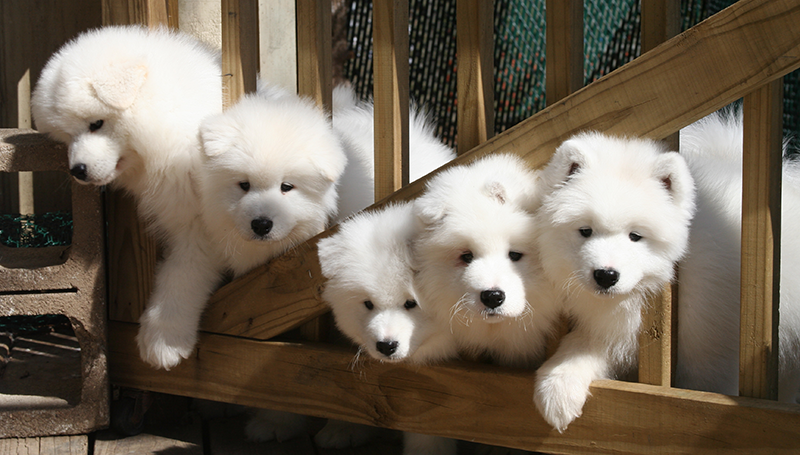 This breed gets its name from the Samoyedic tribe in Siberia which originally trained this dog to herd reindeers and pull sleds. Thus, the Samoyed can be compared to breeds like Siberian Huskies which thrive in cold climates. Male Samoyeds can grow up to 66 pounds in weight. By nature, it is a strong and tough dog, but with a friendly and alert temperament. Since the hair of this dog breed is known to have hypoallergenic properties, its shed hair is used to make knit scarves and gloves in some parts of the world.

I got my first Akita in 1973 and have had Akitas continually since then. I did Akita rescue from the early 1980's until 2020.Akitas need to be socialized with people and other animals from puand trained from puppyhood. They are highly intelligent, and loyal. I can't imagine life without at least one Akita.

We had an Akira Shepard growing up.... he was the best damn dog to ever exist. my parents split up when I was a kid, mom took us, dad took the dog. Tiny (the akita shepard) regularly would clear my dad's EIGHT FOOT FENCE, then he would walk the fifteen kms to my mom's house lol. This happened after every time we visited our dad... Tiny loved us more then our old man haha. If I ever owned another dog it will only be an akita Shepard. Nothing more nothing less.

The "doge" meme features a Shiba Inu, not an Akita Inu! They do look similar, although one easy way to tell them apart is that shibas have coloring on top of their muzzles, whereas akitas have white only.

Czechoslovakian Wolfdogs are a SLOVAKIAN breed - it is the owner of the breed and not Czech Republic.
If you want a buy a good show/breeding it is better to visit Slovakia, very good kennels are in Poland also. Some good breeder can be found in Lithuania and Germany... Sadly the most Czech kennels base on the Italian and Hungarian blood - they are no more of good quality, some are not even really purebred dogs (they are using mixes of Saarloos, husky or AWD).

We have owned Akita’s for close to two decades. There are two purebred type Akita’s, Japanese & The American Akita. They are fairly easy to tell one from the other, the Japanese breed have smaller eyes with and a look on their face that someone just stole their last bone, the American breed has larger bright eyes with a a face that actually looks like a glowing smile as if they are the one whole stole the Japanese breeds bone.
In our eyes the American breed is the better choice as a family dog especially if you have other pets, they are peaceful breed looking for love from anyone who arrives at our door, if the grand kids arrive, all rules are off and they no longer give us a 2nd. look acts like he has gone deaf.
If you want a great breed, the American Akita is a great choice.
Remember though, any breed needs socialized, the Akita is no different, they need socializing, socializing
socializing 14/7 every day. Enjoy your Akita!