What is the most expensive Christmas gift ever in history? You’ll be hard-pressed to pin down an answer frost-crystal clear. But if gift-giving over the holidays is anything but to spread goodwill and happiness, some pieces of history trump their modern equivalents hands down. The next best thing is to collate the most expensive gifts ever, ranging from diamond jewels, precious artworks, even a golden bathtub, to the exquisite, often over-the-top expression of fathers’ love for their daughters. 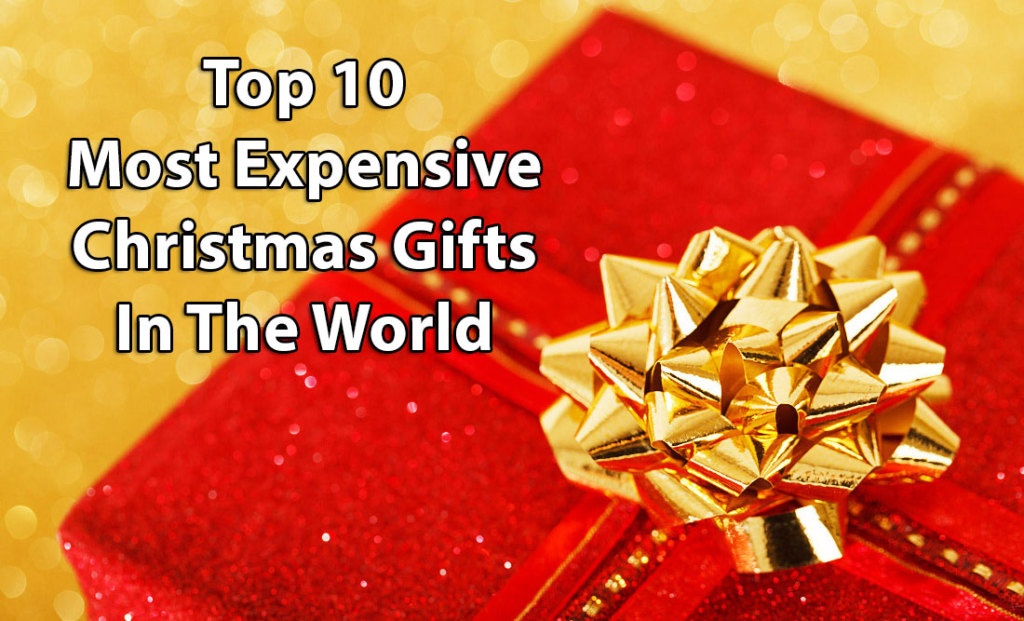 Christmas is all about Santa, Christmas trees, noche buena—that’s Christmas dinner for the non-Spanish-speaking parts of the world. But nothing bears the spirit of Christmas like the giving of gifts. With centuries behind it, the tradition of Christmas gift-giving has found its way to even non-Christian cultures of the world. Why, you can give someone gifts outside of Christmas nowadays and the recipient would count himself having hit the Christmas wheel suddenly.

Unlike us ordinary mortals, however, the super rich and uber powerful have it all in them to indulge in fancy gift giving. Gems worth thousands, even millions? Check. Super planes and super yachts in the tens or hundreds of millions? Check. Rare art pieces and fancy handbags? Piece of cake. If they could put up Christmas trees worth millions for but a short time, what’s a grand vacation to an island?

Heck, they would even go with the ultimate sendoff, a trip to outer space. When someone has a pile of cash and has run of out typical ideas to spend lavish gifts, why not? In the spirit of the approaching season and the exciting gift-giving that comes with it, we turn to some of the most expensive gifts ever thought of by man in history.

Prepare for the ultimate level-up in Christmas gifting.

What are the top 10 most expensive Christmas gifts in the world? 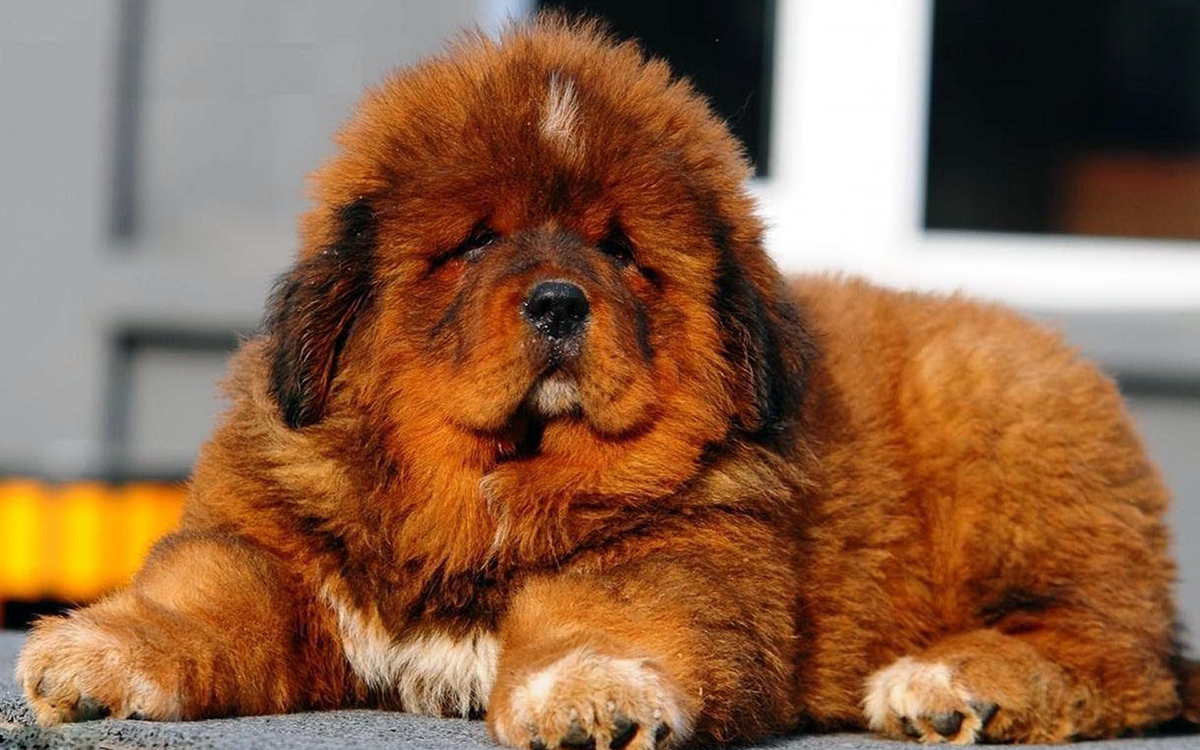 Man’s best friend gets the nod on our most expensive Christmas gifts—though it’s no ordinary canine, not by any shot. We’re talking of a Tibetan mastiff, whose market price is probably going for its weight in gold. In 2014, for example, one of this precious pups went for a cool USD 2 million during an auction.

This one is no less extraordinary, and it couldn’t have gotten a better friend, master, or owner, whatever strikes your fancy: it’s Royalty. Which royalty, you ask? Why, Chris Brown’s daughter, of course!

So long story short, Chris paid a whopping USD 1.5 million for the mastiff, and had his precious girl find it tied to a lovely tree one Christmas morning. How long do these canines live, anyway? At that price, it should be good for a few generations.

Even the worst of climate change has not yet conferred snow in California, but if you had a string of megabuck investments in some of the most successful television series on earth, then you certainly acquire the means to do something about it.

As the man behind such mega-successful TV shows The Love Boat, Charlie’s Angels, Dynasty and Beverly Hills, Aaron Spelling amassed quite a fortune that allowed him to make scorching-hot California chill like the polar caps for his kids. A giant snow machine did all the trick, producing mountains of fake snow which made for festive white holidays at the Spellings’ Beverly Hills residence.

One of the kids, Tori Spelling, loved it so much that she duplicated the feat in 2009—for her own kids this time. 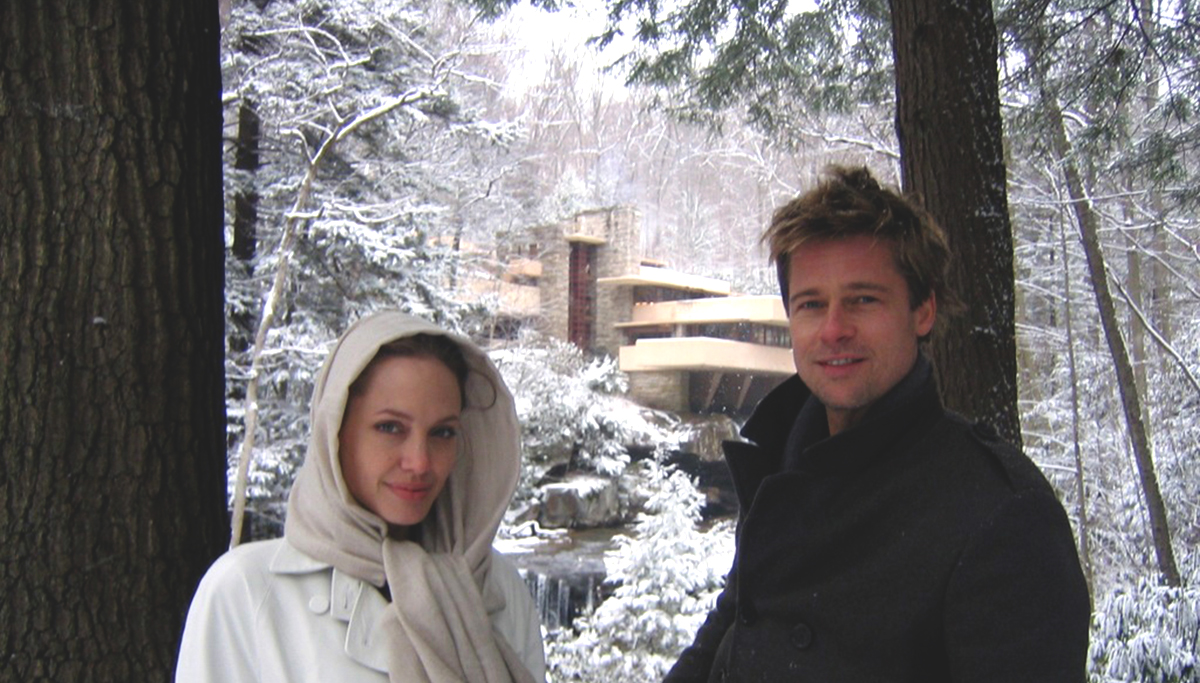 While Brad Pitt has a number of top-selling films to his name, not many of his legions of fans know that the man had a passion for architecture. One that he really admires is Frank Lloyd Wright, especially the famed architect’s much venerated creation, the Fallingwater. Angelina Jolie knew, however, and before their eventual split, Jolie presented the actor a California waterfall and its adjacent lands, for him to realize his dream of recreating his own version of the stunning Wright work.

There is a question that we could ask about the amazing Christmas gift: did it come with a bow? For an inspiration, she could turn to another architectural wonder in New York: the Cartier headquarters. 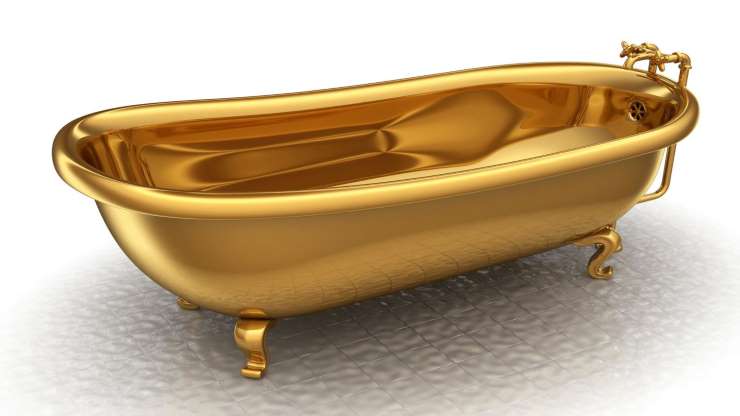 Although former husband and wife Mike Tyson and Robin Givens hugged the limelight for the wrong reasons during their tumultuous marriage, there’s no doubt the couple had had their moments.

With an asset formerly running in the USD 300 million range, Tyson could certainly afford the best things in life. And he did, gifting Robins a 24-carat gold bathtub Christmas present with a price tag of USD 2.3 million back then. Who says the man did not have a golden heart?

Asian superstar Aaron Kwok and then-girlfriend Lynn Hung join our illustrious ensemble of passionate people who spare no expense to make that one Christmas gift something to be just a tad more memorable than the ones before it.

In Aaron’s case, it’s in the form of a luxury apartment that offered a dreamy view of sun and glittery sea spread just below it—surprising Lynn with the Christmas gift once he learned she totally fell in love with and wished to own it. The USD 2.6 million real estate could have been a perfect honeymoon place, too: too bad the story didn’t quite make it to the altar. 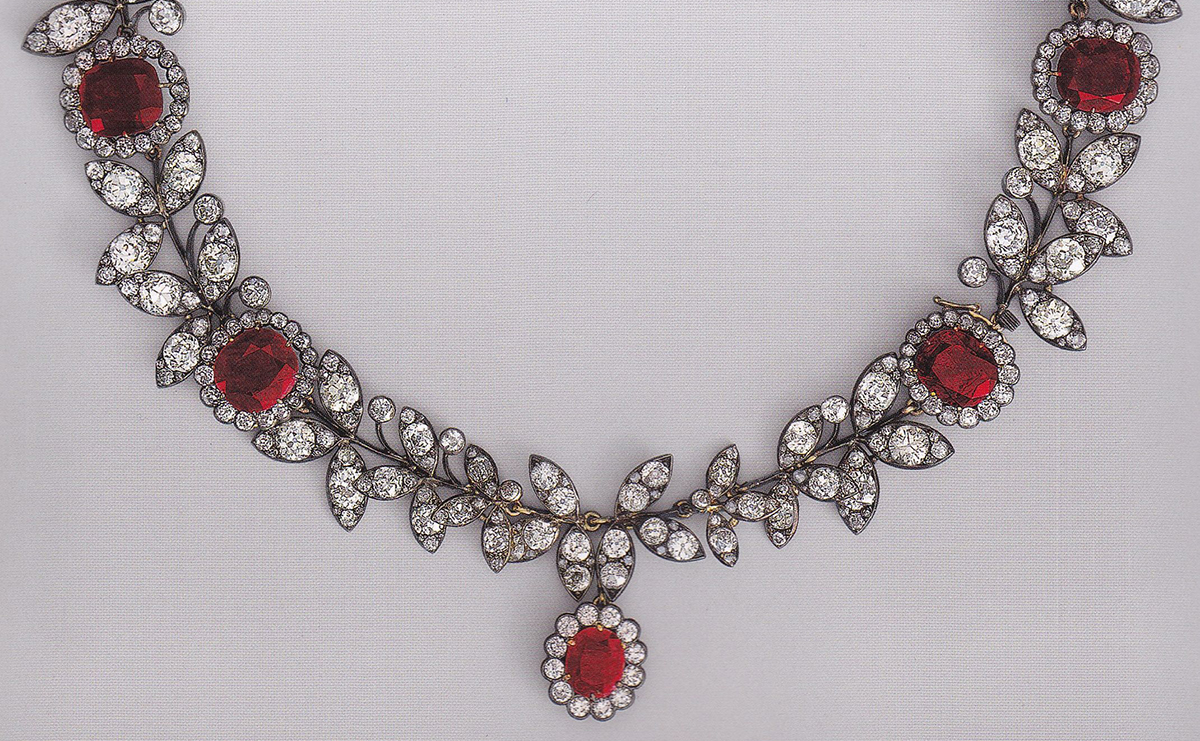 As two of the most famous people on the planet, David and Victoria Beckham can pull headlines like black holes everywhere they go. Year 2005 proved to be a milestone for the couple, David surprising Victoria with Christmas presents no ordinary mortals could aspire for: a USD 100,000 diamond-encrusted handbag, a custom-built USD 500,000 Rolls-Royce Phantom, and the best of the lot, a USD 2.4 million Boucheron ruby and diamond necklace.

Despite these mind-boggling amounts, remember that mega celebrities like the Beckhams also give one another gifts outside of the holiday seasons. Sometimes more expensive than the ones listed here, too. 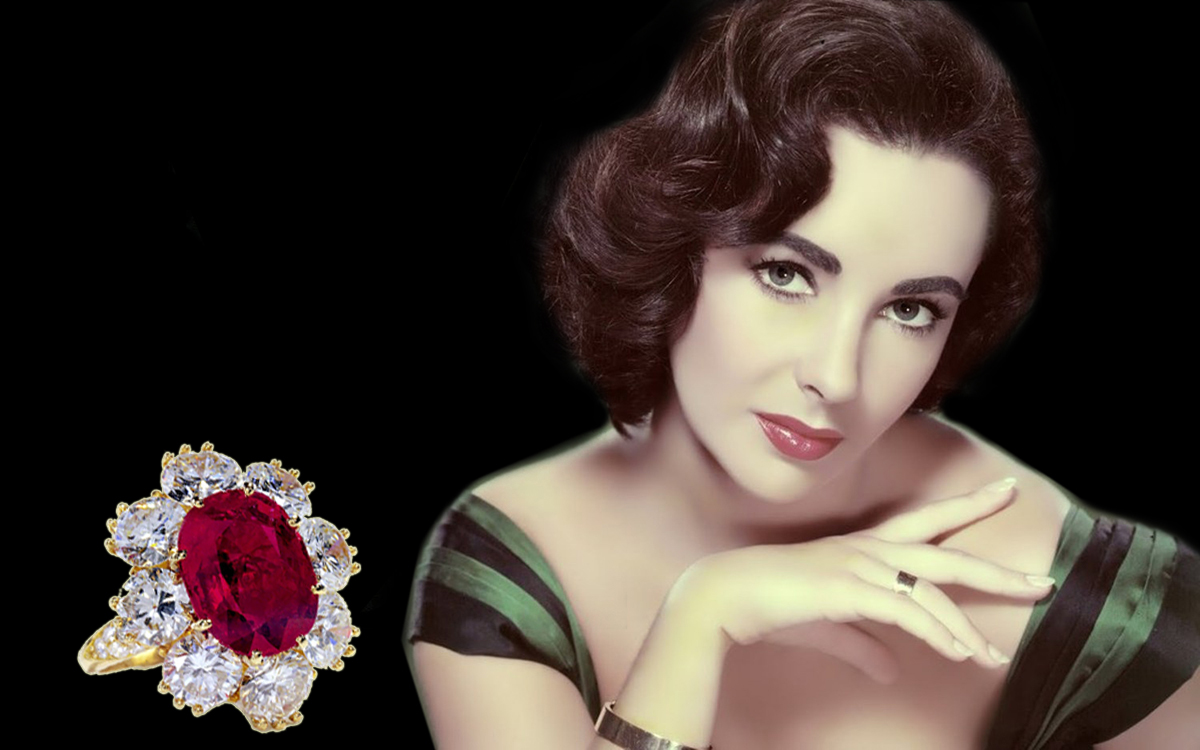 Given Hollywood goddess Elizabeth Taylor’s well-known colossal acquisition of diamond and other jewelry from her husband Richard Burton and well-heeled admirers, it’s not a surprise that she’d amass a sizable collection that would draw the attention of avid collectors all over the world. So it was told in December 2011, when the actress’s famous collection went on the auction block and collected a hefty sum of USD 116 million.

The Taylor collection included the storied La Peregrina, which passed from the African slave who found it at Pearl Islands in the Gulf of Panama to European kings and queens across hundreds of years. Another, an 8.24 Van Cleef & Arpels diamond-and-ruby ring, set a per-carat record for a ruby at USD 512,925, good for a USD 4.2 million total. As a Christmas present in 1968, Richard Burton delivered on his promise of a perfect ruby ring to his then-wife. Liz couldn’t agree more, beaming that it was the most perfect colored stone she’d ever seen. 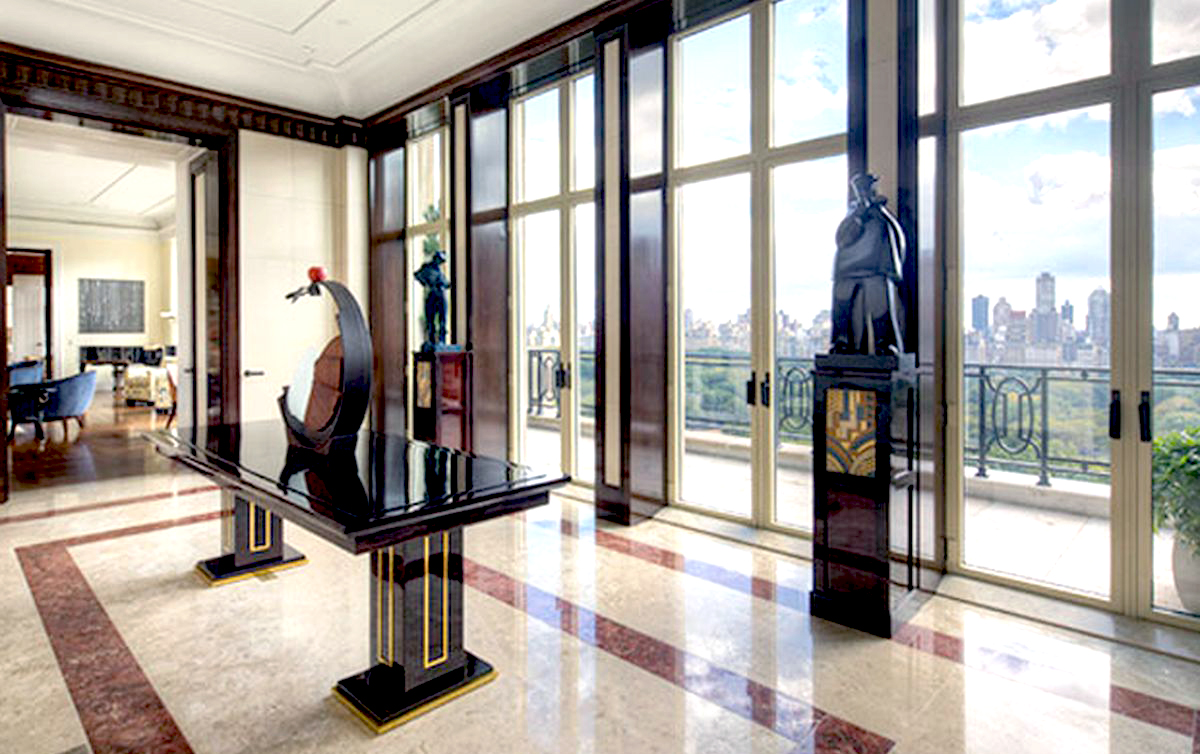 While some of Hollywood’s biggest names could afford to buy properties worth millions after compiling record-breaking outputs, a 22-year-old didn’t even have to lift a finger to snatch a property worth a cool USD 88 million.

But Ekaterina Rybolovleva is no ordinary 22-year-old: she is after all the daughter of Russian billionaire Dmitry Rybolovlev, and what do megarich fathers do but buy their daughters Christmas gifts worth millions. And that exactly is what Dmitry did, buying the famous Sanford Weill Manhattan property as a Christmas present for his daughter like it was the most normal thing to do in the world.

2. Evalyn’s Jewels, Star of the East and Hope Diamond – Upwards of USD 250 Million 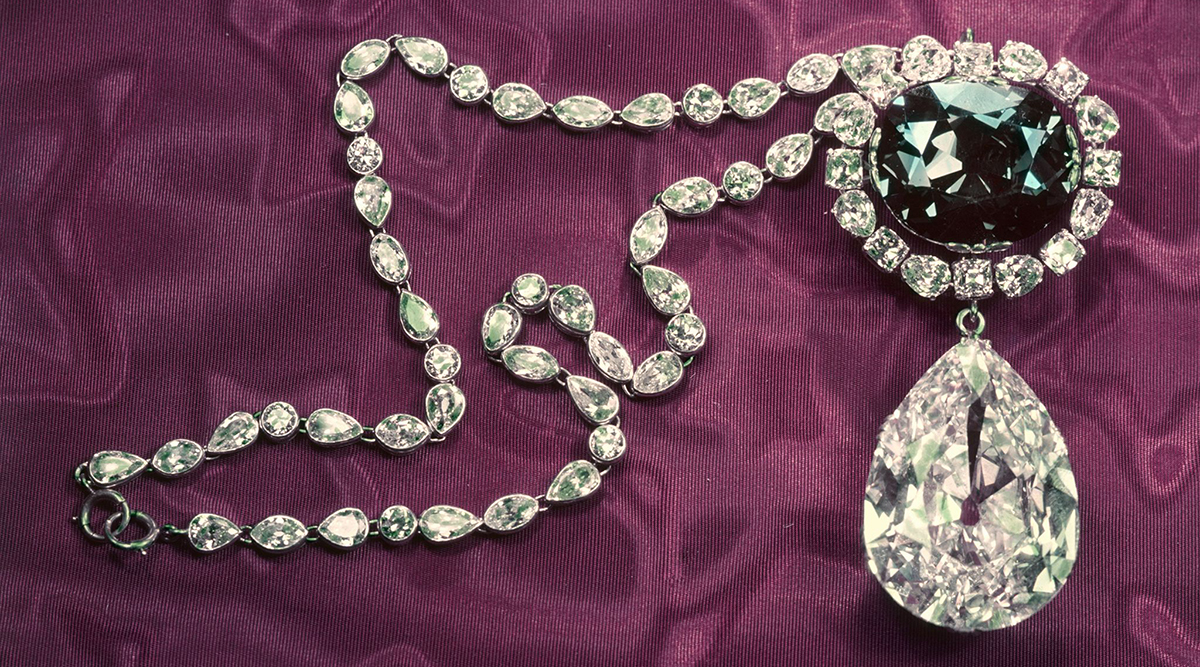 The late American mining heiress Evalyn Walsh McLean once owned two of the most famous jewels in history, the Star of the East and the Hope Diamond.

The Star of the East came into her hand when she used the cash—given by her father as her 1908 wedding present—to purchase the 94.8-carat pear-shaped diamond, mounted on a chain below a hexagonal emerald of 34 carats and a pearl of 32 grains. She rationalized her enormous purchase as a shrewd investment, and the excessive price to cover not only her wedding but also her Christmas present. Three years later, her publishing scion husband bought her the 45.52-carat Hope Diamond.

Evalyn thoroughly had the most wonderful time wearing and displaying the glittering pieces at various events throughout her lifetime. When she got tired of the attention, she would have her favorite dog wear one of the two famous pendants. Imagine the chagrin of those who could not afford even the chain links that held these two magnificent jewels. 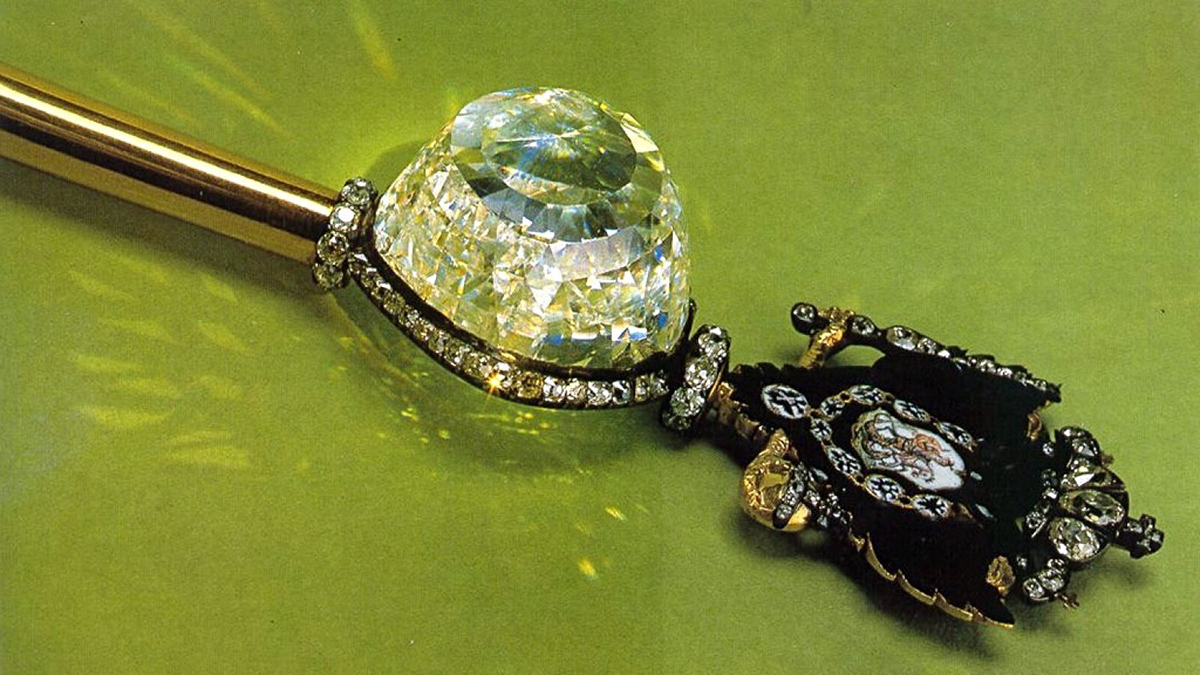 Russian Empire’s Catherine the Great was overly fond of diamonds, so when a 189.62-carat diamond in the shape of half a chicken’s egg from India came to her attention, she was smart to enlist the help of her lover, Count Orlov, to acquire it. Consequently she named it Orlov’s diamond and had it encrusted in the Imperial scepter.

While some stories had Orlov present the diamond to Catherine as a Christmas gift, in reality Orlov simply did not have the means to pay for the immense price of the diamond himself. Catherine could, however, but spun the Orlov gift story as a way to deflect criticism for her excesses, using the state budget on jewelry.

While there are many estimates to the actual price of the Orlov Diamond, its historical value far outweighs any valuation we would have of it today.