While the rest of the human race outside of Bollywood might ask, “Who is Salman Khan?” anyone in India can say with absolute certainty that he is just the richest celebrity in the country.

We all know that not all hopefuls can make it to the celebrity world. And not all celebrities even have a streak of luck to shoot to stardom—and stay there. As J. K. Rowling wrote in one of her books, “Fame is a fickle friend….” Each celebrity hankers for perpetual stardom. And with the constant influx of new and young talents, as it should be, add to that the fact fame dwindles with age, it is unquestionably an enviable feat to have maintained a stable, successful career in Bollywood, where competition is surely stiff. 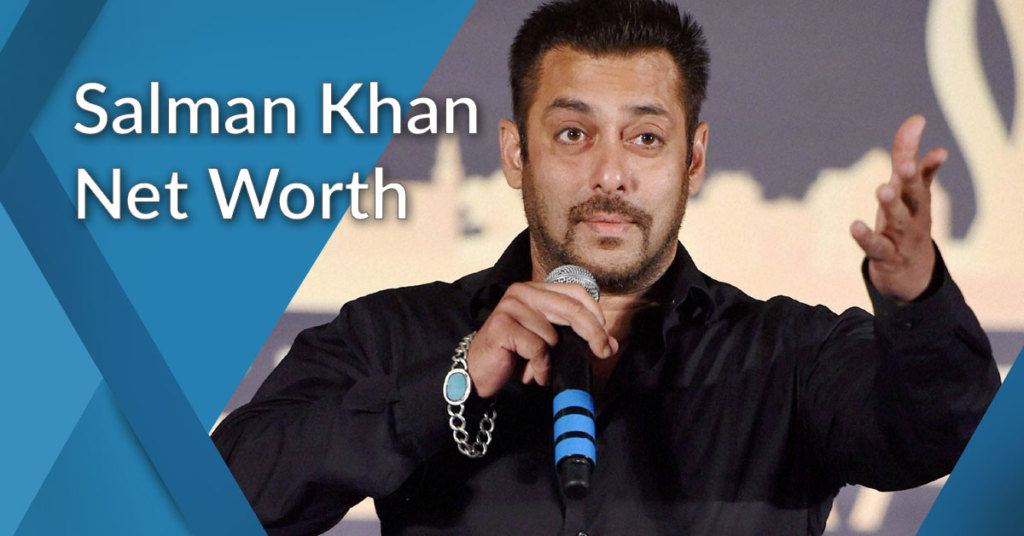 Who is Salman Khan?

Salman Khan, along with Amitabh Bachchan and Shah Rukh Khan, completes the formidable Khan Trio. He is not only one of the most sought-after actors and TV show hosts in India but also a respected film producer. Throw in some charm, a brawny physique, and good singing voice to his repertoire of talents and you have the perfect makings of a Bollywood mainstay, a categorically household name.

And as the saying goes, many great things start from modest beginnings. Salman’s first appearance, at the tender age of 15, was in an ad campaign, a commercial, for Campa Cola, a leading local soft drink brand. Then in 1988, he starred in a small supporting role—his acting debut—in the film Biwi Ho To Aisi by J. K. Bihari. The year after that, he landed in the leading role for Maine Pyar Kiya, a romantic movie. Salman Khan’s early acting roles catapulted him to insane heights and he has built on that foundation to establish a blindingly impressive career.

So, what is Salman Khan’s net worth? An obscene amount! But, has the Bollywood superstar accumulated enough wealth to deserve a place in the list of 10 richest actors in the world?

Let’s take a peek at what he’s got.

Salman Kahn’s Earnings as a Celebrity

Even before this seasoned actor started his Bollywood acting, he had already been involved in commercials and endorsements. Approximately, Salman receives an estimated $216,150 for each ad endorsement. Some of his notable endorsements include Suzuki Motorcycles, Chlormint gum, Relaxo footwear, Campa Cola, Mountain Dew, Limca Soft Drinks, and Jerai Fitness. Information about the exact value of his endorsement deals is scanty. However, being one of the top celebrities in India, you expect his income from these deals to be high.

In a span of 30 years, Salman Khan has over 80 movies under his belt. This superstar remains to be the highest-paid among Bollywood actors at $8.6 million, per film. According to Forbes, in 2018 alone, Salman Khan earned $37.7 million from acting in movies, ranking 82nd on the list of highest-earning celebrities in the world that year.

Not only is Salman Khan successful in the silver screen, but he is ruling the small screen as well. If he is not shooting movies, this heartthrob is hosting TV shows, like Big Boss and Dus Ka Dum to name a few. Given his wit, charm, and screen presence, it is not surprising that he is involved in reality shows.

Salman Khan has been with Big Boss for over nine years now, joining in season 4. His paycheck started at $360,250, per episode and doubled to $700,000 million, per episode in season 7. The increase in fees went on. In season 12, he was taking home between $1.7 million–$2 million per episode.

Apparently, at $11.2 million for 20 episodes, he charged significantly lower for his role in Dus Ka Dum. But don’t be fooled, this is still decent earning, considering he’s getting $500,000 million per episode.

On top of starring in films and hosting TV shows, Salman Khan has co-produced movies such as Bajrangi Bhaijaan, Race 3, and Tubelight, all of which he starred in. He owns Salman Khan Films and SKBH (Salman Khan Being Human) Productions, the latter of which is dedicated to his foundation. While one of the films turned out to be a box-office flop, it was reported that Salman was still able to bring home a fat paycheck. To date, Salman has received several prominent awards for acting and two National Film Awards as a producer.

According to Forbes India, Salman topped the list of the highest-earning Indian celebrities in 2018—his third year in a row. Between October 2017 and September 2018, he earned a combined total of $37.7 million from film releases (acting and producing), brand endorsements, and television appearances. 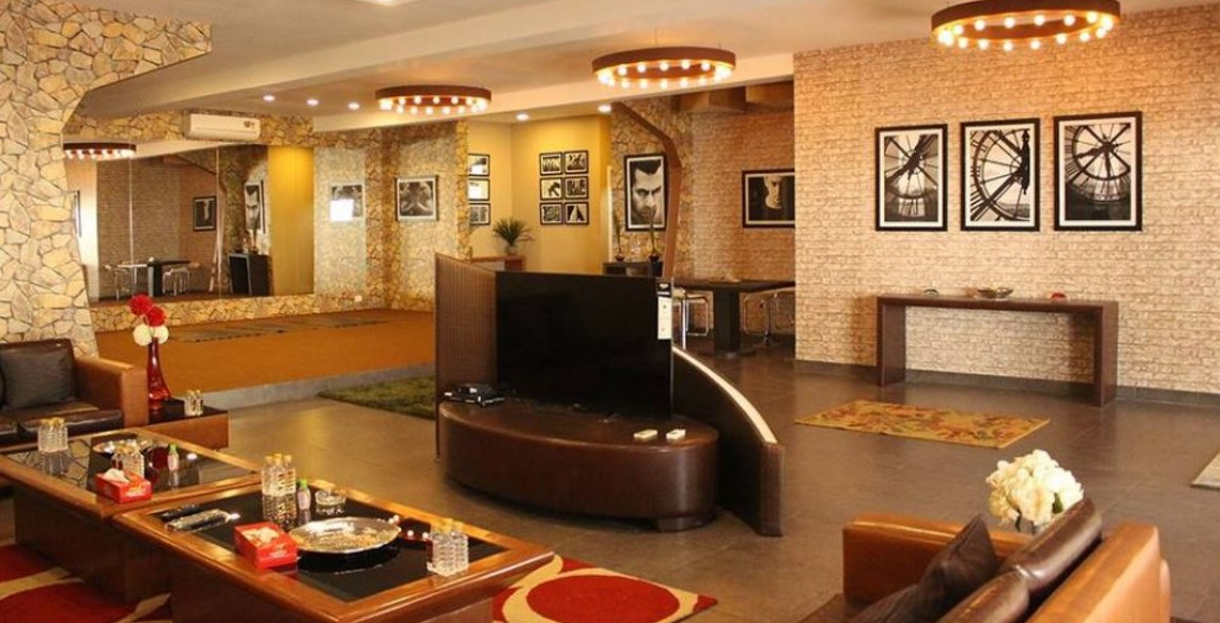 Surprisingly, when it comes to his crash pad, multimillionaire Salman Khan has opted for a modest choice. For forty years, he has lived in a 170–190 sq. ft., one-bedroom apartment on the ground floor of Galaxy Apartment, an eight-story building located in Bandra, Mumbai. Today, this apartment is valued at $2.3 million.

It has been reported in June this year that the Khan family would be moving to their new six-story abode at Chimbai Road, Bandra West, soon. The new home would be built on a 4,000 sq. ft. a plot that Salman’s parents bought for $2.1 million in 2011. The plans submitted to the Brihanmumbai Municipal Corporation revealed that the new building would have an open terrace with a dome, as well as two basements with a parking space for 16 cars.

With the expansion of Salman Khan’s career comes the unsurprising expansion of his real estate. In addition to the Mumbai properties, Salman was able to acquire a 150-acre land in Panvel, also in Mumbai. Named after his sister, Arpita Farms is considered among the highest-priced in Mumbai. It boasts a state-of-the-art swimming pool, gymnasium, bungalows, a farm dedicated to domestic animals and horses, and ample space for biking. Arpita Farms alone has increased Salman Khan’s net worth by $11.5 million. However, recent news reports that the Salmans were in hot water due to the alarming number of constructions carried out at the farm at Wajapur, an area designated as eco-sensitive.

Another real estate that has increased Salman Khan’s asset value by $4.3 million is his holiday home in Gorai Beach, Salsette, also in Mumbai. This 100-acre property features two bungalows and a two-story farmhouse. The property boasts unique features such as a swimming pool, a mini-theater, and a gymnasium. Reflecting Salman’s fondness of motorbikes, this estate has a huge arena dedicated for dirt biking.

Salman Khan has extensively invested in properties all over India and other countries. Some of these smaller investments include a flat at the Sterling Seaface at Worli and at Carter Road. He also owns an apartment at the Burj Pacific in Dubai, and a triplex apartment at The Address, a luxury building at Bandra. 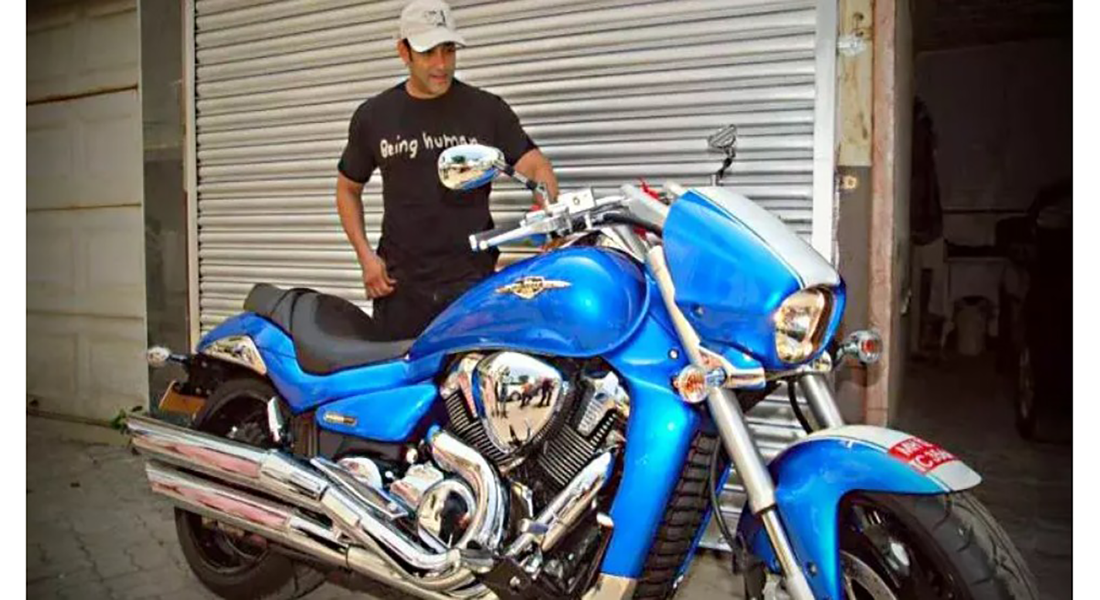 Salman Khan’s collection of swanky cars comprises of top-of-the-line brands that will definitely make anyone’s jaw drop, not to mention the car lovers out there. Even though his collection does not include the world’s most expensive supercars, he still drives very impressive cars. His fleet includes Mercedes-Benz S Class, Range Rover Vogue, Lexus LX 470, BMW X6, Audi RS7, Mercedes-AMG GLE 43, and Toyota Land Cruiser.

It is not news to everyone who knows him that Salman Khan is a huge superbike enthusiast. So it will not come as a shock to know that he also enjoys the ownership of some of the world’s most expensive motorbikes. These bikes include a Suzuki Hayabusa, valued at $26,000 and a Yamaha R1 valued at Rs. 16 crores. Other notable rides include Suzuki GSX-R1000Z and a Suzuki Intruder M1800 RZ, each valued at about Rs. 16 crores.

The total value of all his cars and motorbikes? A whopping $4 million.

In 2016, in celebration of his 50th birthday, Salman Khan gifted himself with a private luxury yacht. The $400k million sailboat is a replacement for an older yacht that his brother had bought in 2009.

All of this may sound like a generic story of a typical actor making huge bucks. But believe it or not, there is more to Salman Khan than meets the eye. According to details last updated in 2019, Celebrity Net worth reports that Salman Khan net worth is a whopping $310 million, which is accumulated primarily through his involvement in the film industry and brand endorsements. 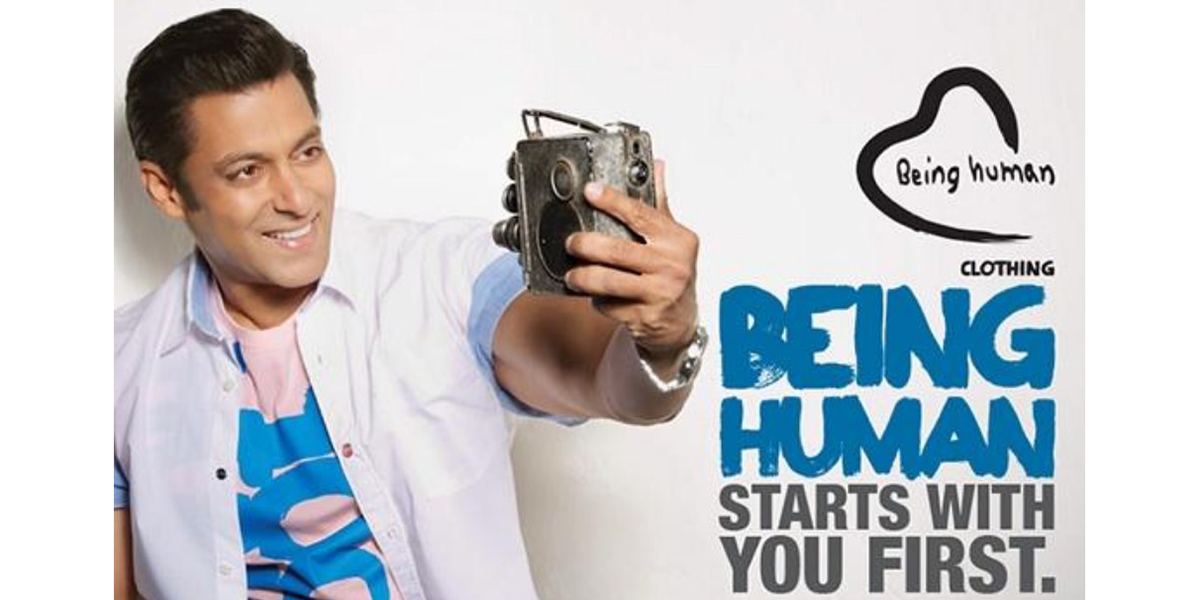 Salman’s lavish lifestyle has been riddled with numerous controversies and issues. However, this veteran actor puts aside all these issues when it comes to philanthropy. He does not miss an opportunity to reach out to the needy. From playing with underprivileged children, donating auction money to charity, Salman has poured his heart to charity. Besides, he has distributed 200 bikes to street children and celebrated events with the slum residents. Interestingly, Salman has adopted villages (yes, villages—you read that right!). His acts of compassion and willingness to help the poor leave marks all over his homeland.

And it is this compassion that has prompted Salman to create Being Human Foundation.

Established in 2007, Being Human Foundation is a Mumbai-based charitable institution that focuses on providing education- and healthcare-centered financial support and services for the impoverished. It started as a center that provides educational resources, such as math tool kits, in Waje Village in Maharashtra. Soon, its service branched out to providing employment for the specially-abled people.

In 2009, in line with his goal of helping those suffering from extreme poverty, he launched a new clothing line called Being Human. He forged a partnership with a company called Cottonworld to manufacture and sell Being Human T-shirts. In two years’ time, they were able to sell 65,000 pieces of the garment, and all the profit was given to and used for charity.

What does the future hold for Salman Khan?

At 53 years old, Salman Khan has had incredible success in his career. However, it’s hard to accurately predict what will befall him in the near future, especially being a partaker in the ever-evolving film industry. That said, having earned $33.6 million in 2017 and $37.7 million 2018, one thing is clear. Salman Khan is on the top of his game and he is poised for increased earnings in the coming years. One more thing–we may see him rich. But wealth is relative. Compared with Bill Gates net worth, Kahn is, well, sort of poor in a luxurious way.

Top 10 Richest Women in America in 2022: Alice Walton, Jacqueline Mars & Other Ladies With Top Net Worth

Bill Gates Net Worth; How One Of The Richest Men On Earth Spends His Money