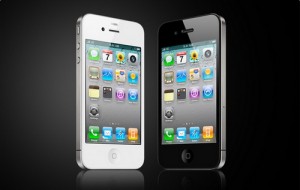 Apple had the world on the edge of our seats last week before they made public the new iPhone 5, and only 24 hours after the announcement was made Apple had already sold 2 million phones. As always, the company is claiming that it is the best phone that they have ever made. The wildly successful launch of the new iPhone means that you too can benefit from the company’s profits—you too can get a new iPhone.

If you’re like me, this “4g device” is incomprehensibly expensive– most Apple products are. Depending on your cellphone plan (i.e. whether or not you’re due for an upgrade) the phone can start at $200, but prices rocket up to $700 for some buyers. I desperately needed a new phone, but any amount in this price range is out of my league.

I and everyone else looking for a new, affordable, smart phone is in luck though: Apple is giving their iPhone 4 away for free. So if you are willing to settle for the third best phone Apple has ever made, this is a great affordable option.
There are a few contingents: you have to already be eligible for an upgrade (if you’re not though it’s still worth looking into because you can get it for cheaper) and you have to have a plan with AT&T, Sprint, or Verizon.

Overall it’s a great deal. I went to my local AT&T store this afternoon to take advantage of it and I’m already super pleased with the decision. I did some comparing between the iPhone 4 and the iPhone 4S—Apple has dropped the price of the 4S to only $199—and there really are not too many major differences between the two phones. Storage is the main exception, the 4 has 8Gs while the 4S boasts 16Gs. The 4S is slightly faster, has a slightly nicer screen, and of course has Siri. However, you can download the free software update for the iPhone 4 and get Siri for free.

You can compare all of the iPhones that are currently on the market here. Do you think that the free iPhone 4 seems like a good idea? Or would you rather splurge on a better, more modern, phone?

If you’re not into Apple products, Motorola may also be offering a great deal for upgrades. The company is updating all of its Android software to Jelly Bean. It is rumored that if your phone is not new enough to support Jelly Bean the company will take your old phone and sell you a new Android for only $100. Check with your service provider in the coming weeks to see if this deal is in fact true.

Every year when Apple comes out with new phones they do the same thing—give away the oldest version for free and lower the price of the phone that is being replaced. Given that my cell phone plan (and most cell phone plans) allow me to get an upgrade every two years, I’ll be able to get the “new” IPhone 5 two years from now for free as well! If you are looking to invest in a smartphone that is not Apple though, definitely check with your phone company. Apple competitors will definitely be trying to come up with deals to keep on the bargain smartphone market with the release of the new iPhone 5.

Have you heard of any good smartphone deals?