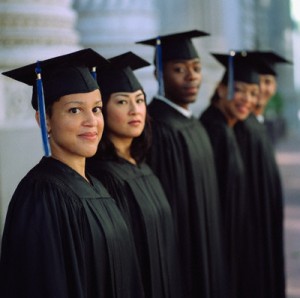 Financial analysts are worried that the level of student loan debt in the United States has reached crisis proportions, and will only need the slightest push to tip it over the edge. It’s hard to imagine undergraduates with six-figure student loan debts but that’s the reality made even more painful when in 2005 bankruptcy reform laws extended protection to private student loan lenders. Student loans now join the list of debts that can never be erased.

Despite the hand-wringing and anxiety, many are optimistic. In the midst of all this grief, there are programs that offer relief.

In June 2010, student loan debt in the US exceeded credit card debt for the first time. The Federal Bank of New York reports that in the 3rd quarter of 2011 “The outstanding student loan balance now stands at about $870 billion,1 surpassing the total credit card balance ($693 billion) and the total auto loan balance ($730 billion).” Viewed in the light of the global recession and current unemployment rates, there is a growing concern over the capacity of the system to absorb the increasing frequency of defaults and delinquencies. As the cost of higher education continues to soar there is a greater likelihood for the trend to persist.

A New York Times interactive graphic clearly presents the growth of student loan debt in the past 7 years. Colleges with the most expensive tuition and fees don’t necessarily have the highest levels of debt. Many of those attending schools like Harvard University are well-off and have resources to finance their studies without having to resort to student loans. For many, the soaring cost of college makes the American Dream just that, a dream. Still, “economists and many parents say that the only thing worse than graduating with lots of debt is not going to college at all, since study after study has shown that graduates earn more over a lifetime.” In the meantime, bad student debt remains high as government steps up its collection efforts. How this affects access to higher education and an economy that relies on college graduates for strength and competitive advantage remains to be seen.

Perhaps the future looked bright when you decided to take out a student loan to finance your college education. Now, heavy cloud of recession threatens to cast a shadow unemployment. The Obama administration has a plan to let some sunshine in with an income-based repayment plan. It caps payment of federal student loans to 10% of discretionary income from a previous 15%. It also shortens the forgiveness timeline to 20 years, instead of 25. Is this the solution you were hoping for? Mark Krantowitz  takes the measure of a presidential proposal to ease the repayment of student loans — at least to new borrowers.

CCRAA: Hopelessness Isn’t the Only Way Out

To have your student debt condoned in protracted courtroom proceedings, you have to prove the utter hopelessness of your financial situation. This is what Doug Wallace Jr., legally blind from diabetes and unemployed, had to do. The internet is rife with stories bouncing from one platform to the next of how student loans have ruined lives.

The College Cost Reduction and Access Act (CCRAA) provides some measure of relief by allowing anyone with certain types of federal student loans to pay debts on a sliding scale based on their income. In cases where your income is too low, you may be allowed to pay nothing at all. Study all the options available to you under this Act. Only 2% of all borrowers are enrolled in the program and chances are that if you’re having difficulty making your monthly debt payments you’ll meet the qualification criteria.  The last resort should never be an option.

Can you afford college?

The screenshot is of one comment in a  New York Times post on the subject of student debt. Jesse is lucky to have a support system that values education and knows the impact debt will have on his future. He complains about the unfairness of placing the burden of such a life-altering decision on the shoulders of a teenager but realizes that schools, families, and colleges need to work together “to ensure that everyone knows what they’re signing up for.” When you do sign above the dotted line, how much do you sign up for? The general rule of thumb for student loan borrowing is that the total amount of student debt should not exceed the borrower’s anticipated annual salary for the first year out of school. Use the free online tools such as those provided by the American Student Assistance (ASA). These twin rules can never be overemphasized: (1) Borrow only what you need; and (2) all loans need to be repaid.

These resources will help you grasp the basics of students loans, including the different types available and what differentiates them. You’ll learn how to about application, payment, and deferment procedures.

This is Andrew,a financial counselor. I enjoyed some of your articles posted on your site financesonline.com. I must appreciate your hard work and wish you good luck.
I'm Interested in submitting a post on a relevant topic that is still need to cover.Let me know what you think.
Thanks for your time!..:)

Hi Andrew! I'm glad you like the site. Unfortunately, we're not interested in guest posts at the moment, but we may want to pursue that direction in the future, so I'll let you know when there's an opportunity for you.