Education has always been touted as the last bastion of hope for equality, which, when accessed by the youth who are the leaders of the future, will truly serve as the great equalizer. But with income inequality on the rise globally and worsening in America, a so-called achievement gap between rich and poor children is now widening.

No doubt, income inequality has also reared its ugly head to “tomorrow’s leaders” as the salve of education thins out to level the playing field.

In a study by Sean Reardon, professor of education and sociology at Stanford University titled, “Wither Opportunity: Rising Inequality and the Uncertain Life Chances of Low-Income Children,” it was found out as the income gap between high- and low-income families has widened, so is the achievement gap between children in high- and low-income families, and it has been growing in the last 50 years. The gap is widest among children born in 2001 (pre and post economic recession times) at 30 to 40 percent.

Likewise, the growing income achievement gap does not appear to be a result of a growing achievement gap between children with highly and less-educated parents, but the difference in incomes earned by them. (The relationship between parental education and children’s achievement has remained relatively stable in the last fifty years).

Certainly, family socioeconomic characteristics and academic achievement have changed during the last fifty years, and income inequality plays a major, if not a complicated part.

Education, in general, has its own inherent problems and imperfections in the U.S. and elsewhere in the world. The U.S. K-12 schools are consistently hounded by problems of effectiveness, access, completion, and funding, among others.

Still, the importance of education as a national priority in most nations is reflected in the attention it receives in reforms and policies, particularly in funding. In the U.S., Pell grants and other funding assistance including loan programs and tax credits for lower-income students are supposed to make education more affordable for everyone.

However, these solutions are in themselves problems in the murky cause-and-effect stream of income inequality: more tax money to finance education programs (like the Pell grants), overwhelming student loan problems, and the need for economic activity that will spur spending, resulting to higher cost of tuition and schooling in general.

A report by the National Center for Education Statistics shows that since 1972, the share of low-income high school graduates who start college immediately has about doubled, but half of students who enrol in a post-secondary school don’t complete a degree within six years. For African-Americans and Hispanics, the rate is about three-fifths.

The data proves that despite the federal government’s moves to ease educational access for all, the gap in college completion rates between students from the bottom and top fifths of the income ladder has doubled since the 1970s. Today, those from the top fifth are now seven times more likely to graduate than those from the bottom, the report says.

Stagnant family incomes coupled by rising costs of living (including tuition) plus the sensitivity of the issue on additional public subsidy for education (taxes) forced parents and students to borrow twice as much every year compared to the last 10 years. Student debt in the U.S. is now at $1 trillion (more than the national credit card debt). The Education Trust made a stark note of what’s happening: low-income students are more likely to borrow, and less likely to finish, than higher-income classmates. 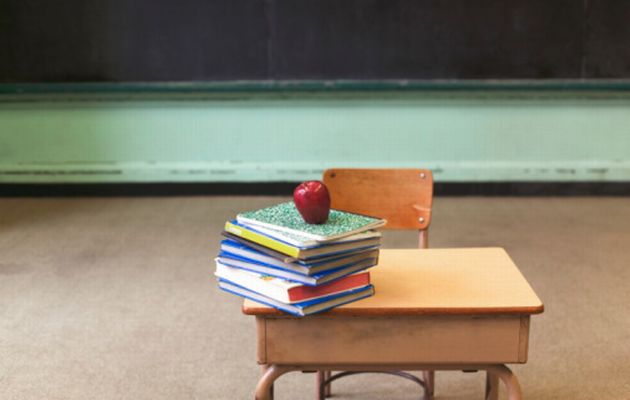 THE MARKET VALUE OF EDUCATION

The recent report by the Labor Department on the highest and lowest paying professions in the US did not only showcase the seemingly infernal disparity in take-home earnings between the top 1 percent highest earners and the bottom-rung laborers, it also highlights a very telling truth: education is crucial if one is to fight at a chance of better living condition through better job opportunities and therefore, higher wages.

In the report, we see medical and legal professionals, C-suite or CEOs and executives, and highly skilled workers as the top income earners, while menial or low-skilled jobs like shampooers, dishwashers, wait staff, and attendants earn the lowest.

No matter how some people may philosophize about the (non) value of education in today’s ever-changing world (which is true only for a handful of people in non-ordinary situations), the realities clearly point to the importance of investing in it. The real issue now goes back to how to pursue education for those on the marginal side of income.

Education is one of the most reliable tools by which a society can lift the lives of its less advantaged youths and their families, and improve their chances at becoming productive, self-reliant adults, and contributing members of society. Although there are many factors that may affect achievement gap and education completion, income inequality clearly has a hand in determining who gets sustainable access to learning, and therefore a chance for a better future.

With income inequality on the rise coupled with problems on cost, completion and debt, the quest for education seems to widen rather than temper class division. It takes a village to raise a child, hence, both the government and the people must agree on workable solutions that will address the narrowing of the income inequality gap – with decisions and actions for the best interest of those who carry the future.