Money and Finance for Women this Week 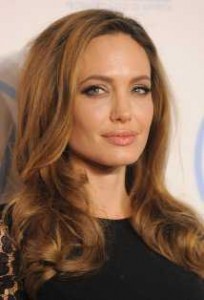 The week’s news and hot topics on money and finance that are relevant to women reveal a growing number of successful female entrepreneurs, while many average waged women still struggle. Breast CA is put on the spot and men are found to be the real shopaholics.

The preventive double mastectomy announcement by Angelina Jolie draws attention and praises that undergoing the knife doesn’t make anyone less than a woman. Many women who have had the surgery to take out a lump of cancerous cells or those who are scheduled to undergo the knife are encouraged by Angelina’s coming out. But another issue, albeit buried under the womanhood and health angle, is the cost to anticipate the defective gene called BRCA1. The test can reach up to $4,000, well beyond the average salaried woman to avail of. For Angelina, who has a strong family history of developing cancer, the preventive surgery can likely save her life in the future; but for the rest of women, we can only hope the test is made more accessible in days to come.

Alexandra Lebenthal laments the fact that despite a growing confidence in the U.S. economy, women are still struggling to get back on their feet. The 2008 recession, she says, wiped out 18 years of wealth at its worst for many households. Around 8.4 million jobs were lost and 200,000 small businesses closed shop, she cites. Government economic analysts are harking about a recovering economy, but Alexandra notes a declining spending rate among women—an indicator that times are hardly as were before for many women—even for wives of investment bankers. More so, divorced women are still scaling back their shopping to make both ends meet. She notes that while many women have earned back their jobs, over half of the newly employed are given part-time work with low wages. Not a good indicator of the much ballyhooed economic recovery of late, is it?

Would you believe that men are the real shopaholics? A study at least suggests yes. Men are spending 37% more on alcohol (not a surprise) and 20% more on eating out in places like coffee shops and fast-food restaurants. The caveat maybe, the study cites, is that men tend to foot the meal bill. But some truths remain intact—women outstrip men in buying for clothes. Nothing new there.

She is one of the most prominent women in the financial services and she is taking over 85 Broads, the prominent global network of really successful women from across various fields. Originally founded by women who have held jobs at Goldman Sachs, 85 Broads has expanded to become a kind of women’s club to empower more women to success. Sallie shares her excitement about the growing role of women in the corporate America, noting the emergence of successful women entrepreneurs in New York. “These are people who are operating outside the traditional corporate parameters, in a way that is really moving the dial and shifting the whole construc,” she says.