Space Tourism: How Much Should You Save For A Space Trip?

Commercial space travel has developed to include not only convenience in space transportation for astronauts, but also once-in-a-lifetime outer space exploration for the idle rich known as space tourists. Before, astronauts traversed space in capsules, rockets, and orbiters. But with commercially designed space vehicles developed under NASA’s collaborative programs with space aviation agencies, a more convenient and “human-friendly” mode of space movement now enables non-space professionals (99 percent of our readers) the rare experience of a space holiday.

The world is indeed getting smaller every day. It’s not that Earth, as official home for humans, is diminishing in size. It’s the feeling of running out of tangible space, what with overpopulation, and virtual space narrowing as a consequence of the information age. The good news is there is a vast space out there, and these days, you can literally go far from the madding crowd, as long as you have the bucks.

Inter-galactic researches and space travel tests have paved the way for a safe outer space travel experience for non-astronauts. The current safety standards require operating companies to meet the FAA requirements and standards for safety of the public, both during ascent and during the final re-entry. The law also requires crew and passengers to sign informed consent agreements.

Although outer space tourism is still in its baby steps, bookings for some space tourism operators are now on-going. Like any trip preparation, space travel entails questions that a smart and savvy tourist always asks. What are the trip’s highlights? How long will it take? Is it safe? What is the cost of a trip to outer space?

We’ve rounded up facts and figures on space tourism gigs that you may want to save up for. There is one that is free, but with just one little condition. Find out your options.

Travel dates: The company plans to start test flights in 2014. It will be another 6-18 months before it can be ready to ferry passengers to space.

Vehicle: The Lynx rocket plane which can hold a pilot plus one passenger.

More Info: The Lynx will take tourists to suborbital space and will make four trips per day. XCOR has sold about 300 tickets at $95,000 each, which has given it enough funds to develop its spacecraft. The company’s CEO, Jeff Greason, says they are not aiming to get ahead of competitors in the space race and their battle is with economics and physics.

Vehicle: A pressurized capsule that is hauled up by a space balloon and parafoil.

Travel Date: Balloon trips are scheduled to start in 2016.

More Info: The balloon trip will take space tourists to 100,000 feet above earth. The vehicle will float up into the suborbital flight and then glide back. The trip is expected to last for about four hours. Passengers do not need any anti-gravity training. They can enjoy refreshing beverages in the cabin.

Price: US$250,000. Required for a guaranteed seat on the earliest available flight. Bookings are easily accomplished online or through the firm’s accredited space agents. The earlier the reservation is made, the sooner one gets to travel into space.

Travel date: Flights are scheduled to start by 2015.

Vehicle: SpaceshipTwo featuring the Astrobatic cabin, it is capable of carrying six passengers up to 68 miles above the earth’s surface.

The Trip: The firm calls its space passengers future astronauts, numbering about 600 already. They embark on a 3-day preparation with the crew, and are set to an initial 50,000 feet launch, after which the vehicle hauls itself into space at three times the speed of sound. The dream experience documentation reads a lot like any other first-time tourist diary, making the actual trip a must for those who need more than words like “spectacular views” and “the silence of space.”

Freebies: Aside from the outer space trip, paid passengers are also given access to exclusive Virgin Group events like the G-force training, test flight celebrations in Mojave Desert and some trips with company founder Sir Richard Branson.

Price: The company has announced that its target launching price for the trip is $140 million (7-crew package) or $20m per seat.

Vehicle: Dragon capsule. This is a free-flying and reusable spacecraft that made headlines last year for being the first commercial space vehicle in history to successfully attach to NASA’s International Space Station (ISS) through its robotic arms. It is used to transport cargo and crew, for in-space technology demonstrations and scientific tests. With the Dragon space trip, one can ride this famous space shell.

The Trip: The Dragon space trip is a kind of low earth orbital flight. It is in line with SpaceX founder Elon Musk’s mission of revolutionizing access to space. The upcoming Dragon flights would include non-NASA crew members, the first of which is timelined by mid-2015. The trip is an orbital flight into a 370-kilometer orbit. (More revolutionary space flights are planned by Musk, including flights enabling human exploration and settlement of Mars in 10 to 20 years time under the company’s Mars One colonization project).

Because the parabolic flights simulate the space experience, the Zero- G space trip is much cheaper than full-on space travels. Still, with the Martian and lunar gravity close-to-real experience, it is value for money already.

Freebies: The Zero-G flight suit and merchandise, certificate of weightless completion, photos and video, and Regravitation Celebration. The trip also offers family and friends bonding time via the Non-Flyer Guest Package, where companions who do not wish to fly can still join the many pre- and post-flight events.

What if living on Earth proves too much already? Is there a one-way outer space ticket for the Earth-worn and tired? Consider signing up for the Mars One project. Around 78,000 people from 120 countries have already applied (some people reportedly even signed up their own family members) for a one-way trip to Mars to join an experimental settlement project on the red planet.

6. The Mars One Project 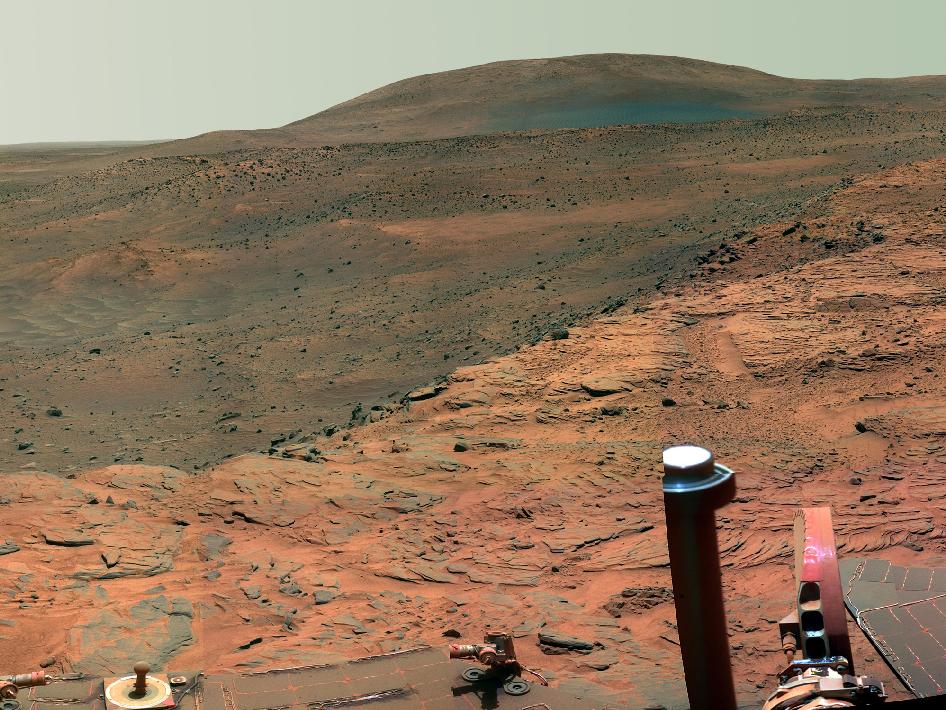 The Trip: The recruitment dubbed “Inhabitants Wanted” started in April this year via a televised global selection process. Anyone 18 years old and above can apply, with intelligence, mental and physical health, and dedication to the project being the highly important criteria. The selected “inhabitants” will undergo eight years of training before the 2023 flight.

Preparations for the trip include a series of robotic cargo missions and outpost building for Earth simulation between 2016 and 2021. The first four immigrants will arrive in 2023, followed by more settlers every two years. The “pioneer settlers” will not return to Earth, but will live and work there, making it their permanent new home. This mission will be broadcasted, from the selection of inhabitants to arrival and day-to-day living on Mars.

The Future of Space Travel: Can You Afford it?

So what’s the future of outer space travel especially in terms of cost and affordability for the 99 percent? Industry observers think that once commercial space tourism becomes steadily successful, it won’t be long before high demand and more industry players scamper to take a piece of this highly profitable pursuit.

It will take over 83 months of diligently saving one’s $3,000 gross monthly salary to raise the Virgin Galactic reservation deposit, let alone the whole package. Is there a chance space travel can become more affordable like airline industry fees? There could be.

The initial high cost of space travel is intended to fund more researches and conduct the model flights, all meant to lower human space travel cost in the future and enable the experience for all, without having to shell out tetragazillion dollars. While expanding the playground for the idle rich, it is also expected to open the floodgates for new opportunities in career, business, education, science, technology, finance, law, and commerce (especially true for space apps and widgets developers).

With this, it won’t be long before we see the days of traditional earthbound events and activities expanding into outersphere proportions, more important of which is the Ms. Universe pageant and then some spacesports (Space Olympics, NBA Space Series, FIFA Space Cup), spaceshopping (God knows Earth has ran out of land to satisfy megaretailers’ demand for more malls) and spacepublishing beginning with The Ultimate Space Travel Guide for Under $300 or Cheap Martian Hotels from $19.99.

Are you willing to save up big for a dream outer space travel?
Or do you have ideas that will replicate the experience minus the high-heavens cost?

The idea that space travel can be something like planning a Lapland holiday is most welcome. Though I bet it's not as easy as what Virgin galactic purpotes it in their website. Before training with the crew and certainly before the Mojave parties with Branson, there's got to be some psychological tests apart from the usual diagnostics, I presume. Does space tour operators share obligation on this safety aspect? As a travelz and tour operator myself, I do hope the standard waiver does not apply here. While the informed consent expands co-responsibility between space operators and passengers, (I have yet to give it the full time, maybe if I have disposable $250k to join a group space tour), I figure this won't do once space travel becomes, as you guys very well foresee it, affordable for the greater public, since that's what this eventually will come into, like airflights. Anyway, since this eventuality will certainly take centuries, let's just live for the presents and hope those who are privileged to experience space can actually share it to people on ground. I read somewhere that there's a lot of confidentiality clause on Virgin, just hoping real accounts and experiences being shared afterwards are not one of them. Or else how can we know if Lapland is even better and cheaper? Nice read, I should have said that first thanks.