It seems that every couple of years there is a newsworthy art heist somewhere in the world that draws media attention both because of the violence of the robbery and the high value of the art stolen. Art thieves incredibly get away with tens–if not hundreds– of millions of dollars of paintings and valuables; sometimes bearing weapons and threats in the process.

Art has held important cultural value in different societies throughout human history since the beginning of our species. The ability to create art is a trait that humans alone possess, so it is no wonder that we display our best artists’ work in national museums and that individual buyers fork out seemingly impossible costs to purchase renowned art for their personal collections.

If you are questioning how someone could manage to get away with such an expensive and extraordinary robbery of such heavily guarded cultural pieces, you are not alone. That’s why we’ve dedicated this article to exploring some art robberies that will leave you in awe. 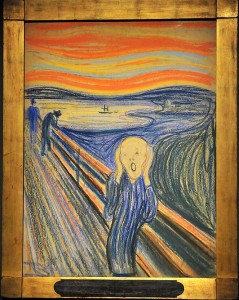 One of the most famous art heists in recent history happened in 2004 in the Norwegian Munch Museum. The thieves only stole two paintings (which in comparison to some other heists was relatively small), but it was an especially notable feat given the fame of the paintings stolen: Edvard Munch “Scream” and Munch’s “Madonna”. The estimated value of the two paintings together is around 19 million dollars. In the case of this heist, poor security measures have been to blame. The two pieces were simply hanging on wires on the walls of the museum and were apparently fairly easy to remove and run with.

Fortunately both paintings were recovered two years later in 2006,  but they had suffered considerable damage. 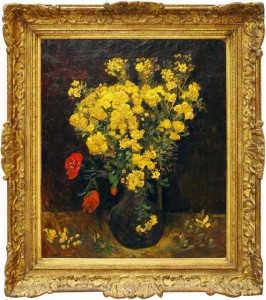 A Van Gogh painting, “Poppy Flowers” was stolen from an Egyptian Mahmoud Khalil Museum in 2010. Again, this was an extremely high value robbery as the painting is worth an estimated $55 million, and has yet to be recovered. A lack of security maintenance is to blame for this robbery as well; a reported 36 of the museum’s 43 security cameras were not functioning the day of the painting’s theft.

This robbery is especially noteworthy because it is not the first time “Poppy Flowers” has been stolen, it was also taken in 1978. Clearly the painting was recovered, but it was a whopping ten years later from an undisclosed location in Kuwait. 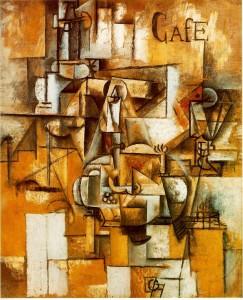 While there is some hope that art will be recovered after being stolen (even years later in some cases) much stolen art is known to be simply lost forever. For example, “Le pigeon aux petits pois” (The Pigeon with Green Peas)  by Pablo Picasso was stolen from Musée d’Art Moderne de la Ville de Paris in 2010. The art thief, scared, threw the painting into a trash can shortly after stealing it. Unfortunately, the garbage was emptied and taken away before authorities could locate the painting, and it is therefore expected to be lost forever.

As you can probably imagine, stolen art is extremely difficult to resell, especially if it is high profile stolen art. In fact the FBI has an entire unit set up dedicated to located stolen art of value called the National Stolen Art Files (NSAF). 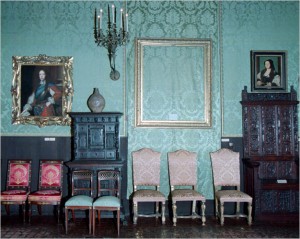 The biggest art theft in history happened in 1990 in Boston at the Stewart Gardner Museum. It is known as the biggest because of the value, mass, and particularly impressive array of art stolen. The estimated value of all of the pieces taken is $500 million and includes artifacts dating back to the Shang Dynasty, Manet, Rembrandt, and Degas–the oldest item taken is more than 3,000 years old! The pieces have never been recovered.

One of the most impressive things about this robbery is not the actual value, but how little the thieves actually did considering how much they got away with. The robbers simply put on disguises and rang the bell to the backdoor of the museum during closing hours. All-in-all the robbery took less than an hour and a half, and the thieves escaped without any violence or high-tech action with hundreds of millions of dollars of art.

Twenty years later, the frames of each of the paintings are still hanging in the Stewart Gardner Museum as a symbol of hope that they might one day return.

5. Making a Show out of a Heist 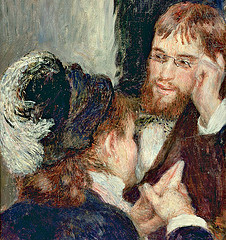 While some art thieves choose to act quickly, like in the above case of the Gardner Heist, others act much more violently. This is the case of the heist that occurred in 2000 in Stockholm at the National Museum. The thieves set off a bomb on the other side of the city to distract police and trick them into thinking that Stockholm was under a terrorist attack and went armed into the museum while the police were distracted. Since Stockholm’s National Museum is located on the water their getaway vehicle was a speedboat.

The heist was initially successful (in addition to spectacular) and the thieves got away. However, less than two weeks later the police had captured all 8 of the men involved in the heist and recovered the stolen artwork. The stolen paintings were by Rembrandt and Renoir and were worth a total of around $30 million.

6. The Case of the Mona Lisa 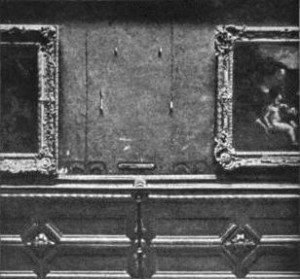 If you’ve ever been to the famous Louvre in Paris and seen Leonardo da Vinci’s “Mona Lisa” you will probably have a difficult time imagining how someone could steal such a famous and well guarded piece that constantly has so many eyes on it. Yet, in 1911 Vincenzo Perugia achieved the seemingly impossible and managed to steal the most famous painting in the world.

Perugia, a former employee of the Louvre (a quality that allowed him to get through to the painting unnoticed), had an especially interesting motive for stealing the “Mona Lisa”. Since da Vinci was an Italian artist, Perugia felt that the painting should be returned home to Italy. To years later Perugia was caught trying to sell the painting to an Italian who called the police on him. The painting was later returned to its home in the Louvre where it has remained since 1913. 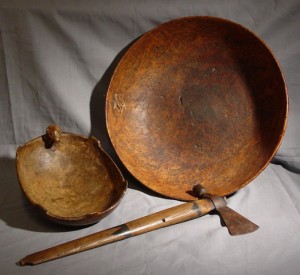 It is not just European art that is victim of thievery though. Native American art and artifacts have become increasingly popular in museum and art thefts in recent years. Arguably, however, the grand majority of Native American art that has existed was lost, destroyed, or stolen during colonialism of the Americas. Thieves normally find Native American artifacts and art somewhat easier to steal, particularly from less heavily guarded museums and burial sites.

Native American artifacts have special protection in the United States because of the Native Americans Grave Protection and Repatriation Act (NAGPRA). The goal of NAGPRA when it was created was to return culturally important and significant artifacts that had been taken from Native American groups after colonization to their rightful owners. Meaning that federally funded institutions and agencies in particular are required to return artifacts to their respective people.

8. The Dead Turn in their Graves 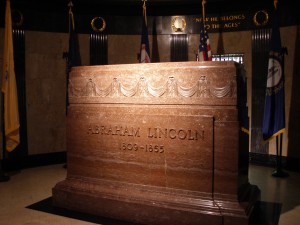 Historically, grave robberies have been a particularly creative way to steal art and other valuables. In many societies throughout human history bodies were buried with treasures that were meant to accompany the departed soul – think ancient Egyptian tombs! So you can imagine that in many cases robbing from the dead would not only be a relatively easy endeavor, but an extremely profitable one.

The robbery of Charlie Chaplin’s grave in 1978 and the attempted robbery of Abraham Lincoln’s in 1876.

Chaplin’s body was successfully stolen from his grave in Switzerland a few months after his death in 1977. The thieves held his body for ransom, but interestingly Chaplin’s widow refused to pay the ransom being asked for her late husband’s body. Two months later local police managed to locate the thieves by maintaining communication with them and setting up more than 200 police at all of the phone booths around the city. This led to the men being traced to a phone booth and arrested, then Chaplin’s body being returned to its grave.

Abraham Lincoln’s body was at extreme risk of being robbed after his death, and Lincoln’s family made a number of different attempts to guard it well. After robbers nearly got away with stealing the body in 1876 with the intent of holding it for ransom for $200,000 ($4,249,310 when adjusted for inflation). His body was then hidden in a secret location at the bottom of the tomb until 1901 when one of Lincoln’s sons had his body put into a steel cage and covered with concrete ten feet down in the ground.

As you can see, art heists can be extremely profitable for acting individuals or groups. Yet, the cultural loss when art is stolen cannot be measured in monetary value. We can only hope that museum security continues to improve and that stolen art recovery can help uncover lost art.