10 Most Ridiculously Expensive Haircuts Of All Time

The haircut, the basic of all hair grooming acts, can come anywhere between practical frugality and stylish squandering. When it comes to hair spending, there are many people who confessed not willing to pay for a cent to cut strands that will grow back anyway. It’s quite easy to understand – a scissor, a comb and a friend with 20-20 vision  is all you need. One can even ditch the comb and the friend for a DIY haircut. In contrast, there are those who have actually spent an equivalent to a home down payment just to tame their mane.

So what is the price of a haircut people are willing to pay? We rounded up a list of individuals who have consciously and willingly spent extravagantly for a not-so-simple haircut, a mix of men and women who represent the hair-raising price range that extreme tightwads merely consider ridiculous luxury.

While men get an equal share of the roster in this list, we believe that thousands of dollars more have been spent by anonymous hair divas from the time of Farrah Fawcett’s ‘70s angel waves to Kate Middleton’s Chelsea Blowdry today.

What are the most expensive haircuts ever, and whose heads do these mega manes adorn? Here’s our list, from the so expensive up to the so overpriced. 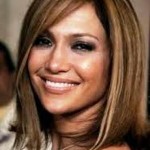 Jennifer Lopez’s haircut demands are exclusively entrusted to the able hands of world renowned hairstylist Oribe. His fee comes up to $400 for even the simplest trim at the ends of Lopez’s week-old new growth. Oribe also do not do any haircoloring, his art is focused on the cut, so there’s got to be more that’s being paid for his specialty and mastery. 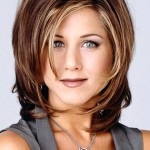 Next on our list does not come as a surprise – Jennifer Aniston, who once made the world stop with the now iconic The Rachel cut she sported in Friends. The sitcom made its six lead stars not only famous but rich as well, but Jennifer went on being really popular with her ageless look, thanks to her $600 per service haircut from stylist Chris McMillan, who actually created The Rachel for her. And whatever the season may be, Aniston maintains the layered bob effect. 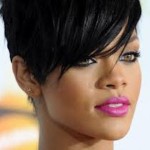 Rihanna definitely gets a spot for the most expensive haircut due to the frequency of the hair services she requires from celebrity hairstylist Ursula Stephen. Rihanna reportedly requires almost a week of continuous hair care, topmost of which is cutting her hair here and there to achieve the ever-changing daring styles she sports on and off stage.  The fee comes up to almost $2,000 a week! 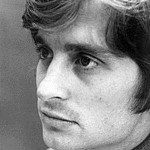 The year was 1969, and 25-year-old actor Michael Douglas was prepping up for his role as Carl Dixon for the movie Hail, Hero! As a student who quits school to join the Army, a scene in the movie required him to have his long mane cut, to the tune of $1,000 (that’s $6,000 today) paid to the “amateur barber” who did the job. Douglas was said to be unhappy with his new haircut, but a nomination as best newcomer of the year from the Golden Globes Award made up for the lost strands. He lost to Jon Voight who starred in Midnight Cowboy though. 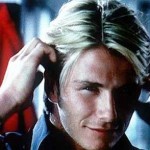 Recently retired soccer superstar David Beckham got his rich, somewhat long mass of hair cut and softened as requirement for his endorsement contract with Brylcreem, the hair cream for gents’ sleek, smart hairstyle. The price: $6,000. The  look is to give Brylcreem a lift of modernity, promoting it not just as men’s hair cream for classic well-groomed hair but for modern, sporty men as well. 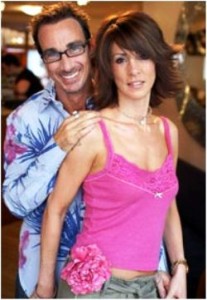 The next on the most expensive haircut list cost $16,000 that was paid for to the locks of Italian billionaire Beverley Lateo from Pisa. The job was done by hairstylist to the stars, Stuart Phillips in his Covent Garden Salon in London. Apparently, Miss Beverley couldn’t find a suitable haircutter to give her long layers some fresh makeover, so Phillips of British magazines and ladies-who-lunch fame got the offer. It was not just indiscriminate spending after all, as the client got a service deluxe for her trip, including a limousine service, a champagne lunch and a luxurious massage, among others. 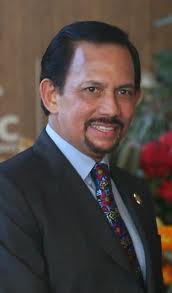 The haircut of Sultan Hassanal Bolkiah of Brunei is on our fourth most expensive list, as the royalty pays an average of €24,000 (or roughly $31,000) to his favorite “barber” Ken Modestou from the salon of Dorchester Hotel in London. To get his job done, Modestou is flown first class to where the Sultan is. The fee may be so much to drool for those whose annual income sums up to that figure, but for the sultan whose estimated net worth is $17 billion, it’s just a drop of water in the ocean. Lucky Modestou has been in charge of  the sultan’s royal mane for 16 years. 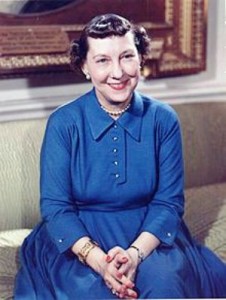 Flashback to the mid-1950s Washington, when First Lady Mamie Eisenhower started a trend that garnered mixed reactions. It’s the Mamie Bangs, and one either loved or hated it at that time. The First Lady got her famous bangs from Elizabeth Arden who cut and styled it for her in Paris. Mamie reportedly loved it so much she had Arden care for her haircut (or fractional haircut as it covered only half of the forehead) from thereon.

We will place Arden’s cutting and styling fee as easy guesswork (given her renowned skills and her client’s social status), and so it is justifiable to assume that it was a megabuck bang. Also, knockoffs of the Mamie Bangs (ready-made bangs that were the craze back then) flew off the shelves at $15 to $25 each piece, and that’s the 1950s. 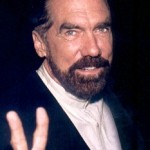 In January 2005, John Paul Dejoria, a hair care guru himself and co-founder of the hair care company John Paul Mitchell Systems had his trademark ponytail cut off at a whopping price of $40,000! The extravagant chop was executed by Liza Geebons who is famous not as a hairstylist but as a TV personality. Although Dejoria is worth $4 billion, his family and friends also contributed to the haircutting “fee,” which went to the International Red Cross for the benefit of the victims of the tsunami in Asia. 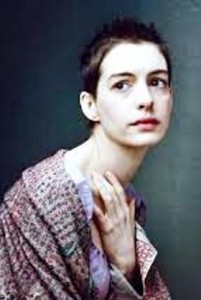 Hatha-haters can hate Anne Hathaway all they want, but it does not change the fact that the actress is as lovely as one can be, whether in her princess hairstyles or in her post-Fantine pixie do after starring in the 2012 film version of Les Misérables. And it was this destitute Fantine hair that got Anne’s haircut into our list of the most expensive.

Why? Director Tim Hooper wanted a really savage haircut using a knife to make Anne’s languishing Fantine look realistic. West End actress Nicola Sloane was entrusted with “hacking” the  hair in the scene where Fantine sells her hair in exchange for an embarrassing sum. The award-winning actress cried buckets after the shoot for the murdered hair which she’s been growing for three years. But contrary to Fantine’s fate, Anne’s brave act in the service of her art was rewarded with a hefty (reportedly) $8 million paycheck! That makes it the most expensive haircut in Hollywood to date.

And how much are you willing to pay for a haircut?

These styles are actually harder to do than most would think the stylists that get paid these prices are on point and just what they needed most was for movie or print work as a hairstylist myself I def got paid at least 10 times as much when I was on set rather than in the salon. It’s mainly a status thing with stylist “to the stars” it’s likr that kid who is a medium to the stars how many mediums do you know that are millionaires ?? Right so I hope
You see the point now it’s an excessive amount to charge but it’s mainly a status thing even in reg cities & reg people you’ll
See the price goes up according to the salon environment and such most of these stylist don’t even shampoo or blow dry they’re clients they have assistants all they have to do is cut . It’s an industry that is the sedition if you are paid what you’re worth also it’s somwtimes not what you know but who you know

I'm a barber and those prices are just plain ol' ridiculous.

I don't understand why they would pay so much.....I get that they have money to burn but really are are their hairdressers that much better or is because they're simply at their beck and call? The styles are nice too but nothing super out of the ordinary...