Versatile in style and a suitable look for almost all occasions, every sensible yet stylish woman should have a Little Black Dress. It is such a ubiquitous wardrobe piece that has rightfully earned the universal fashionista reference LBD.

Simplicity and timelessness are the hallmarks of a really functional little black dress. Simple so that it makes dressing up or dressing down for a lady easy and stress-free. Throw in a tailored jacket and one can get through the day, or wound up a pearl around the neckline and a lady is all set to dine and wine. Timeless such that it transcends trends where an LBD worn 80 years ago can be just as in and as resplendent today.

While mixing and matching with accessories and footwear can cloud an LBD’s true quality, manufacturer and price tag, the dress alone can dictate its worth as a fashion piece. Who made them, who wore them and the circumstances that surround when they made their public appearance also add up to the value of a little black dress over time, as we shall soon see.

So what are the Top 10 Most Expensive Little Black Dresses ever? We’ve rounded up a list that includes the most iconic and arguably the most expensive LBDs the fashion world has ever seen.

The lineup starts from some of the latest LBD styles today from the hottest young designers and which are still relatively expensive compared to their prêt-à-porter sisters, and moves up to the higher level of delicate glam and steeper price tag, until we reach the most iconic and therefore the most expensive of the lot. Here they are. 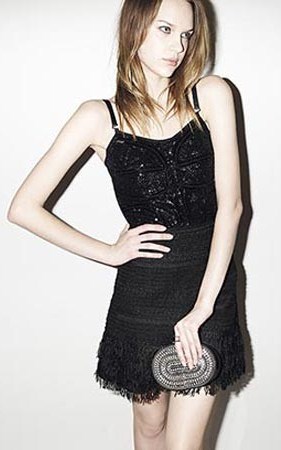 A simple yet killer scene-stealer at the same time, the Reiss Saskia little black dress belongs to the more high-end LBDs yet one can still possibly save up for this tiny garb. It evokes youthful dare and punk appeal with a structured corset-shaped bodice while the bottom half is an embellished A-line small skirt that’s high above the knee.

At first glance it seems as simple as any standard LBD, but looking closer reveals an elegant shift dress made with 100 percent wool, with a pleated design and full lining that is kind to the wearer’s body by falling on shape properly. The waistline  has hand-stitched golden glass beads while the zip line at the back is meticulously concealed. The overall look echoes the Turkish inspiration from its designers.

Simply put, it is classic, timeless and beautiful. The wool-twill fabric holds the dress shape well, making it perfect for travelling and durable enough to last for many years.

#8: That Dress (also known as The Safety Pin LBD)

No LBD compilation, whether it’s the most expensive, the most popular or the most unforgettable would be complete without “That Dress.” Yes, That Dress has become the universal reference for the safety pin little black dress that model and actress Elizabeth Hurley wore in 1994. Before that, Hurley was the virtually unknown girlfriend of the more popular Hugh Grant.

In need of a dress to attend Grant’s movie premiere, designer Gianni Versace sent Hurkey That Dress, simply saying it is what she should wear. The next day, Hurley was a sensation with side-loosened little black dress held together by oversized gold safety pins, her skin proudly showing underneath.  It was also widely open at the front across the bosom with few more safety pins holding loose pieces together. Versace described the design as simply neo-punk.

Actress Angelina Jolie literally stole the show during the 84th Annual Academy Awards in 2012, and a little black dress is an accomplice. On the red carpet walk all the way to the Oscars stage, the lovely Ms. Jolie showed off her skinny thighs out from the custom-made black velvet gown with a towering thigh-high split which is an Atelier Versace piece. Being custom-made, it perfectly accentuates the best features of Jolie’s legs.

On the whole, the LBD had strapless asymmetrical neckline with full A-line skirt where the thigh-high split was made. The ultimate in single-piece, ultra exclusive wearable art, Atelier Versace’s gowns fetch a price of anywhere from $10,000 to God knows how much. 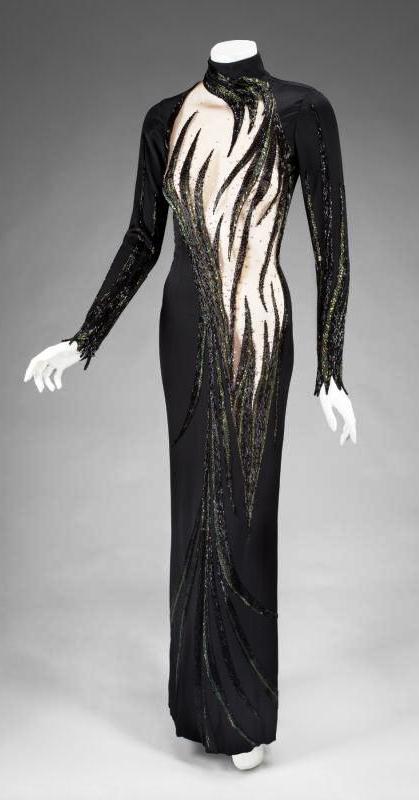 In 1975, singer-actress-host-performer Cher stunned her audience with an iridescent little black dress-slash-gown designed for her by long-time friend designer Bob Mackie. The show just debuted a month ago that year and the multi-hyphenated artist had won America as shown by the high ratings, hence the ultimate in visual and artistic pomp had to be served consistently.

The dress was a turtleneck full-length black satin dress with long sleeves and incorporates a nude illusion panel on the breast portion, with embellishments of beadings and feathered patterns. It was worn with a black feather overcoat. This striking LBD was auctioned in 2011 by Julien’s Auctions and fetched a winning bid of $28,125. 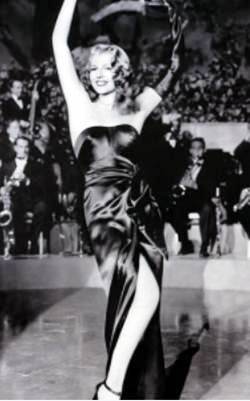 Gilda was a 1946 film noir starring Rita Hayworth in a femme fatale role. One of the pivotal scenes in the movie shows Hayworth in a little black dress singing Put the Blame on Mame in a provocative striptease style.

Made by designer Jean Louis, it was the perfect dress for such an important scene, a sheath strapless made of satin with a straight neckline exposing bare shoulders. A side-slit cut the long gown down. The pair of long gloves is part of the dress. It costs a staggering $60,000 at that time. The scene has been hailed one of the best fashion moments on film, and fashioned the LBD in a new light associated with the femme fatale.

Like all other fashionable women, Princess Diana contributed some of the most breathtaking images of the little black dress in history. But the one that stood out from all her other LBD photo-ops was the (in)famous little black Revenge Dress she wore in 1994. Royal accounts told that the dress had been on the back of the princess’s wardrobe for some time, but she was hesitant to wear the too sexy garb.

Following the night of Prince Charles’s TV confession of liaising with Camilla Parker Bowles for years, Princess Di went out for a public event for Vanity Fair wearing the vava-boom little black dress – a body hugging, off-the-shoulder, rouched mini LBD,  paired with a sexy high-heeled pumps. Between Prince Charles and Princess Diana, one can easily guess who got all of the world’s media attention. Thus, the best royal revenge was accomplished with help from a little black dress. The Revenge Dress was auctioned in 1997 for a hefty sum of $74,000.

The LBD that’s as famous as the movie where it was worn, the actress who wore it and the designer (Hubert Givenchy) who conceived it is undeniably the Givenchy little black dress. This is the LBD that Audrey Hepburn wore on the opening scene of the movie Breakfast at Tiffany’s that made a mark as among the most iconic piece of clothing, probably the most popular BLD of all time.

It is a sleeveless long gown with an embellished back bodice and shoulder-baring neckline. The long skirt is gathered at the waist and has a single- slit on the side. The pair of elbow-length gloves is part of the dress. The original dress is actually shorter and deemed inappropriate, so Paramount had its studio seamstress Edith Head lengthen the dress.

The Givenchy LBD was actually not just one, but three little black dresses from a singular design exclusively created for the film. One was given by Givenchy to his friend for charity auction by Christie’s in London on December 2006 and fetched £467,200 or $923,187 at that time. The second (the original piece) is kept as part of Givenchy’s private collection while the third is a touring piece making the rounds of museum around the world. 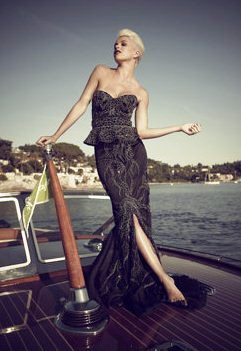 This LBD made its “public debut” in 2012 as part of a billionaire club event aboard the luxury boat J Craft Torpedo in Monaco. Loaded with impressive detailing, the dress has a total of 55 two-carat black diamonds sewn half on the peplum part and the rest adorning the shoulder lines while five more black diamonds are overlaid on the bustier. Embellishments include white diamonds over gold, intricate beadworks and a gold chainmail accent. The dress is made from hand detailing, weighs 13 kilograms and costs $3.5 million. 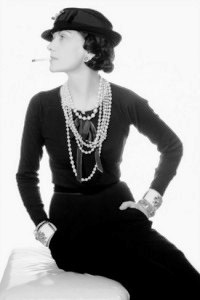 Known for her complex combination of luxury in simplicity, Coco Chanel shared her vision of a woman’s staple wardrobe on the cover of Vogue magazine (US edition) in 1926. It was a picture of a short, simple black dress, calf-length, straight (or boyish, garconne style) and embellished with nothing but a few diagonal lines.

Chanel designed it to adopt to all occasions and functionality, giving women the power to “own” it, recreating new looks and creating new dresses out of one single black piece of dress. The bible fashion dubbed it “the frock that all the world will wear.” Thus, the Little Black Dress was born! After the publication, the first incarnation of the LBD came out in a long-sleeved sheath version. And the rest, as they say, is history.

What is the most expensive item of clothing you own?